Assuming a spinning space station shaped like a wheel. With the inhabitant living on the inside of the Wheel to get spin gravity. Something like the station discussed in this post.

The needed speed and radius to achieve a certain gravity can be calculated using this page.

How large would the radius have to be for the people living in the station to feel that the ground is flat. I'm thinking that there are two aspects that to the feeling of flat ness that can be discussed separately.

This will be a problem if there are long lines of sight - you will notice the ground sloping upwards even if it does so 10 km away. We can see ground sloping down and Earth's radius is over 6 Mm. The shorter the line of sight, smaller the radius can be without people noticing. Also, humans are used to ground sloping up due to hills, so I guess that as long as you restrict the line of sight to about 0.2r (so you see ground slope by at most 10 degrees), people will be (mostly) fine as far as sight goes. With somewhat claustrophobic design, this allows for a radius on the order of 100m. Also, in a station with a radius of approximately 200m and low ceiling, the floor would disappear behind the "horizon" of the ceiling close to the 40m line. Making the station 10 times larger would allow for view range of several hundred meters, which (judging by human depth perception limits) should be more than comfortable.

I guess humans lack the ability to feel a difference of less than 1 degree (or at least can ignore it). While standing still, the length of your feet would require a radius of about 15m. Walking would increase this to about 50m and spreading your arms would require about 100m radius. Running involves losing contact with the ground completely, so I expect the problem shifts to you needing to gain angular velocity as you accelerate. At full sprint humans reach up to 10m/s, meaning that if we wish to keep angular speeds below 1 degree/s we'd need a radius of about 600m.

If you wish to simulate Earth-like gravity, physics is your enemy. You'd want little variance between the gravity at floor and head level - the difference is proportional to change in radius, so a 1% variation would require about 200m radius. Also, precession forces are significant above 2 RPM, requiring over 200m radius to maintain 1g.

According to the wiki, NASA research led to the conclusion, that radii over 500m (implying about 1 RPM) are comfortable for people.

Humans adapt to almost anything non-lethal. Reducing gravity and forcing the brain to get used to some weirdness can easily push the required radius down. Visitors would hate it, but the locals would consider it natural. Other than that, a radius of 500m or more should be fine for most people.

(Yes, I know, wiki is a bad source but this is not academia so give me a break.)

They are two very different things. Virtually any radius would feel flat when walking on, as long as the circle wasn't so small as to actually be noticeably circular underfoot.

Looking flat is a whole other issue altogether. On a clear day you can see maybe 20km - so you're going to need a circle big enough that a curve is not really visible at that sort of distance. If it's allowed to look a bit hilly (say 6 degrees slope up) then your circle will need a circumference 60 times that - 1200km, or a nearly 400km diameter circle.

The problem of "flatness" is that a line, horizontal at eye level in point A, will inevitably hit the deck. So you will see the "ground" in front of you, and the brain will tell you that you have a steep hill ahead, climbing towards the "sky". 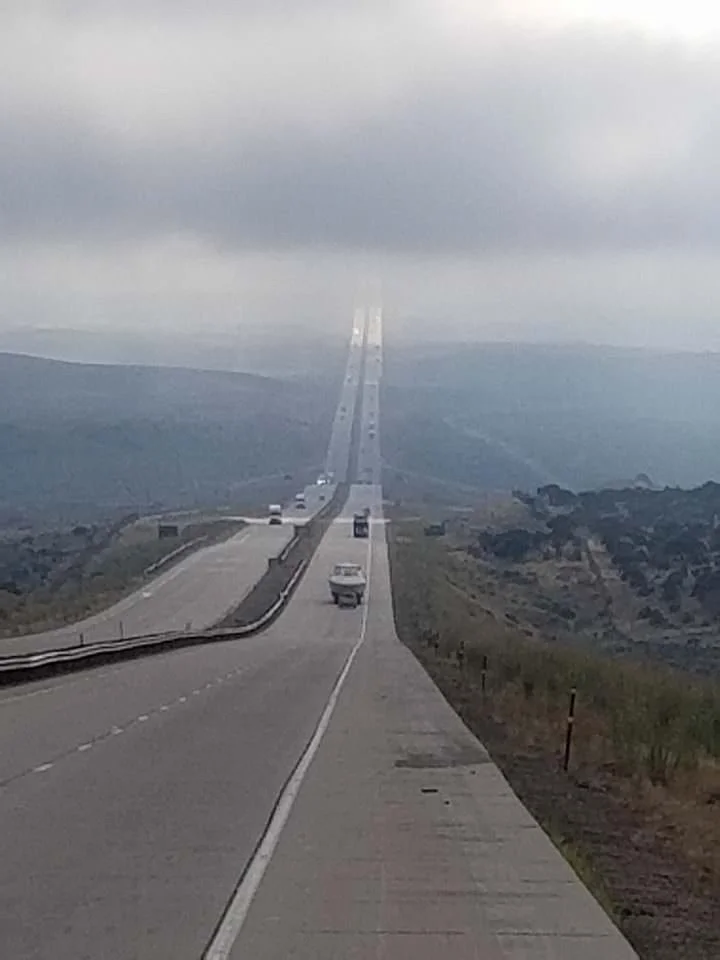 To avoid this, you must either:

This doesn't answer all the points if the question.

-Edit: I've recently watched a video about artificial gravity and, as the angular speed would be 0,00069 rpm, there would be no canal sickness. Also, the Coriolis effect would be minimum.

Not the answer you're looking for? Browse other questions tagged space space-constructs .

10
Is my space station feasible?