Is a sword that deflects bullets feasible?

Often in science fiction, we see that there are swords that deflects bullets, almost every single renditions has the sword wielder having hyper reflexes. The undeniably most famous example of this trope is the Star Wars light saber.

Forget about the reflexes a user of this sword would need, assume that I have found Superman or a really cool cyborg. Using modern or near future technology, could I build a sword that stops bullets? What about one that deflects them?

So your sword wielder has superhuman reflexes, but he'll also need some degree of superhuman strength to hold a bulletproof sword while it deflects a bullet. With that being said, there are a number of materials capable of withstanding bullets:

Known commercially as ALON, transparent aluminum armor is made of aluminum oxynitride, a combination of aluminum, oxygen and nitrogen. Before it can end up as a hard transparent armor plate, it begins as a powder. This powder is then molded, subjected to high heat and baked, just as any other ceramic is baked. Once baked, the powder liquefies and then quickly cools into a solid, which leaves the molecules loosely arranged, as if still in liquid form. The resulting rigid crystalline structure of the molecules provides a level of strength and scratch resistance that's comparable to rugged sapphire. Additional polishing strengthens the aluminum alloy and also makes it extremely clear.

Now, just as bullet-resistant glass is made of three layers (two panes of glass and a middle pane of polycarbonate), so too is transparent aluminum armor. The three layers, consist of the following:

Not only can the aluminum armor deflect rounds from small-caliber weapons and still be more clearly transparent than bullet-resistant glass that's been shot, it also passes a much more important test -- a 1.6" thick pane resists .50-caliber armor-piercing bullets and anti-aircraft weapons that typically use .30-caliber rounds. This is an impressive feat, especially since it's half the weight and thickness of traditional transparent armor.

So, a 1.6" thick sword is thick, but relatively lightweight, and can stop a direct hit from armor piercing rounds. A thinner version could probably easily stop .22 rounds. So that's one possibility.

Composite metal foam (CMF) is made by bubbling gas through molten metal to form a frothy mixture which then sets as a lightweight matrix. This leaves a material that offers a lighter alternative to conventional metals, while still maintaining a comparable strength.

CMFs have been used to create high-strength armor comprised of boron carbide ceramics as the strike face, with CMF as the bullet kinetic energy absorber layer and Kevlar panels as backplates. To test its durability, such armor was tested against a 7.62 x 63 mm M2 armor-piercing projectile, which was fired in line with the standard testing procedures established by the National Institute of Justice (NIJ). This armor could stop the bullet at a total thickness of less than an inch, while the indentation on the back was less than 8 mm. In fact, not only did the armor stop the bullet, it turned it into dust. To put that in context, the NIJ standard allows up to 44 mm (1.73 in) indentation in the back of an armor.

So, this type of material could be incorportated into a sword to make sure it was strong enough to deflect or stop bullets. You might need to have a significantly wide sword, depending on how thick the materials are, but a wider sword could still be useable.

The Jedi may have fast reflexes, but their ability to block lasers is because they have an intuitive feeling of what will happen in the future a few seconds, so they actually predict where the laser will be. It would be totally impossible to 'react' to a laser shot. The laser travels at the speed of light, therefore by the time you have seen the laser it has already reached you. If you could see the person firing, you could see them point the weapon and start tightening their finger on the trigger, but once the laser has fired it's too late. For anything slower than a laser, you would still basically need to be a robot (electrical signals to control) to react in time. It takes time for signals to travel from a human brain to their muscles. Or from eyes to brain. I guess if you were hitting bullets to the side that should work fine- striking them directly and bouncing them back would, as mentioned, transfer force to the defender, but just pushing them off-course wouldn't transfer much of their energy.

Yes with today's technology and even tech from the early 1900s if not later, you could build a sword able to withstand bullets, depending on the bullet and construction of the sword. Your main issues are going to be what caliber the bullet is, and how much the sword is going to be damaged.

Jedis (and Sith) don't really have superhuman reflexes, at least in a regards to intercepting blaster fire.

If we were to create a sword for the sole purpose of deflecting bullets, I would argue for a differently designed sword rather than a special material. A sword with wider blade Machete-style, would give an increased surface area for better being able to hit your bullets. Bullets already easily ricochet off surfaces that are angled. All you need to do is get this wider weapon to angle correctly and Bingo!

Assuming these are normal bullets, if the material is rigid, the bullet will either deform or shatter. Deflecting a bullet would involve slowing it down to speeds such that the bullet is not destroyed, and then re-accelerating it in the other direction, something simple rigid materials cannot accomplish.

Sword can be easily made to be resistant enough, at least for small calibre rounds. The problem is, when it's hit, your arm will have hit force applied to it too, and at best! you will lose your grip on the sword. At worst, your fingers might end up broken. Modern bullets carry really high forces that translate to the target.

Swords are very hard and very strong - and if you're trying to deflect a bullet rather than stopping it, a strong piece of metal held at an angle should do the trick quite nicely! If the sword is likely to be used for deflecting many bullets then you might want to look into specialised materials and clever metallurgy.

A giant manga sword is as thick as battleship plating and easily big enough to hide behind in a gun fight. 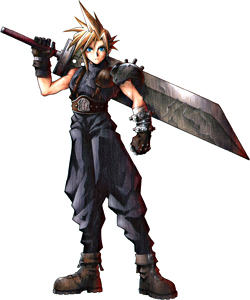 Carrying it could be a problem let alone using it in a fight......

Not the answer you're looking for? Browse other questions tagged science-based reality-check weapons combat .

3
Could metal shields and armour be considered as reliable defences in a modern or near future army?
5
Creating a lightsaber clone
4
Deflective Shielding: Possible?
0
What are the options to incorporate teleportation in my story in a realistic fashion that adheres to the laws of physics?
78
What (modern) weapons could be used to destroy skeletal enemies as completely as possible?
34
How can guns be countered by melee combat without raw-ability or exceptional explanations?
10
When (if at all) would an arm cannon be practical?
4
Is it feasible to use light as a transmission vehicle?
8
Justifying Laser Weapons in Fiction
0
Power Crystals for a more primitive time