Foot highways as a startup?

This is for my underground dwelling Kepler Bb people. I was thinking of having underground foot highways as a startup once the civilization gets big enough.

Now what do I mean, as a startup, you might be wondering.

If you were to go in a straight line like you were flying from 1 place to another, the current maximum distance is 1 mile.

The Pythagorean theorem gives a more accurate, walking through tunnels, maximum distance. But even this only considers the horizontal distance. And while you could do it again for the vertical distance, and make a total distance vector, you would have to do the pythagoream theorem once again to figure out that vector's magnitude and thus a good approximation of the total distance.

Calculus will answer the question "what is the total length of this curve when fully stretched out?" and the answer to that question is the exact maximum distance. Now yes you would again have to separate into horizontal and vertical curves and then apply calculus to both and then after doing that, make a distance vector from these components and do the Pythagorean theorem but doing this, you get the total exact maximum distance. Note that this question is basically the same thing as "what is the limit as you do the Pythagorean theorem and all dimensions approach 0(thus lining up with the curve perfectly)". I think I would have to use a multidimensional derivative to find this limit and while a 1 dimensional derivative, I can do(such as f'(x)=2x if f(x)=ax^2), I don't know how to apply the derivative to more than 1 dimension.

Anyway, let's go with the simplest of these and say that the maximum distance is 1 mile. I might go as far as the Pythagorean theorem later but not right now.

So we are basically saying right now that hypotenuse = distance.

I have never seen a foot highway except on maps(and even then only Indian Foot Highways(referring to the American Indians)). But yeah a foot highway would have high foot traffic.

Now I would of course need plenty of rest stops on these foot highways because some runners will be out of breath quickly whereas others will have high endurance and can run for much longer without being out of breath. 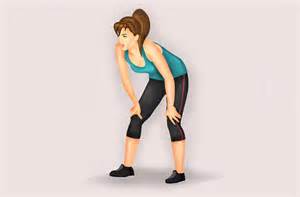 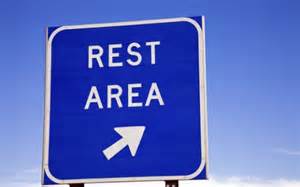 Lanes for different speeds would be a good idea - but no one thought of that in ancient times. A law saying, say, "runners at center", well-known by the populace, should be enough.

Into the question itself: put rest stops separated by half a day's walking, say, 10 to 15 km. Runners will just skip one or two of them, while the rest will use each one.

With some luck, the rest stops will develop into inns, which will eventually grow into markets and villages.

Very small alcoves along the side of the tunnel spaced maybe 500 meters with larger rest stops with amenities spaced perhaps at intervals of 5 km. This would serve the twin purpose of roman milestones and a spot for the less fit to get out of the way. The alcoves could also house ventilation, to make them truly multipurpose.

You sometimes see examples like this in the southwester US. A highway will have larger rest stops with amenities, bathrooms, etc. every 100 miles, but may have 2 smaller stopping points in between with maybe a shaded picnic table.

Not the answer you're looking for? Browse other questions tagged civilization or ask your own question.

22
How to sustain/create a 4 foot tall city?