How to alter the atmosphere as to make aerospace engines highly volatile?

When thinking about a potential answer to this question about preventing flight in a cyberpunk dystopia, I had an idea that I do no possess sufficient knowledge to prove/disprove.
Thus you'll be treated to a new question:

Q: In what ways would the atmosphere have to be altered in order to make aircraft & rockets of current-design endangered by semi-/pseudorandom reactions of their propulsive means with the atmosphere?

I am imagining that making the atmosphere (simply) more reactive might already be enough, but I am at a loss regarding the physics/biology behind that.

As a bonus it would be nice to details how this altered atmosphere would affect human physiology (e.g. burn their skin?), but this is not the main concern of the question and might as well be asked separately at a later point in time.

Clarifications: This question is not necessarily asking about the steps that would have t be taken to introduce such a change; thus handwaving the changes themselves is absolutely acceptable, as long as the end-product again is rock solid.

Addendum: After reading an answer stating some good ideas but badouthing them in the next sentence as they would kill people; well if it kills humans it kills humans, can't always have your cake AND eat it too.

Answers will be rated on
a) their thoroughness (the more sciency they are, the better)
b) their impact on other areas of life (the less impact, the better)

E.g.: An answer killing off all humans will be less valuable than one only making them dead sick.

The "Standards of Gustiness" article appeared in the American Meteorological Society publications in 1964 offering, per the abstract, "a universal turbulence standardization technique is described which is based quantitatively on the atmospheric turbulence itself rather than on the effects it products on an aircraft." The scale was adopted, changing only the level 3 descriptive from "heavy" to "severe". The original paper is a mere 11 pages but is packed with extensive research, formulas and findings. The appendix contains the formula for the universal turbulence indicator which may be employed (by someone who understands such complicated formulas) to describe the scenario laid out below.

One way to alter the atmosphere and effectively ground all types of air-travel, regardless of propulsion is to introduce a layer of atmosphere above the surface (you pick the altitude to accommodate the highest structures) that has persistent Level 5 or Level 6 turbulence. Level 4 is describes an aircraft's situation as "practically impossible to control". Level 5 and above would remove "practically" from its own description.

The plus of this scenario is that you wouldn't necessarily have to change the chemistry of the atmosphere thereby making it hostile to life (in terms of breathing). The minus is that you'd probably have a blanket of angrily-swirling cloud-cover blocking virtually all sunlight.

How to use atmospheric discontinuities to blow stuff up!

Engine and rocket designs assume that the atmosphere is relatively homogeneous at a given altitude and that there are well understood continuities across altitudes. Sure, there's some variations in atmospheric pressure, moisture content, elemental composition and temperature but the ranges are well understood and well accommodated in current designs. We do this by forcing piston, jet and rocket engines to handle atmospheric discontinuities beyond their present design parameters and experience "rapid unplanned disassembly events"!

If an engine, piston or jet, were to encounter higher than usual oxygen concentrations, it could cause the engine to overheat and/or disintegrate. It's not very common to inject high concentrations of oxygen gas into an engine. However, there's lots of information on nitrous oxide which does a phenomenal job of making lots of oxygen available for detonation/combustion.

The danger with nitrous, is the same as a turbocharger or supercharger, if you pack way too much air/oxygen in with not enough fuel, temperatures can sore inside the cylinder and cause components to melt/warp. To avoid that problem, we simply make absolutely sure that the air/fuel mixture is relatively rich (lots of fuel to keep things cool) and we do everything we can to avoid pre-ignition by running conservative ignition timing of either stock values or slightly "retarded" values. (emphasis mine)

AgentJayZ owns a jet engine maintenance company in Canada. His comment on this video indicates that

After burning a few hundred gallons of Jet A, in your afterburning J79, it's a good idea to let things cool down at flight idle before shutting down. Turbine blades and other hot parts last longer if the temperature gradient within them is kept as low as possible.

Suddenly increasing the amount of oxygen in an engine is equivalent to running it too lean. Given that jet engine temps can reach 2000 C and the special cooling that needs to happen to overheat conditions, anything that will force the engine outside its designed thermal profile will at best cause increased wear and at worst cause rapid unplanned disassembly.

While piston engines and rocket engines won't care as much, turbofans and turbojets will care a lot about inlet turbulence because of the potential for compressor stall.

Per Wikipedia on causes for compressor stall:

Rocket engines, solid or liquid, don't require external air to run. However, if a speeding rocket hit a pocket of unusually dense air, it may induce structural instabilities in a rocket leading to spectacular failures. 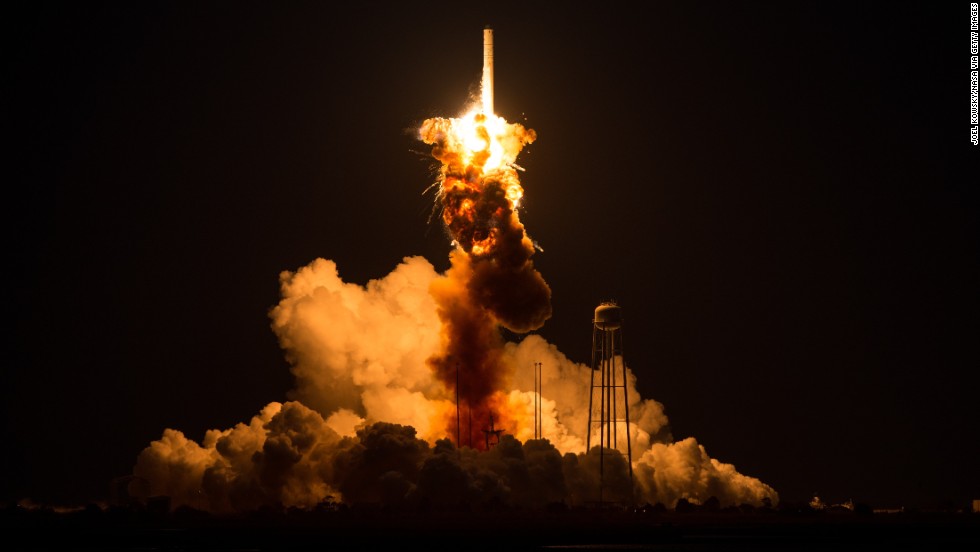 Of particular interest is the parameter, max Q or maximum dynamic pressure is a significant design parameter that engineers must design for. SpaceX talks about it during their launches (Video, just before Max Q). If a rocket were designed to withstand a max Q of 100,000 N but hit a large pocket of denser air, the compression on the rocket could easily cause it to disintegrate.

...for a 3.7x increase in density. At low altitudes high density air isn't a problem because the rocket isn't going very fast. The inverse is true at high altitudes.

Air density discontinuities are especially dangerous for rockets given the speeds at which they operate but hitting a suddenly dense pocket of air in any kind of airplane is going to make things uncomfortable.

These kinds of atmospheric aberrations probably won't do much to a human. Maybe knock them over with turbulence or make them short of breath for a while. Generally, humans aren't operating near their physical maximums where a few percent increase in oxygen or extra pressure while they breath is going to do much. Although I recently learned that NASA doesn't consider any O2 concentration over 30% to ever be safe.

Now, a climber on Mt. Everest is very much going to care how much oxygen he has because there's so little to begin with. Someone on the shores of the Pacific won't care nearly as much.

How to induce these kind of atmospheric discontinuities is outside the scope of this question. As Earth's atmosphere tends to homogeneity, so it would take some thing, some where, doing work to lift large amounts of air higher in the atmosphere or injecting pockets of high concentration oxygen.

Fill the sky with flocks of geese.

According to the New York Times

Since 2000, at least 486 planes have collided with birds, according to the Federal Aviation Administration. Of those incidents, 166 led to emergency landings and 66 resulted in aborted takeoffs.

Most famously and recently, US Airways Flight 1549 randomly flew into a flock of geese. These geese reacted with it's turbofan engines to incapacitate them and therefore forced the airplane into an emergency landing. The more geese there are in the atmosphere, the more often our airplane engines fail in this way.

Making the atmosphere more reactive is simple, just add more oxygen. This will make any fire more volatile and dangerous.

But, a competent engineer will be able to design engines for any constant increase of oxygen. Also, a rocket that carries its own oxidizer will not be affected anyway.

For increase, have a large plant that stores the oxygen it generates and releases it all at once. (I must admit I am somewhat blank at both the why and how of this process)

For decrease, forest fires. If you generally have more oxygen available, you will get really bad forest fires. Above and nearby these fires oxygen will be relatively scarce, even after the fire has burned out.

If you don't think plain oxygen is enough you can try ozone (O$_3$). Ozone is a nasty stuff that will generally oxidize anything it meets, including itself.

Getting a glob of ozone into your jet engine is likely to lead to a very bad day.

Ozone is not stable and will decay into ordinary oxygen in a matter of hours or days.

Ozone can be produced in nature by lightning and various chemical processes, but rarely in concentrations that are dangerous.

As for the biological reactions, plain oxygen is not dangerous at all. However, if you follow my suggestion with forest fires, those will produce all sorts of nasty pollutants.

Stronger oxidizers like ozone can be dangerous, but not to your skin. Human skin is pretty durable. You are not going to get any damage from a short exposure, but if you make a living this way you could get some damage. (I tried to ask Google but got only tentative and contradictory answers)

Human lungs, however, are much more fragile. Inhaling ozone will damage your lungs, giving asthma, bronchitis, and other problems.

Not the answer you're looking for? Browse other questions tagged biology physics hard-science atmosphere aircraft or ask your own question.

36
How do I prevent flight in a cyberpunk future?
9
What kind of planetary conditions would prevent or severely limit air travel?
4
Atmospheric Combustion

5
Impact on the sciences with helium instead of nitrogen
13
Improving human reaction time
2
Aircraft and Rockets on a Magical Super-Earth
7
Could a virus be genetically modified to target a specific human population?
5
Slow killing atmosphere
36
How do I prevent flight in a cyberpunk future?
6
What advantages do Manned Aircraft have over Remote-Controlled Drones?
9
Designing rugged bush plane to work on a planet with 3 atmosphere pressure
5
Feasibility of (very?) low altitude ground attack aircraft
4
How does composition change if you extend an Earthlike atmosphere 50km below sea level?