How long would it take for a brilliant person to decipher/crack an alien language and how to use its technology? [closed]

A fallen spaceship is approached by a person of very high intelligence. Think of someone really really smart, like top 50 in the world.

How long would take for such a person to grasp another culture´s language and how their technology works? Would it even be possible? Or what would take to make it possible?

Even if we consider that the person making the analysis comes from the same planet, would be possible to crack the language? I live in the same planet as you guys and I cant read or understand any other language than the ones I already know.

The person that makes the analysis has "immortal" lifespan. Comes from highly advanced culture, like elders, or the first ones in the universe. Member of a society extremely advanced that in the past was responsible for seeding other civilizations into existence.

Now he must analyze one artifact (the spaceship) that was made from a civilization formed by descendants (not directly) of his own.

Both civilizations didn't have any previous contact. But the beings are basically the same, lets go with essentially humans.

Is it cheating saying that the elder has super-intelligence and therefore can crack the language and linguistic systems and symbology of the newer civilization?

It may be impossible. For example, consider the ancient Minoan script known as Linear A, which we have been unable to decipher. We know the ancient Minoans were human beings and quite a lot about how they lived. They must have had words for things like "house", "farm", "mother", "child", and so on, but this has been no help in understanding their written language. For an alien species, even the most basic concepts about life and communication might be completely different, so we could be even worse off than with Linear A.

There are a couple of ways in which it might be plausible for an intelligent human to learn the alien language:

It has been estimated that it takes 1765 hours for an adult to learn fluent English from scratch. (Children learn much more quickly.) At 8 hours a day, 7 days a week, it would take about 8 months. So this would be the minimum length of time to learn fluent alien-language, given a sophisticated and cooperative teaching system.

If we were trying to analyse recordings the aliens had made for themselves and reverse-engineer the rules of their language, it might take much longer -- years or decades would be plausible.

Depends: Take the Voynich manuscript as an example. While we know it was not written by aliens, we (as in, humanity) started trying to crack it in the early 1900s and just recently we may found out how to crack it.

Language is hard and using a different language is always a good idea as a cipher (see link at beginning).

Being Czech, I can assure you that if that alien language is really different from the language the "elder" speaks, it could give him/her/it a hard time cracking it. Just as a joke:

That sentence above is a pangram in Czech, featuring all the diacritic symbols in Czech. And talk about luck, my language uses the same alphabet as English language does. If we switch to Russian, a language from the same family as Czech, the fun increases:

To return to the subject, I was talking about living languages the whole time. The alien language will be even harder — at the level of the manuscript I linked to above. You will naturally make the assumption that if there is picture of monkey with some text below, the text will be about... monkeys. But you could be wrong: 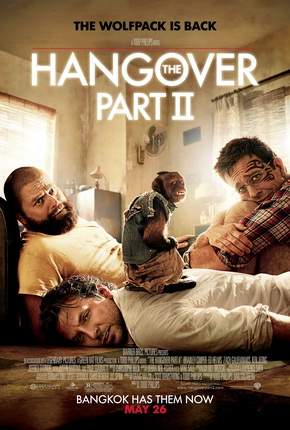 That's why you need a Rosetta stone to be found at the place. Otherwise, the cracking might take you forever.

Language might well be impossible because there isn't enough information.

Technology is probably doable — in principle an artifact contains enough information to understand what and how it does. There are 2 conditions:

In James P Hogan's early novel Inherit the Stars, people find a lone individual in a space suit with some carrable equipment. They start to figure out reading from technical labels: figure out what voltage the thing was designed to use, and you have a guess as to what the label at the power connector states. The dimensions of items are biased to the units of measurement.

In another famous story, a library of technical journals is found. The use a wall hangings in the classrooms as a Rosetta Stone: the periodic table, illustrations of elementary mechanics, etc. The point of the story is that even with no common point to relate to culture, science and engineering form a universal common area of understanding.

do you want to understand their language, or their technology? learning the technology could be easier then the language. If you put me down in front of a switch board made by someone with a different language I can still hit switches to see what happens. Even if you give me a complex system I can still dissect it and analyze it using my understanding of physics, which is universal, to translate it. Learning the technology without the language is a far more achievable goal.

As to how long it takes, that depends on how advanced the two are, and what technology/knowledge gap may exist between them.

Not the answer you're looking for? Browse other questions tagged technology culture aliens language or ask your own question.

14
Ancient culture which has been visited by aliens
9
How can I name tribes to show the formation and development of cultures?
4
How would two alien races decipher each others language?
21
How alien can a language be - grammar?
7
How alien can a language be - transmission?
9
How long does it take before dialects branching from a single language become new languages themselves?
2
What is the place of human civilization between warring alien civilizations?
8
How long does it take for languages to diverge?