Could large but sparsely populated country control its borders?

Suppose there's a country which is very large by land area, (close to the size of Brazil), but which has a very small population (1.5 million).

Majority of the population lives in a several high density zones, which are usually cities situated on the coast. Rest of the country consists of a land that is very sparsely inhabited. Mostly due to being a barren wasteland, deserts on the south and tundra on the north. There are occasional settlements like mining towns and agricultural villages but they are usually very isolated from each other.

Would they be able to control their borders?

I'm not looking for solution against invasion by foreign military, but from keeping individuals & small criminal or opportunistic groups to prevent things like: smuggling, poaching, illegal mining, illegal grazing etc.

Assume that country is industrialized and relatively wealthy.

No foreign mercenaries. All the law enforcement personnel must be citizens.

The technology level is Earth in the 1970's.

The population is made of humans and the planet is Earth like, but continents are quite different.

Technology can do a a lot

At the risk of sounding like Bubba, we've got border patrol boats: 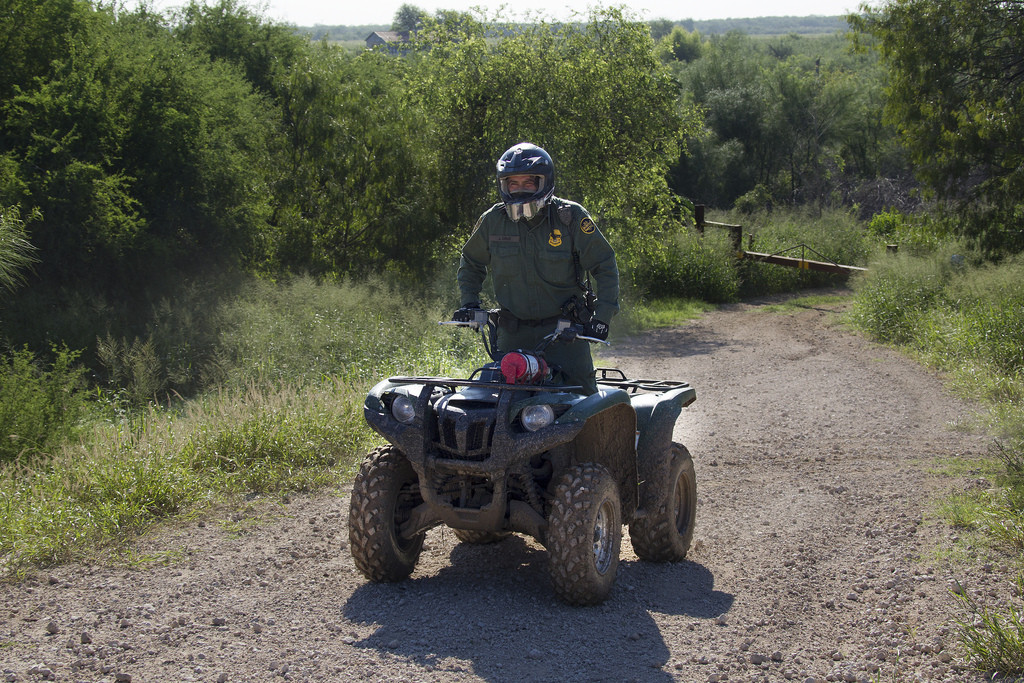 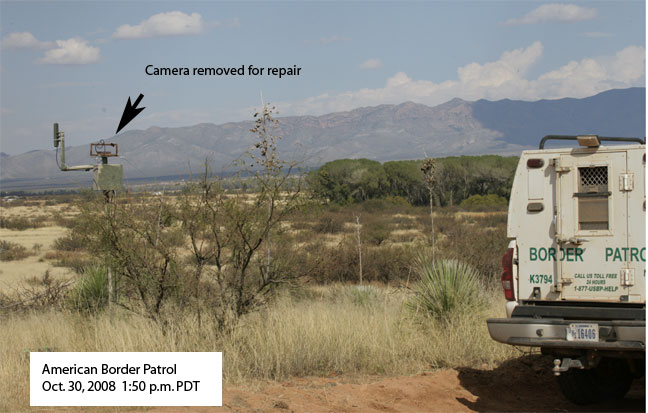 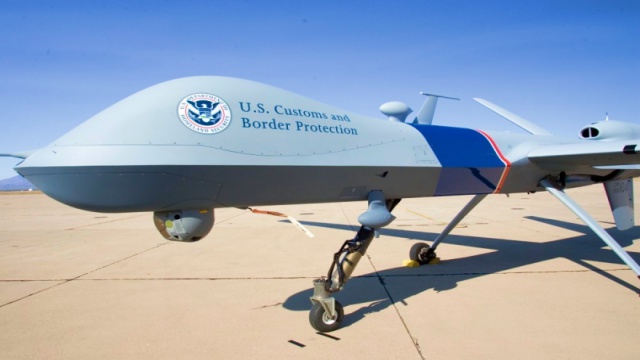 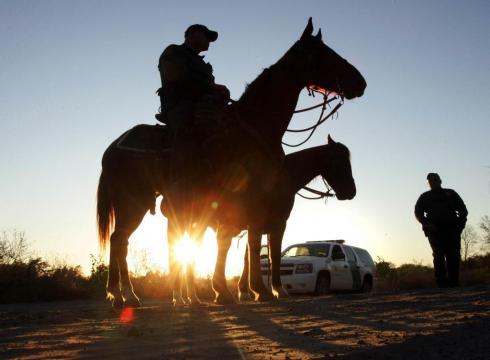 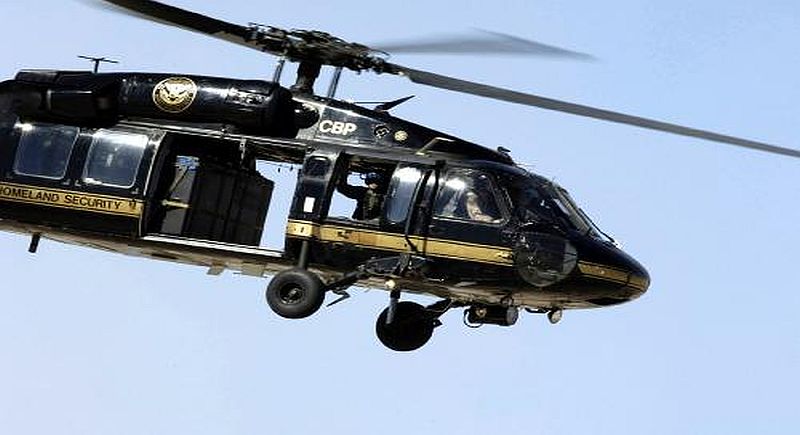 and best of all, border patrol walls: 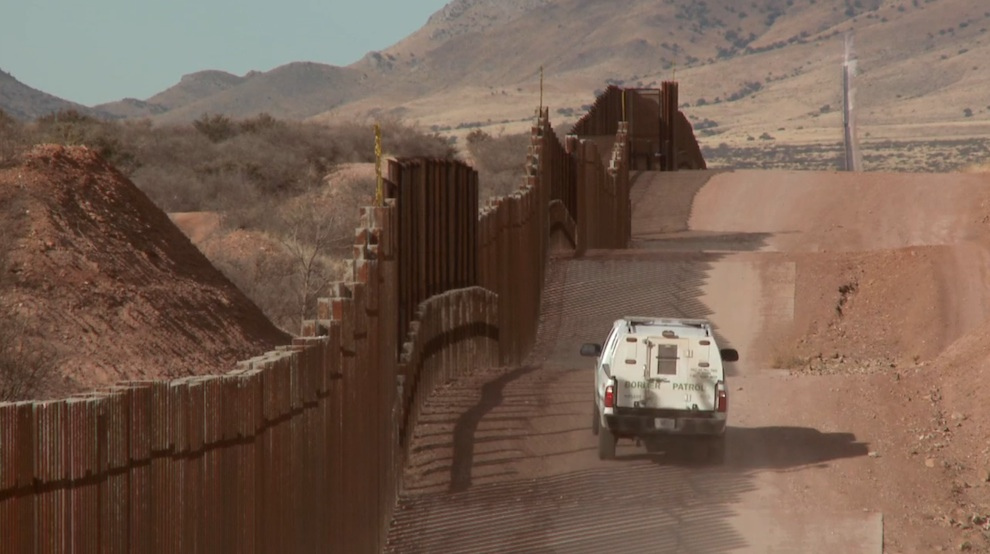 There were no pictures available for a search of 'border patrol claymores.' But that would work too, as a last ditch effort. A few people can go a long way with all that technological backup.

You want to turn to Russia, but not because they have a similar population density. No, you want to borrow their playbook because they are very good at area denial.

You said it yourself - the country has way too much land, and for the most part it's a barren wasteland. So it's not going to bother your citizens to make the wasteland even more barren. Dial up scorched earth tactics one thousand percent and lay waste to the perimeter of your country barring some controlled areas. Cobalt bombing your borders would be a good start.

Beyond the Zone, and in the permitted corridors, your regular border guards pick off whoever survives.

The more resourceful criminals will try to bypass your Zone with vehicles. Air-based vehicles will be beyond the means of most, and are easy to detect, engage, and destroy with conventional military weapons, so we won't worry about those.

The biggest issue will be all-terrain vehicles. But Russia has that covered too - General Winter's most reliable subordinate is Colonel Mud. He defeated Napoleon's artillery, Hitler's tanks, and he will do the same to the trucks of your criminals. He does not need to destroy them, merely delay them until your border guards can detect the party and deploy a unit. The Russians' own strategy for dealing with muddy roads is to make enormous specialized vehicles but the bigger they build 'em, the easier they are to detect (and the more expensive they are).

Ultimately, no border control is 100% effective, but layering a nuclear wasteland, an impassable mud pit, and your regular guys with guns will make it hard for all but the most determined and wealthy criminals to get through.

Once they get through, though, they will still need to actually do their business and leave. Ensuring that your nation is a poor environment for doing crimes will help deter people from even attempting to pass through. If all mining sites are properly secured, there will be no illegal mining. Same goes for grazing (or you can just torch the grass), smuggling (they have to get the goods to market, catch them there), poaching (keep an eye on your animals), etc.

The question as asked calls for a very very sparsely inhabited country (average density less than 0.2 people per square kilometer). Even Canada has a density 20 times higher. The only way for such a country to exist is to be located in a very inhospitable climate, and, just like Canada or Australia, have no neighbours or have neighbors only in those parts of the country where the population density is not ridiculously low.

0.2 people per square kilometer is simply too low for a functional country. Think of what happened to the large but too sparsely populated Mexico in the 19th century. (At the end of the century it was much less large.)

Russia obviously qualifies as a large, sparsely populated country (largest country in the world at 17 million square kilometers, 8.4 people/square kilometer, less than 6 people/square kilometer in the Asian part). What do you think - does Russia control its borders or not? Russia has a 7500 km long border with Kazakhstan (another very large and very sparsely populated country) and a 4000 km long border with China. Are there many Kazakhs or Chinese casually crossing the border to mine, graze, or poach?

See also the Wikipedia article on the Border Security Zone of Russia. The basic idea is that on a strip of land of several kilometers from the border (exactly how many kilometers depends on the local command of the FSB) "economic activity and access are restricted to require permission of the Federal Security Service". Just being caught in the zone without a specific permit is enough, nothing more needs to be proved in order to send the criminal on an extended tour of Siberia.

It's already being done.

And as a reference of the effort needed to control empty lands, according Wikipedia, in the late XIX century it was expected that "a force of 100 to 150 mounted riflemen could maintain law and order" in the about 2 million square quilometers North-Western Territories in Canada. If your imaginary country can use motor vehicles, planes and helicopters, a few hundreds or thousand police officers could be enough to control your wastelands.

They are both good starting points, but for such a huge land area you'll need to develop drone making industry.

Combine them with helicopters & transport aircraft for quick deployment of guards and they should do rather well.

You could also look back a bit farther in history to Ghengiz Kahn's Techniques for keeping an empire several times bigger than the old Roman empire under control.

To Generalize his primary tactics were speed, Co-opting the existing structure in those areas he conquered, and efficient ruthlessness. Here is how those can work for you:

1) Speed. In your scenario, the ability to cover large areas very quickly is vital. Ghengiz did it on horseback. His advantage was that his horse were organized in such a way that they didn't have much in the way of baggage so they were able to spend much more time in motion than anyone else, increasing relative speed. He had ancient city bound kings freaked out because he could come in from any direction and they wouldn't have time to adequately prepare. Given your 70's tech level that could mean low flying, agile aircraft that could be serviced easily wherever they landed, making permanent bases less of a factor.

2) Co-opting the local power structure. Take your guys and instead of taking even more territory, simply go to the border towns more likely to house smugglers and get the leaders to make it so hard for smugglers to operate out of them that they don't really try. Brutally murder some of the head Smugglers in a very public way. Ghengiz demanded tribute, your country could simply demand absolutely draconian measures to prevent smuggling bases to even come up. This leads us to the 3rd point.

3) Efficient ruthlessness. This is what Ghengiz used to keep the cities under his control to toe the line. He really didn't demand much, but when he felt thwarted he destroyed even large cities utterly in extremely short periods of time. Take one of his forces of maybe 50,000 vs a city of 100,000 (my numbers are hypothetical but I'm pretty sure this kind of stuff happened). 10,000 are simply tasked to bring the emperor 10 heads each. Severing 10 heads doesn't take all that long. The punishment for failure is so severe that no-one would dare slack. The other 40,000 are to herd people to the butchery. Return to the destroyed city a few days later to round up stragglers and kill them. Allow a very few survivors as witnesses. Now to negotiate with the next town. "Remember deadville? Here is the deal, unless you want to share the same fate, you are going to impale all those who try to smuggle stuff into my country on stakes on the roads leading to the borders as a reminder. Otherwise, we'll leave you alone. Just do this one thing and Unfortunate things won't happen to your town. Have a nice day." Monitor, leave a few piles of skulls around the place, and let your neighbors patrol your borders for you.

This is kind of fun in an absolutely morbid kind of way, but I gotta admit, Bryan McClure's answer makes a lot more sense.

Not the answer you're looking for? Browse other questions tagged reality-check government earth-like crime or ask your own question.

14
How to force opposition to emigrate?
11
What would be a good choice for a controlled opposition?

9
Could a government control its people using frequencies?
146
You can control a Demon by knowing its True Name, but why?
20
How could a smaller country successfully take control of a much larger country?
14
How to force opposition to emigrate?
16
Could a small country economically construct rudimentary aircraft carrier?
6
How to provide health care in a rugged, vast and low populated country?
7
How should a ship call for help on a sparsely populated planet orbiting a flare star?
5
Is it at all possible to have a populous, formerly colonial nation in the Indian Ocean?