What is the highest pressure any life form could theoretically survive in?

I'm working on a quest (Space game, but don't ask, it won't be good in anything but story and even that may be a stretch. XD), and I'm looking to use our solar system, Jupiter and Saturn specifically, as a point of farming for my main character (He-3, yknow), and I want them to come to the discovery of life on the planet after an unfortunate mishap.

I understand the huge pressures on Jupiter,

Jupiter has the largest planetary atmosphere in the Solar System, spanning over 5,000 km (3,000 mi) in altitude. Because Jupiter has no surface, the base of its atmosphere is usually considered to be the point at which atmospheric pressure is equal to 100 kPa (1.0 bar).

and am unsure of what sorts of materials can survive without too much assistance at such a high temperature and pressure (the two being related in most cases). I don't necessarily need a possible life form, but something that would maintain suspension of disbelief (for the average Joe) would be preferred. Please include in your answer what (if any) would need to be hand-waved before the creature could be possible.

Some ideas I had:

I know Could a Neptune like Gas Giant support life? answers about Neptune being a better gas giant for the job, having a solid core, and that some of the moons are habitable to an extent, but I specifically want to create a sort of "deep sea" sort of creature on Jupiter that is replicated on Saturn (although a different species), that we have no information on, and can become sort of a mythical Macguffin for the main character to create an eventual real sighting, but not discovery of.

So the question is thus: What is the highest theoretical pressure that a creature of any type could plausibly (with some help from an author) survive in and what would it be composed of?)

Life definition: The condition that distinguishes animals and plants from inorganic matter, including the capacity for growth, reproduction, functional activity, and continual change preceding death..

Edit for clarity: Please read the question asked. Regardless of that background information (which can be removed if anyone would see it making the question easier), the question is about the highest theoretical pressure, temperature and other factors nonwithstanding.

It's tough to say, since we don't really know how materials interact in ultra high-pressure environments.

Unfortunately, that's about the best answer we can give for this question. For example, consider what's probably the highest pressure environment that's stable for long periods of time: the interior of neutron stars.

In the crust of a neutron star, there is a thin layer of regular matter, followed by a layer of degenerate matter which forms a variety of different shapes, most of which are named after different types of pasta. We don't really know if the proposed shapes that our models predict actually occur, since the pressures inside a neutron star are tens of orders of magnatude higher than anything we can create in a lab. We also don't really know how they interact, or what sort of energy sources might exist within the crust of a neutron star.

However, it's not inconceivable that life could possibly form there. If there are sources of energy, and if it's possible for clumps of nucleons to form into sufficiently large aggregations, it's possible that life could evolve to take advantage of those energy sources. If life did evolve there, it would likely be far smaller than life on Earth, since the nuclear agglomerations comprising it would be far smaller than molecules. It would also have far shorter life spans, since nuclear reactions happen far quicker than molecular reactions.

Again, it's not really possible to say if any of this could happen, since we don't know for sure how much the material comprising neutron stars behaves. If it were possible, though, than life could form up to the pressures that exist within neutron stars: about $10^{34}$ Pa.

That, of course, is really only an upper limit if we assume that life can't exist within black holes, but theory as to how matter behaves at and beyond the event horizon of a black hole is far sparser even than our knowledge of matter in neutron stars.

ckersch's answer is probably the best in the general case, but if what you really care about is whether a creature made of normal atomic matter could live in the depths of Jupiter and/or Saturn, there are other constraints to consider.

Liquid and supercritical hydrogen are pretty good solvents, so you don't necessarily need to worry about whether there's any liquid water. Hydrogen remains a reasonable biosolvent fluid at pressures where any water would be in solid crystalline form, even at very high temperatures.

Organic molecules such as compose our sort of life tend to decompose at high temperatures, so we might want to look at the highest pressures that support some sort of dense fluid environment at temperatures below a few hundred degrees celsius. In that case, you'd be looking at liquid or supercritical hydrogen between a few hundred and a thousand atmospheres.

However, if we assume that other chemistries could produce life at higher temperatures, with high pressures being not merely possible but perhaps even necessary to stabilize the solid components of, e.g., cell membranes, then fluid solvents remain available, and specifically available within those gas giant planets, at much higher pressures. 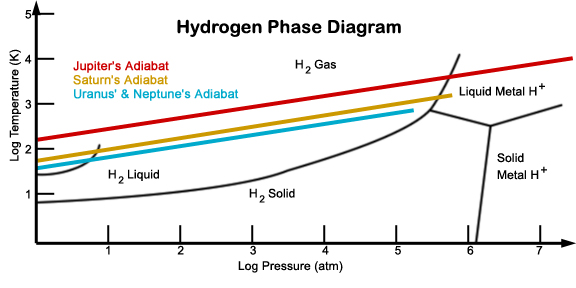 Note that superfluid hydrogen is expected to exist on Jupiter and Saturn up to around 300,000atm (or around 32GPa), before transitioning to a liquid metallic phase. If your creatures live in a liquid metallic hydrogen solvent, the potential pressures get several orders of magnitude higher. If you want sightings of these creatures to be possible, however, basing their biochemistry around supercritical diatomic hydrogen is a much better choice, in which case they would be expected to live at least tens of atmospheres, and likely hundreds of atmospheres. That's the sort of environment where it would be extremely difficult to observe them, but theoretically possible with really good pressure vessels to seal your cameras (and possibly people) in when sending probes down to their native depths.

The reason is that water will turn into some form of ice at that high pressure for temperatures allowing earth-like life, see the phase diagram of water

Short time survival of even higher pressure is possible and proven for terrestrial plants and animals: They can survive a 30 min exposure of 7.5 GPa, which came out as a surprising result because the protein change their configuration at this high pressure, see this answer on biology.se: What is the highest pressure at which plants can survive?

I think you're looking at this wrong. You can have gas giant life without having to deal with extreme temperature or pressure.

While the cores certainly have both (and are almost certainly incompatible with life--I don't see how you can have complex structures in degenerate matter and the cores have a certain amount of degeneracy) the outer edge of the atmosphere is obviously both very low pressure (the next thing to vacuum) and low temperature (all the gas giants have low surface temperatures.)

From looking at terrestrial life it's obvious that life can tolerate quite a range of pressure--AFIAK there's no environment on Earth with liquid water and no life. Life exists at the bottom of the ocean. (It's pretty barren down there due to a lack of food but not completely barren.)

Thus I find it all but impossible that there isn't an altitude where life can exist. Since the only surface of a gas giant is going to be awfully high pressure this point is going to be in the atmosphere somewhere.

You'll start with microscopic life that gets tossed around by the atmosphere. Some will be unfortunate and go too deep and die but so long as the reproductive rate is high enough that won't kill it off. The next order of life would have to be a very thin balloon of hydrogen (it's not going to have a lot of buoyancy as it's in a hydrogen-helium atmosphere.) Conceivably higher life that worked on soaring could develop but the gulf from floater to soarer is going to be awfully hard to cross. If this gap can be crossed you could even go to intelligence. (See Robert Forward's Saturn Rukh)

I think the biggest problem for such life is obtaining the building blocks. Hydrogen and helium will be very abundant but there's not a lot else and you basically have to have carbon to make life. (The sci-fi standby of silicon doesn't work at anything like Earth-like temperatures at least, although AFIAK it hasn't been completely ruled out in other temperature realms. The basic problem is that it doesn't like to form complex molecules. The heart of carbon-based life is long chains of carbon atoms with various things stuck to them. In Earth-like chemistry at least such chains made with silicon don't work. What you find in nature is Si-O-Si-O type chains--but once you add your bits to the side joints you have made a molecule that has a considerably lower energy state by coming apart and attaching the side chains to the oxygen. If such molecules can exist at all they are generally known as explosives.)

Not the answer you're looking for? Browse other questions tagged science-based internal-consistency planets .

27
What would happen to a human body subjected to extreme water pressure?
11
Could a Neptune like Gas Giant support life?

37
How can I destroy a gas giant planet?
11
Could a Neptune like Gas Giant support life?
8
A habitable planet made of gas?
6
What would life be like on a planet with high atmospheric pressure?
0
Can we manipulate the Sun, gas and ice giants to create more habitable planets and extend the life of our sun?
6
Potential adaptions / features for life adapted to the level of atmospheric pressure given?
8
Orange Suns and Blue Jupiters
10
How could a breathable ultra-high pressure atmosphere form?
3
How to make an Old Solar System planet Venus scientifically possible?
5
Could a hypothetical planet composed of a neon-oxygen or argon-oxygen atmosphere with Earth-like pressure levels sustain life?