My main question is, how plausible is this on Greece's side?

The alternate-history world is set in present day. But during Greece's bankruptcy, they decided to sell of relatively uninhabited pieces of the country to outside powers. They would give water rights and land to the buyers and have no government control except of the borders. I don't know what it would take politically to make this happen, a vote? a treaty? But I'm going to say they peacefully accomplished this and did a good job at accommodating locals who lost land and water. They got a super duper deal.

Interested buyers organize micro-states with their own governments (or lack of governments). Putting this into an alternate history would have its problems, but I that's on purpose, that's what my project is all about. My project will be to gather people's imagined lives as pioneers and immigrants to the micro-states.

So on the Greek side (and any party who might feel like they have a say ahead of Greece, like European Union or UN) what holes are there?

This is possible, but probably not with the consequences you imagine.

Being able to buy a foothold in Europe would make various governments salivate. Russia and China would be intensely interested, and for all I know North Korea, ISIS/Daesh, and Al Quaeda would jump on the bandwagon.

Your concept of "no government control except of the borders" just doesn't work. Either a nation controls its territory or it doesn't. For example, if a tenant smuggles a nuke onto his plot, or starts working on bioweapons, will Greece sit idly by? Not hardly. In fact, if the territory remains Greek, Greek laws are going to apply, and any prospective tenant must understand that the policy of "hands off the micro-state" is only guaranteed to be good until the next election, or a public outcry about the uses to which the land is being put - whichever comes first. If the tenant is allowed to develop a micro-state, and the status is not a sham, then the micro-state must have sovreignity. While this may seem pretty innocuous, since any private group won't have the military muscle to butt heads with the Greek army, there is nothing to prevent the micro-state from making an alliance with a big brother (such as Russia), and then the situation gets murky and uncomfortable real fast. Of course, various groups would bankroll straw buyers who would immediately declare for their sugar daddies, although this would have the immediate benefit of driving the bidding up to stratospheric levels in short order.

As for the question of local inhabitants, I don't know Greek law well enough to declare this with certainty, but certainly in the US the doctrine of eminent domain would allow the locals to be moved off the land with a "fair market value" payment and no legal recourse. See particularly Kelo v. City of New London. I suspect Greece has something similar.

Could not happen because most of Greece is inhabited

There are not a lot of parts of Greece that are not inhabited or utilized by some Greeks. For example, all of these islands on the list of Greece's largest islands are inhabited. That goes down to about 90 km$^2$.

Greece can't give away those lands without consulting the people living in them, or the people who fish them (or move their goats and sheep there for grazing, another way that some empty islands are moved). If they did give these lands away they would be condemned by the EU, and more importantly, condemned by their own citizens.

It would not happen.

The Greeks want to get top dollar for their land so they can pay off billions of Euros of crippling debt, but as a buyer, I'm going to want a reason to pay top dollar, and vacant farmland in Thessaly isn't going to cut it. I would be willing to put in a bid for the Acropolis, some great beachfront property on the island of Mykonos (oh hell, the entire island) and maybe Arcadia, so I can grow grapes to take on my picnics at the Acropolis. Most other buyers are going to be thinking along the same lines, so the Greeks could be paying off their debt by selling Mount Olympus and other high value properties, much like Monopoly players can mortgage properties to stay in the game. 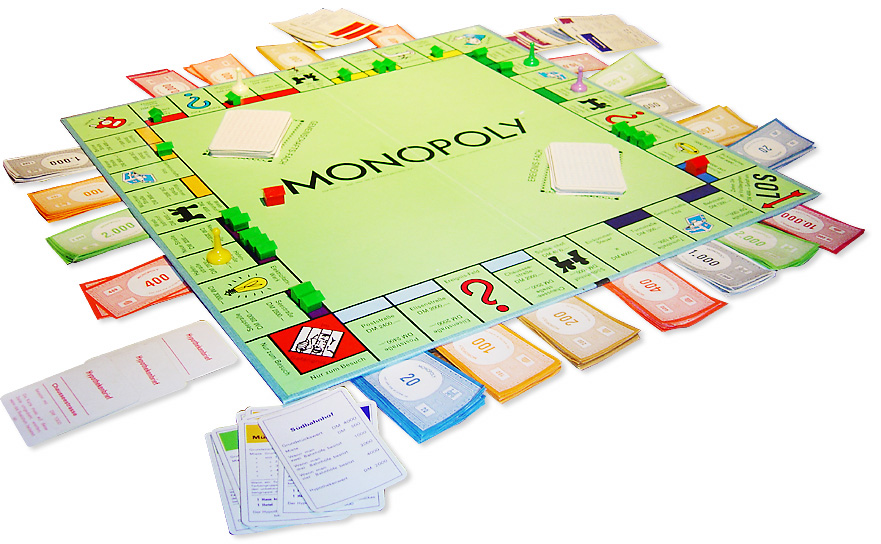 What do you mean, the Reading Railroad. I distinctly said Mount Olympus!

Ownership comes with privileges, like being able to do things to increase the value of your possessions, transfer ownership to others (I sell the island of Mykonos to you so I can afford some more classical Greek temples on the mainland) and so on.

The other issue for the Greeks (besides their new landlords jacking up the rent or simply kicking them off the land) is the Greek Government is going to find the property owners are not just going to sit still to be milked by the Greek tax system. Anyone who goes into a land auction under these circumstances know they have the Greek government over a barrel, and can insist on clauses like having a 99 year tax holiday, only be subject to the laws and customs of the owner's home territory (this could be hilarious in the case of the Brexit, as British land owners impose British rules on their property rather than Greek or EU ones) and so on. The Greek government will also be either subtly or forcefully reminded that these people are rich and powerful in their own right, and certainly going to be more than willing to defend their own interests. Londoners who have encountered the retinues of wealthy Arabs from the Gulf States will certainly understand the sorts of behaviours I am talking about.

This could be played out as a comedy, but since the Greek government is essentially selling its Sovereignty it is really more of a tragedy. Simply defaulting on their bonds and being cut out of the international credit market will probably be equally painful, but have fewer deleterious effects on the average Greek citizen.

15
Where in the world could one get access to land without risking government interference in operations, while allowing travel to and from the USA?
7
From City-States to Kingdoms to Empires: Where are the lines
2
What would be the key differences between real-world nuclear warfare and alternate reality where each nation has only a single thermonuclear weapon?