Are two Earth-Like planets able to be in the same system while sharing five habitable moons between them?

What I want is to know if I could have seven Earth like (What I mean by this is having an Earth-like atmosphere and climate, in this scenario size doesn't matter and nor does gravity) planets in the same system (This is not in our solar system but a different one containing what I will specify and other non habitable planets I have not mentioned) two Earth sized or larger Planets and five moons split between them however. I just want to know if this works and is probable.

...but I'm sure you're wanting more details than that, so here's some research!

Or: How I Learned to Respect Gravity 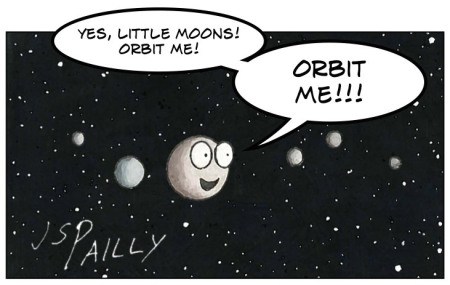 Every object has a set gravitational field; you, me, the earth, cheese, and the galaxy all are gravitationally attracted to one another. Gravity though is a function of mass and distance, which means that the larger and closer an object is, the more gravitational pull it will exert. This also means that if an object is moving fast enough, but close enough, or a large center of mass, then it will orbit that mass. This zone is the Hill Sphere.

The Hill Sphere is a zone in which an object can safely orbit another body. Outside of that, the body will fling off into space. So the solar system as we know it exists within the sun's Hill Sphere.

Now, as mentioned before, gravity is also a function of mass. So if two similarly-sized objects get close to one another, then they both enter one another's Hill spheres, and thus will become gravitationally attracted to one another. And if they're in stable orbits before hand, then they can possibly be knocked out of orbit, sending them flying away or crashing into the parent body, which brings me to... 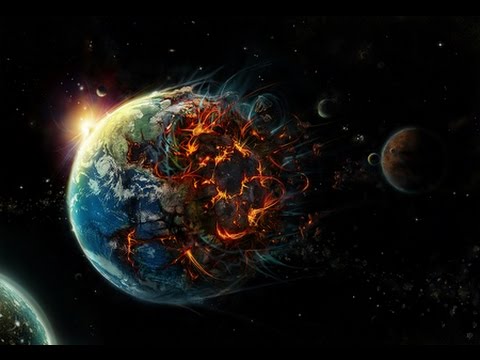 There's an inner limit to the Hill Sphere called the Roche Limit. Past this limit, the gravitational forces experienced by any orbiting body become so great that it literally rips the body apart. Within this limit, either a body will become shredded into a ring system or just crash into the planet.

So now that you know about these two forces, let's look back at your scenario. One star, two Earth-size planets within the habitable zone, and 5 moons split between them. The scenario is doable, but there's a catch. The planet should have to be far enough apart that their Hill spheres do not cross one another, yet close enough to both fit into the Goldilocks zone. Otherwise, their moon systems will become entangled, and the moons will careen into either of the planets or the star. Then ya won't have any habitable Worlds.

Very rare setup, definitely. But is this scenario doable? Absolutely.

Short and concise: Yes, but no

Longer. But not that long:

Possible: Yes. Everything is possible.

Works: Uhm... Might. Yeah it might, depending on their distribution, etc. But you'll run into a multi-body-problem (3+) - so the system is unlikely to remain in equlibrium for any longer period of time, due to the various forces each of these massive bodies applies to the others.

7 Earth-like planets is a chain of 7 planets with a good chance of spawning life1.
I cannot give you the math right now but we're getting into the ranges where current computers cannot calculate the chance of this happening without making use of compound datatypes spanning multiple registers and passes.

1Assuming that is what you mean by Earth-like. If you do not require them to be able to spawn life of their own similar to our earth you could limit their rate of mutation by having less radiactivity on them, but that doesn't really change anything, as you still want them to be ablr to support life.

Can a system of two binary planets sharing five moons exist? Yes certainly in fact there are multiple arrangements that could be at play. The moons could orbit one planet the other planet or both in any combination.

The question of plausibility is much harder to answer though short answer is no. They key point is that this can only be solved numerically with a computer via an n body simulation (or in this case a 7 body simulation) There are in principal an infinite number of possible solutions to this problem all dependent on initial conditions and outside factors as this is a chaotic system which implies an exponential deviation per change in initial conditions.

This would make it nigh impossible for the system to remain stable(as it will tend towards a more stable configuration over time(with a single world being the most stable configuration). The odds are this planetary arrangement if it were to exist it probably would not last long as the presence of other bodies/worlds, cosmic radiation, cosmic dust, the host star(including gravity the varied light emission over its lifespan stellar winds, and outflows caused by magnetic storms on the surface of the host star) and on a more fundamental level Gravitational waves insure that any orbit will eventually decay.

As it is I doubt you could keep this stable long enough for sentient life to develop as the various planets and moos masses as well as all these external factors will highly perturb this system into pure chaos.

If you want multiple worlds suitable for life you might be better off having separate planets achieve habitable conditions. In our solar system at some point of time Venus Earth and Mars seem to have had liquid oceans(and all have lost them as some point so given the right atmospheric and geologic conditions to adapt to the stars evolution over time. Then there is the potential for habitability around the moon or moons of a gas giant planet as well.

Not the answer you're looking for? Browse other questions tagged science-based planets space .