How to prevent medieval houses from being destroyed by dragons' dropping?

In the 13th century C.E. especially during the mating season, dragons can grow to over 15 meters in length. Twice a year they will flock together and fly across the Pacific ocean to find mates. The problem is during this time many houses will be smashed to pieces by the dragons' dropping as they fly over. Each dragon is capable of producing up to 50kg of solid waste matter. These dragon are docile by nature by will become aggressive when provoked, they usually hunts in pack.

How do the people in the medieval age built their houses that can withstand punishment from the innocent dragon? Interestingly the migratory route usually covers fertile land near to fresh water source.

There's a Mythbusters episode, where they drop a piano on an old country house, and it turns out that normal roof beams (ca 30x30cm) are pretty stable. They had to fill the complete piano with bags of sand to make it crush through the roof and by that time, the piano weighted much more than your dragon poo.

During mating season there may be minor repairs and now and then a loud bang. But that wouldn't be a problem because the benefits are much bigger:

Dragon guano! All the farmers will happily buy the stuff from your village, because dragon guano is one hell of a fertilizer for reasons.

There's a by far worse scenario you should worry about:

I leave the rest to your imagination.

I couldn't help but want to look up the details of the Mythbusters episode Alexander mentions in his answer. Here is the video, and here is the summary:

(Edit note: The Mythbuster video has been removed from YouTube, and I haven't found a replacement. However, there is this video which shows the same concepts - Even if it is just a bunch of people dropping a piano on a house for fun.) 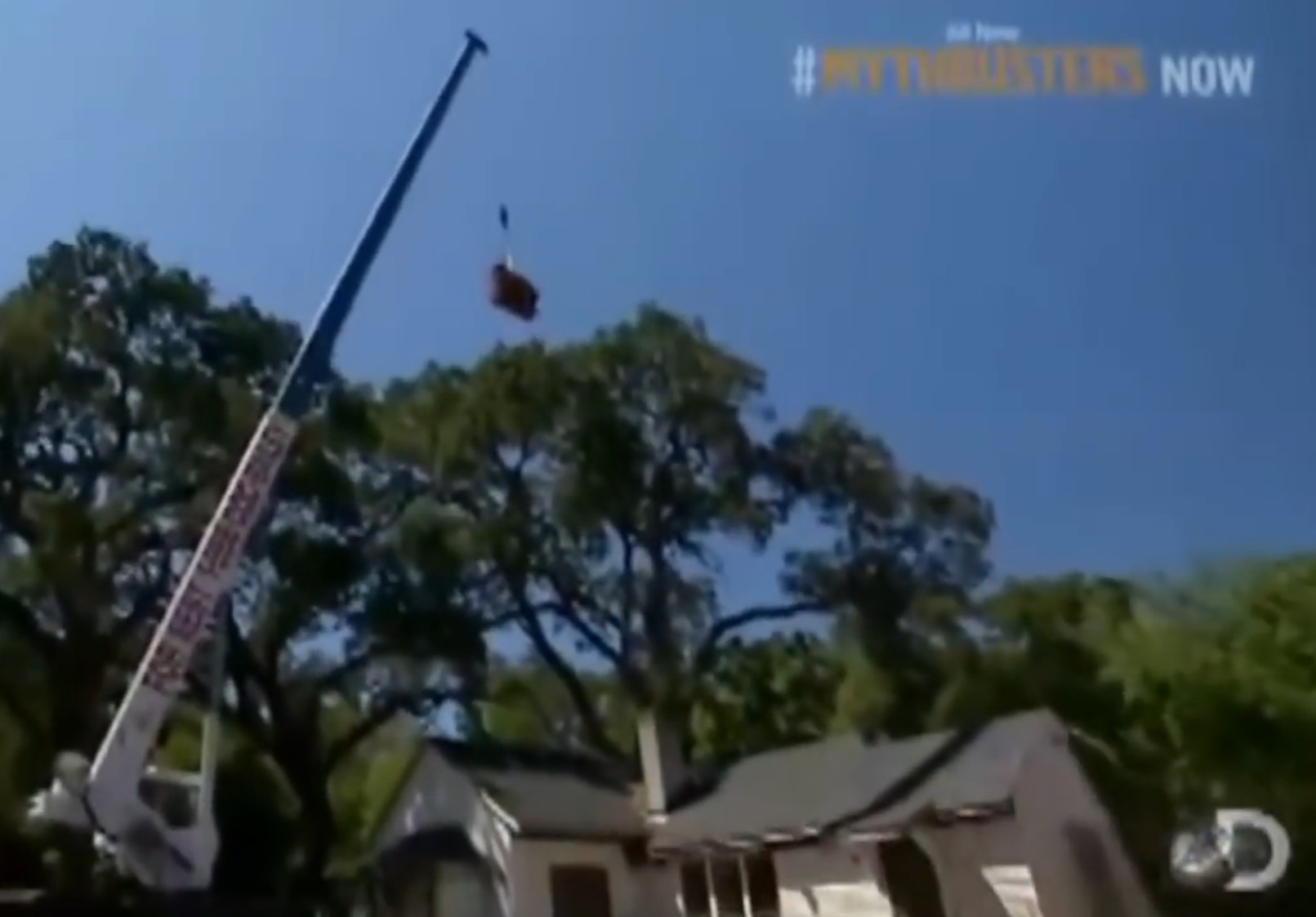 MYTH: A piano dropped onto a house built in the 1800's will smash cleanly through both the roof and the floor.

The Build Team found a one-story house slated for demolition, marked several target points on the roof between joists, and used a construction crane to hoist and drop various pianos from a height of 50 feet (15 m) above the roof:

So, Alexander seems to be correct--your average house will not be damaged much by 50kg of poop. Houses generally speaking seem to be able to stand up to 24 loads of guano simultaineously on the roof before breaking.

To protect the houses from the intense winds generated from flapping of wings, the houses could have rock wall wind baffles around them:

This would send the intense winds up and over the roofs.

Against droppings build houses with steeper angled roofs, like you see in alpine regions. This increases the area hit from above, distributing the kinetic force more evenly, while also flattening the impact angle, thus making it more likely for the solid parts to ricochet. Also non-solid components will slide off faster and more easily.

Against wind reduce the wall heights (even better: have no walls at all) and get rid or corners that will create low-pressure air pockets.

Your final design would probably a cone-shaped structure where as much room as possible has been moved below ground level. 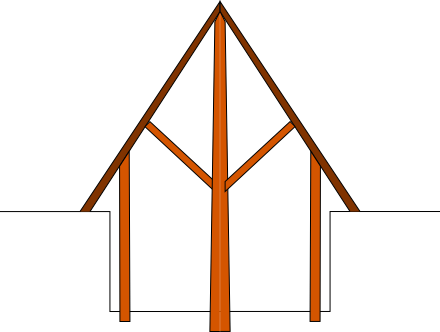 just build them underground or use tunnel/Arc-shaped structures with a similar physical principle to direct the force of the falling dragon around your house. How to build a strong arc is common knowledge during medieval times

Depending on how far above the ground the dragon was when they poo, it might or might not destroy the roof.

Thus to prevent houses from getting destroyed the dragons needs to fly low. Or you can have the roofs more pointy to reduce the impact. But pointy house would be weaker to the wind since they need to be tall and tall things don't go so well against the wind.

My suggestion is that your people needs to develop an architecture that allows the wind to pass throught the house while at the dame time have pointy roofs.

Let economics take care of it. Slate (or otherwise fireproof) roofing materials will command a premium over wooden shingles or thatch roofing in dragon-poop prone areas.

In this answer, dragons droppings are used as building material for its mound. Except when out of reach of land, dragons don’t throw away waste.

In addition to other considerations, the dangers posed by POOP FROM THE SKY are not very great.

According to these maps population density in the relatively densely populated countries (Britain, France, Italy) ca 1300 AD ran about 40 - 50 per km2. Assuming a nominal household size of 4 (since living alone on a medieval farm is almost impossible without division of labor), that is about 10 houses per square kilometer. Now assume a cottage size of 10 m x 10 m, and the ratio of roof area to land area becomes 1:10,000. If, in the course of a year, an average square kilometer receives 100 impacts, the probability of a cottage getting hit is only 1 - (0.9999)100, or 1%

However, there is another option. And that is to hire a dragon slayer and remove the breast.

Not the answer you're looking for? Browse other questions tagged medieval survival construction dragons or ask your own question.

38
How could Medieval cultures defend themselves against dragons?
16
Medieval low-energy houses
15
Preventing dragons from being too overpowered
3
How to explain fire-breathing feathery dragon extreme mating behavior?
0
Would trained, obedient dragons fare better in a battle against the wild ones?
2
How would medieval knights capture the anti-metal dragon?
1
How can an animal rights organization prevent the extermination of dragons?
5
How to prevent medieval houses from being burnt to ground by fire breathing dragons?
19
What natural force would prevent dragons from burning all the forests in the world?
4
How do intelligent spherical creatures build houses?