I was meddling with creature design a bit, and I had not been successful at coming up with anything that I would call beautiful that isn't some sort of humanoid creature. This is disappointing because it renders the design to be a mere deviation from the existing impression of a human body.

What sort of non-human creatures are typically seen as "beautiful"? How would one go about designing a non-humanoid creature that evokes the sensation of beauty?

I personally find many animals quite beautiful! Frogs, moths and sea slugs are some of my favorites: 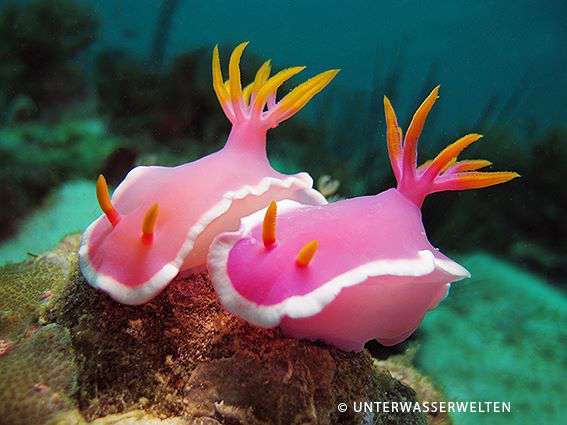 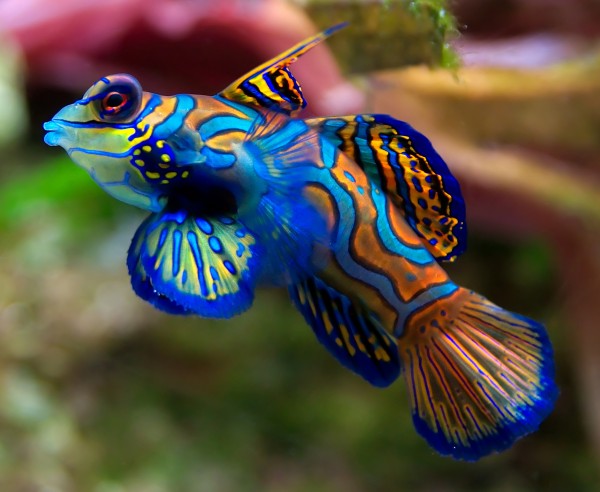 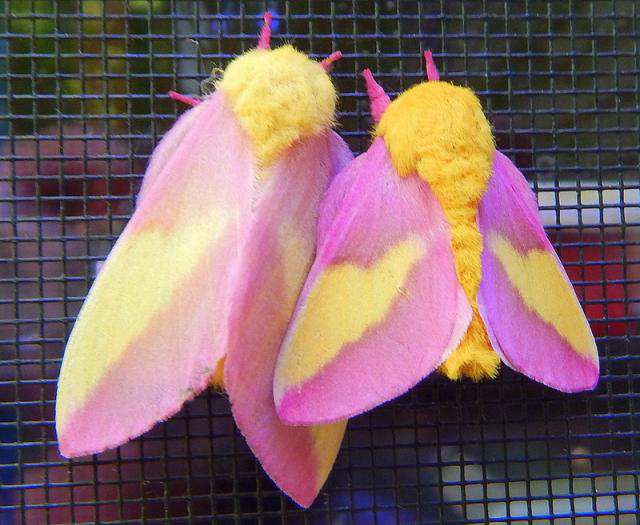 I have even known a person who found bees beautiful, and one who told me earwigs struck him as sexy. So, I think beauty really is in the eye of the beholder.

Beauty is a characteristic of an animal, idea, object, person or place that provides a perceptual experience of pleasure or satisfaction.

So, you can put the label "Beautiful" on everything which provides a perceptual experience of pleasure or satisfaction to you personally. But as the old saying says "Beauty lies in the eyes of the beholder" it is an individual experience. A thing you might consider beautiful, looks like a pile of junk to another person. Beautiful can be anything, your husband / wife, dog, cat, car, the stars, the SR-71 Blackbird, houses, castles, dolphins. For everything in the world you will find some who to tag it with "Beautiful".

Even H.R. Gigers alien is beautiful in my eyes, mainly because it's different and scary.

Many animals not only have an understanding of beauty in the sense of sex appeal, there is significant overlap between what animals find attractive and what humans find attractive.

Symmetry (for animals that are "supposed" to be symmetrical) and smooth, even, or shiny skin/fur/feathers/scales/exoskeleton are all characteristics that indicate health, fitness, and lack of parasites. While (most) humans don't find non-humans sexually attractive, we can often tell the difference between a beautiful specimen of a species and an ugly one, and that will often reflect the preferences of other members of that animal's species.

We can even apply the same airbrush and Photoshop techniques used for human models on animals to make them look better - for instance, the "Ridiculously Photogenic Horse" meme. Also, chickens are known to find physically attractive humans more appealing.

Many species, including humans, also find bright colors attractive. Not only does it catch the eye, it is an indicator of good health, since it is difficult to produce bright pigments when sick. Even though our natural coloration is uninteresting compared to, say, birds, we wear colorful clothing and jewelry to enhance this. Brightly colored eyes are also seen as appealing.

Humans also find animals with graceful, controlled movement more appealing than those with short, twitchy motions, likely for similar reasons: jerky movements in humans and related species is an indicator of disease, injury, or fear. The smooth undulation of an eel or whale is preferred to the twitchiness of mice, birds, or insects.

Species humans find beautiful often have these characteristics. Peacocks, parrots, butterflies and tropical fish are traditionally "decorative" animals thanks to their bright colors, and many people find the sleek fur and grace of deer and big cats attractive. Even species that are not culturally seen as beautiful can be appealing to some: the shiny, iridescent scales and smooth undulations of a healthy snake, or the striking black exoskeleton of a spider. It isn't for nothing that these particular creatures are often associated with sexuality.

Non-human creatures that are beautiful are not only possible, they exist!

I think most of the animals in the world are considered beautiful by some. Some I appreciate are leopards, dolphins, and gazelles.

However, there is a solid argument for what makes these things beautiful to a human observer is only in the ways that they seem human, such as arguments found in this video.

Another thing to look at is in beautiful mathematical patterns that clearly take no semblance from humans and expounding from those, such as fractals. I think there is a lot of beauty that can be found in that complexity.

Of course beauty is a subjective term, and beauty to an alien or anything non-human could just as easily be epitomized in a blob fish.

There is beauty in Symmetry! Not everyone and everything is cable of discerning the symmetry in diverse patterns, however. Hence the cliché, ... In the eye of the beholder ...

So if one wants to develop a creature that is beautiful, one must first ask whose eye? If it is a human eye, one should ask questions about a sample population that eye belongs to. In particular, which patterns is that population likely to be able to recognize, appreciate and parse.

So to answer your question directly,

I must know who is looking.

Beauty is highly personal scale. What one calls beautiful the other may call ugly and vice versa.