Humans as a power source [duplicate]

In the second episode of the first series of Black Mirror, "Fifteen Million Merits", humans' primary way of earning money is by powering pedal-driven electrical generators.

No, this is a terrible idea and many a hippie has fallen for it.

Humans can generate 60 to 100 watts sustained on a stationary bike. The room lighting alone would put you in the negative.

You'd get more energy from composting and burning the food to generate steam.

The original script for The Matrix had the machines using humans for their computing power, which made a lot more physics sense than the coppertop explanation in the theatre version.

It Depends On What Is Being Powered

If you are trying to light a 60 watt incandescent bulb or a resistance coil stove top, it is incredibly hard to generate enough energy on a stationary bike to keep the bulb lit for very long--I have tried several times at a science museum. You can test it for yourself by going to a gym and trying a stationary bike or rowing machine with a digital readout. They usually have an option for showing how much energy you are expending.

However, if you are trying to light a LED flashlight, a very small amount of energy expenditure can go quite a long way. Take for example the Secur LED flashlight: 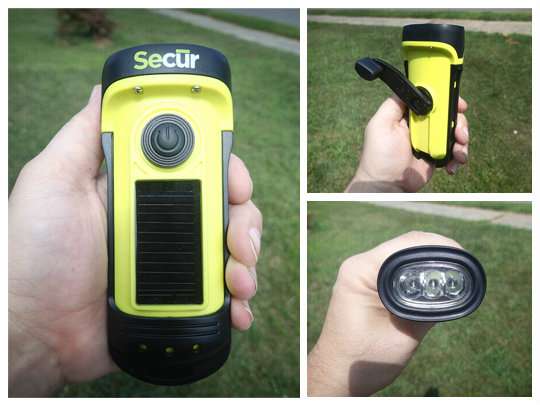 It has the following specs:

I have one of these and it's plenty bright enough to use when walking around at night.

So, as you can see, if your electronics use less energy, stationary bike generators become much more plausible.

On limit on how much energy people can generate from exercise is muscle fatigue. One possible way to increase endurance is to use respirocytes. Respirocytes are hypothetical, microscopic, artificial red blood cells that are intended to emulate the function of their organic counterparts, so as to supplement or replace the function of much of the human body's normal respiratory system. Respirocytes were proposed by Robert A. Freitas Jr in his 1998 paper "A Mechanical Artificial Red Blood Cell: Exploratory Design in Medical Nanotechnology". 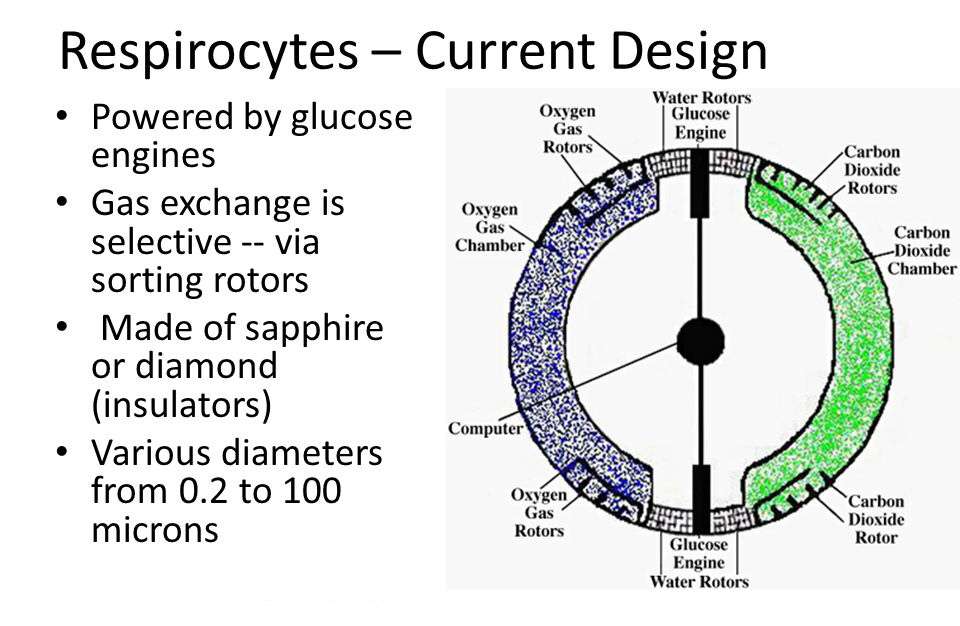 In Freitas' proposal, each respirocyte could store and transport 236 times more oxygen than a natural red blood cell, and could release it in a more controlled manner. Such respirocytes "would allow an adult human to sprint at top speed for at least 15 minutes without taking a breath."

So, with this kind of extra endurance, people could generate a lot more energy on bikes.

However, the bottom line is if you are trying to replicate modern a society with its current power usage solely by powering it with bicycles, I cannot envision any scenario that can work. How would you heat water, cook food, etc. Human power can supplement power generation, but if you are going to rely on it alone, I think you would be envisioning an extremely primitive, almost stone age level of society, with the exception of LED lighting.

Not the answer you're looking for? Browse other questions tagged humans near-future energy robots electricity or ask your own question.

27
Humans as batteries; how useful would they be?

0
What power source could accelerate my O'Neill cylinder to fractions of c?
11
Hypothetical energy source with higher output than Dyson Sphere
41
What would be the ideal power source for a cybernetic eye?
0
How plausible does the power source for this fictional giant robot sound?
8
Would a magic-using society create living batteries?
6
Tiny electrical generator?
3
Plausible propulsion methods given a virtually infinite electric power source
15
What would the scientific explanation be for an energy source that can last 130,000 years?