Government: How to resist boycotts?

In my government (USA-like laws and political system), a group of people mad about a newly passed law are boycotting all purchases. This group is made up of a large portion of the population, so simply ignoring them may not be economically feasible. Also, retailers, etc. are complaining about the loss of business (5%-75%), tanking stocks, etc. and they would like the government to do something. What should the government do? Strategies to avoid:

Assuming your country is a democracy with a market economy the worst things that could happen is 51% of the population supports your law while the 49% hates it. Anything worse then then that and the government would be kicked out by protests or in the next elections.

So if 49% decides to boycott all purchases, what they gonna eat, only 2% of USA population works in farming. Are they all going back to till the fields and keep farm animals? That's lunacy. Most of the city people can't and won't work the land unless their life depends on it.

What usually happens in boycotts is that people stop buying from one brand/ chain-store that they perceive as "evil" and start buying from their competitor, wh was smart enough to keep their head low. That's why it's bad ideas for large companies to take sides in political disputes, it risks alienating customers. Since many industries are oligopolies the boycotts rarely achieve much. Just check the concentration in the food industry, if you want to boycott those 10 companies you had to buy all your food at the farmer's market. 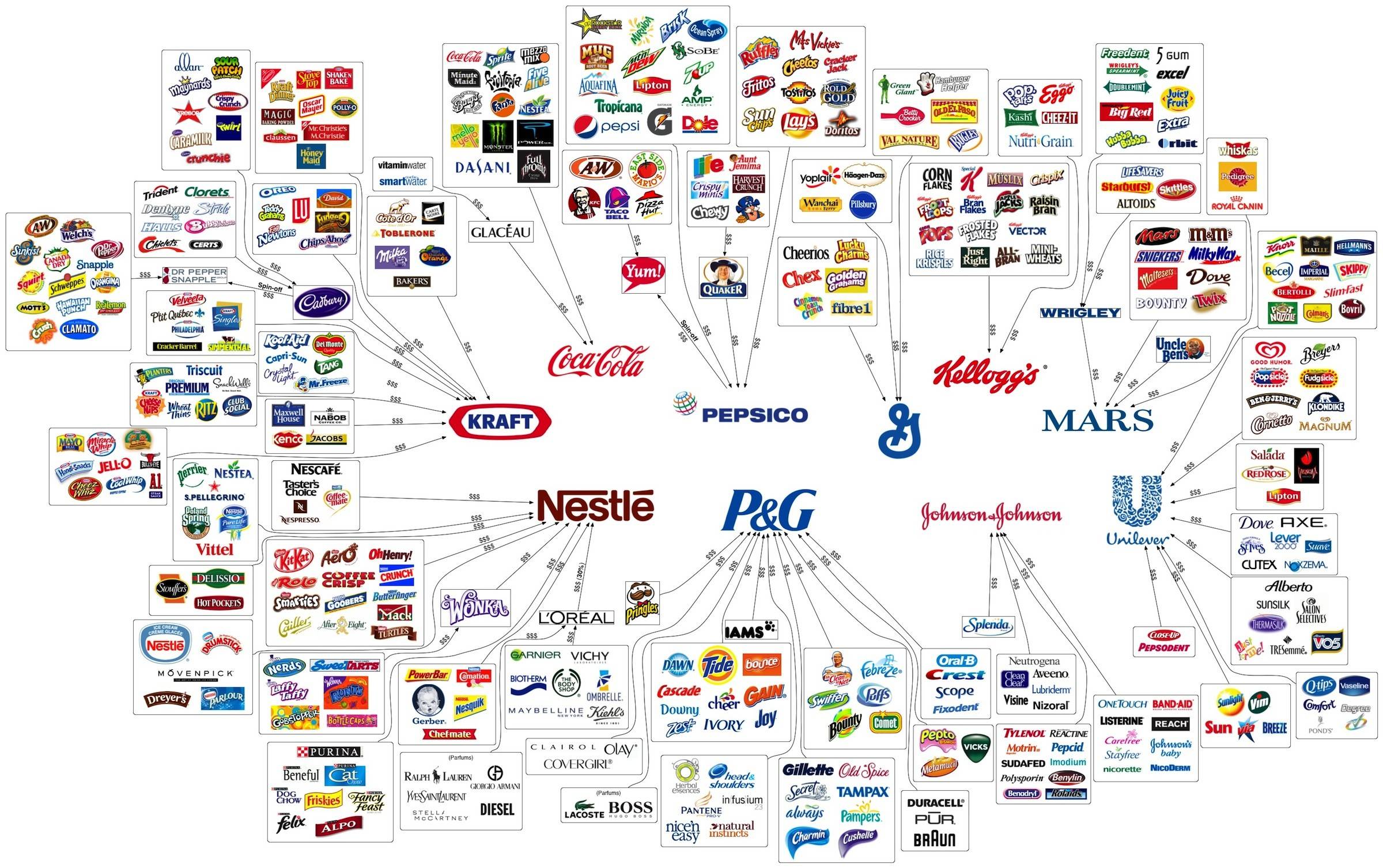 So if the government really wants that law to stay, it should let the boycott continue as long as they goes, in few days majority of them will get back to shopping. And if few zealots decide to become subsistence farmers that's their right.

On the other hand if government position is precarious, they must make some compromise with the protesters. As a politicians it's their job to find one.

Image taken from this article

What will they eat? Since this is an ad hoc action, there'll be only little preparation. Food in the fridge will be used up after 2-3 days. Vegetables may last a few days longer if refrigerated.

What will your people drink? The beverage supply in the house may last for a week or one and a half. And after that? Drinking water from the pipe? May work, but not for long, since water in some regions may be little unhealthy.

How will your people get to work? They cannot by fuel, train or bus tickets. Oh, they may use the bike to go to work, but that only works in cities. I had a job 70 kilometres away. Happy cycling there and back.

The government will do what they always do. Wait for the outcry, people will stop buying for a day or two. So? After that government declares it'll retract the law and replace it by a less unpleasant law and will repeat the process a year later.

But: Would a government of a US-style country publish a law in that way?

No. They wouldn't just go there and throw the law to the masses. They wait and lurk in the shadows of bureaucrazy ('z' intended) until the masses are distracted Olympic Games, Soccer Championships, Superbowl. That's when government strikes. Take your time and check how many unpleasant laws were signed and became public during large sports events. People would say, D'oh, that's not a good law, but look at that touchdown, woohooo!

Not the answer you're looking for? Browse other questions tagged politics government or ask your own question.

16
How do you overthrow a government without violence?
7
Intelligent Animal Politics
8
How plausible is this form of government; where you get votes depending on the amount of income tax paid
4
Rules to avoid rich buying votes in goverment that allows earning of extra votes by performing “civic duties”
5
Voting system openly based on money, would it work and/or be accepted?
3
How can I realistically make a worldwide government that works with my fictional world with different magical races?