What is the smallest change I can make to history to allow the French Empire not to fall?

Below is an image of the French Empire in 1812: 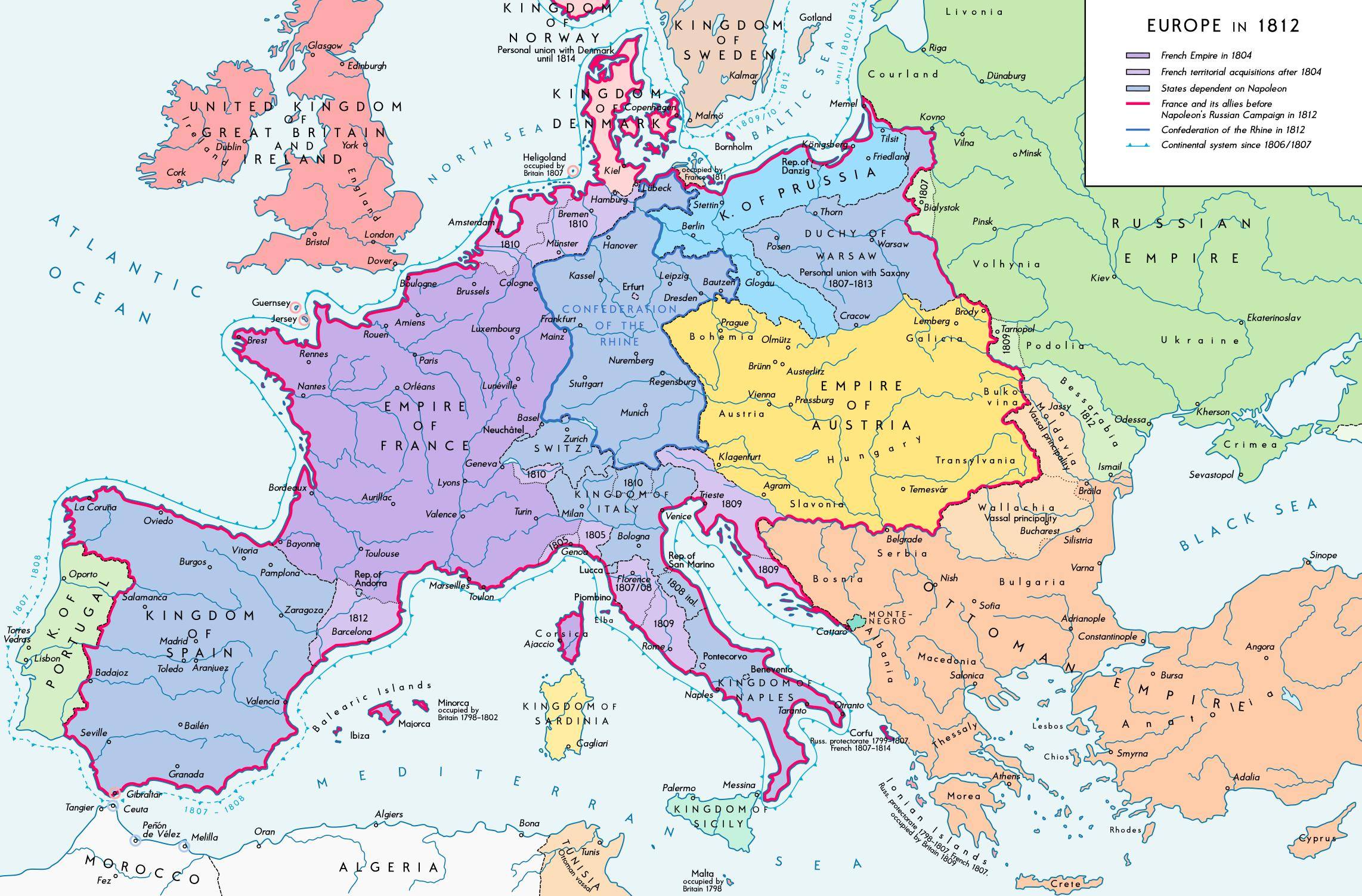 Circled in red are France and its allies before Napoleon's doomed-to-fail campaign on Russia. Outlined in blue is the Confederation of the Rhine. In dark purple is France in 1804 and in light purple are its acquisitions post-1804. Finally, in dark blue are the states dependent on France. This was a huge empire, one of the largest ever seen in Europe. But sadly, Napoleon foolishly attacked Russia in the winter, losing over half of his army in the process.

What is the smallest change I can realistically make in history to prevent this empire from falling?

Have France accept the Frankfurt proposals.

In 1813, Klemens von Metternich, Austria's Foreign Minister and one of the most powerful conservatives (read: pro-monarchy, anti-Napoleon) in Europe, offered Napoleon the Frankfurt proposals. Under them, France would relinquish

However, it would keep its "natural frontiers":

Napoleon declined because he thought his victory was assured. However, he underestimated the strength of the coalition against him. The conservatives of Europe (see above) wanted to maintain a balance of power among the top nations (chiefly Russia, Prussia, Austria, and Britain), which would be shown again in the Congress of Vienna. A powerful France did not fit into that picture, and so they would do whatever it took to stop Napoleon. They had enough force on their side to do it, too. And if it didn't happen in 1814, it would happen later, because none of the major powers would be willing to align with France for anything.

At that point, it was France vs. the rest of Europe. France lost. But it could have salvaged the war. And yes, it could regain its power with time, even if it accepts the proposals. It just has to wait for Europe to become unstable again.

Make the U.K., Russia and the Ottoman Empires offers that they can't refuse.

Rather than making war with Russia and tempting war on other fronts, make deals with them that make them happy.

Secure their support with trade deals that are unfairly favorable to them. Offer to take their prisoners and dissidents. Offer to squelch activists in the empire who dislike them. Offer to build rail lines that connect their capitols to your empire at your expense. Trade them your colonies abroad for their cooperation.

Imagine how the world would have changed if the Louisiana Purchase had sold French North America in the Mississippi basin at a discount to the Ottoman Turks or the Russians or Portugal, instead of the Americans.

Co-opt existing business leaders and aristocrats in a manner that allows them a bit of control of the dramatic rate of change brought about by joining your empire and assures them a prominent place in it. Meanwhile, put local elites who refuse to be co-opted in fear for their lives.

Secure the full blessing of the Church

Do what it takes to get the Church on your side.

Rather than further expanding, expand the French mass army (one of the first in history) to other countries, raising citizen armies and training them in every country. Then deploy them in each case far from home where they will have no local allegiances. Resupply your troops during the lull with weapons and logistic supplies.

Hire pitch men and artists and playwrights and musicians to tell the story of the miraculous enlightenment of your empire for everyone to hear everywhere all of the time.

Not the answer you're looking for? Browse other questions tagged reality-check warfare alternate-history or ask your own question.

10
What language would the Anglo-French Empire use?
7
How would the Anglo-French empire arise?
246
What's the smallest change to physics required to allow magic?
5
What could Napoleon have done to keep his Empire intact?
5
What single change in history would allow to make the German city of Munich be in modern France?
5
Alternate History: A European Empire in the Middle Ages - Feasibility