Greatest possible genetic difference between a male and female of the same species?

Nature does some pretty interesting things with gender:

This is a female trilobite beetle. 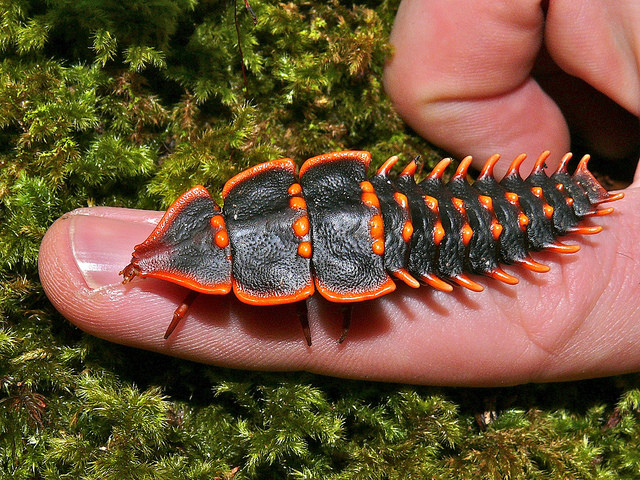 Scientists have observed females extensively, yet for decades, scientists could not identify the male triolobite beetle. Of course there had to be one, as the females cannot reproduce asexually - but the males had never been observed until recently because they look completely different. 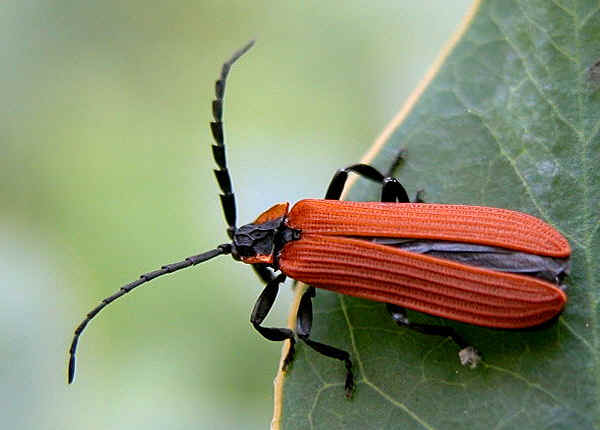 While nature can produce some extreme circumstances like these, I'm interested in pushing it farther. In a relatively complex, but not necessarily intelligent, two-gendered species,

What can be the greatest possible genetic difference between males and females, and

What are 'cheaty' ways to make them even more diverse?

I also think you could have 100% genetic diversity, but not as Philip suggests, since you are looking for the male and female to be of the same species.

Jason K gave you a good answer, but I would like to expand it even further.

Now, the example I'm about to give you is just theoretical. There is not, to my knowledge, anything like it on the real world.

Humans have 46 chromosomes on each cell, which constitute the totality of their genetic code. There is 1 pair of sexual chromosomes (XX in women and XY in men) and 22 pairs of other chromosomes (these are named autosomal and code everything else in the body).

Let's assume a species with the same genetic configuration, but in which male and female are so diferent, they look like diferent species.

Now, imagine that each member of that species has

This means that the content of the M and F chromosomes could be completely diferent. The only thing that would have to remain equal for both sexes would be characteristics that would allow genital and environmental compatibility, so that males and females could reproduce.

What about the genetics of reproduction?

In humans, the gametes contain half of the totality of the genetic code, ie 23 chromosomes (being 1 sexual and the other 22 autosomal).

In your fictitious species, you would have to work this out a little further, lest a male individual gets a majority of F chromosomes (and vice-versa), which would be incompatible with life.

In the production of the gametes of your species, you would need them to contain:

When the gametes combined, this would render 46 chromosomes again:

So, it is theoretically possible to have 100% genetic diversity, since the genes expressed in both sexes would be completely diferent. Even though, of course, there would not be so much genetic diversity if you took the genetic code as a whole.

Cheaty answer: 100% diversity, because males and females are actually two completely different species, but have a symbiotic relationship where they rely on each other for procreation.

Both species are actually hermaphrodites. Genetic exchange between members of the same species happens separately from procreation. For the actual "making babies" process (however you want it to happen), both species are required and the produced offsprings are of both species (or alternatively there could be different procreation processes for creating males and females, and they perform whichever the society currently needs more of).

Functionally you can have any different appearance you want, so long as the males and females have a compatible set of sexual organs (won't even need those if the males fertilize eggs after they have been excreted by the female) or at the very least a set of attractants to they can find each other and realize they can mate with each other (and you STILL don't need even that if the male releases his sperm into the environment and the female just stumbles across it!).

While the male and female may differ only by a single sex chromosome in the tried and true XY type sex determination system, that chromosome can enact all sorts of changes by up or down regulating all the other genes. And if you get into more complex sex determining systems, like the temperature system of some reptiles, you could affect all sorts of genes. Those trilobite beetles, for example, may represent a female that is stuck in a larval stage while the male molts and turns into the winged beetle form.

So you are really limited only by environment. It is unlikely, for example, that an aquatic female would ever encounter a terrestrial based male, unless they both frequent tide pools or something. But there really is nothing that keeps a hummingbird-like male from mating with a grizzly bear-like female assuming they share the same territorial range and have some mechanism for exchanging DNA. The insect world has many examples of extreme sexual dimorphism.

But the key here is that the reasons for sexual dimorphism have to make sense. The more care and raising of offspring needed, the more similar to each other mates tend to be. If the young are all on their own from the get go the appearance of the parents is functionally superfluous and the males and females can resemble two totally different species but if the parents care for the offspring then the sexes tend to be pretty close in appearance (at least when young) so they can have similar "child care" requirements.

This is a pretty unanswerable question, given the complexities of genetics. But from a basic standpoint: As much as you like, as long as the two different genetics are still capable of being combined to form another creature capable of reproducing.

In you scenario you specifically asked about male and female, so I'm assuming binary sexual reproduction here (two partners, two sexes). These two will (if they're anything like us. Who knows, they might not be!) have a matching number of chromosomes. Without a matching number they might still be able to have children, but those children would then not be able to procreate further.

Aside from that you can go wild with genetics. You can't guarantee that the children of this coupling would be in any way the same as their parents, or even that they'd survive particularly long, but fundamentally your question boils down to whether or not the chemicals in one parent's gametes can successfully combine with the chemicals in the other parent's gamete and bring together some other chemicals that like to keep replicating.

So go nuts. It's your world. And unless your world is going to be a rather dull place full of discussions on diploid pairing and zipping proteins you can pretty much forget about actual genetics and just focus on the macroscopic differences, for which you don't even need differing genetic codes, as evidenced by bees, ants, beetles, spiders, lions and Man-O-War jellyfish.

Not the answer you're looking for? Browse other questions tagged creature-design xenobiology genetics sex gender .

41
What effects would a change in the nature of human sexuality have on society and infrastructure
18
How would gender roles be affected by a society where parents could control the sex of their child
39
Would a sentient species be able to thrive when mating means the death of the male partner?
8
What would be the most important consequence of decreasing sexual dimorphism in humans?
5
What Would Happen If A Bacterium Hijacked Human Gender Determination?
0
A friend has an idea for a PA colony traveling to Proxima Centauri B but need help fleshing it out
7
Why would males exist in species with hermaphrodites?
3
Would Simultaneously Hermaphroditic Humans Still be "Men" and "Women"?
1
Genetic Plausibility of All-Male Half Giants and All-Female Witches