I am trying to design an exploration team so that they can explore what Kepler Bb, the planet I am constructing, has in store for them. Here are some things I want for my exploration team:

Threats present on this planet:

Venom is a concern - mild, but still concerning. Even though these people have a super immune system that reacts quickly to venom and poison, some people might be allergic to venom without realizing it. So it isn't the venom directly that is the problem but rather the amount of venom and chance of allergies. I mean, if Alma, one of my characters, stands her ground against a venomous snake, she might get bit more than once. This could lead to allergies or worse, death. That is a big problem for a small civilization, and more so for a much smaller exploration team. 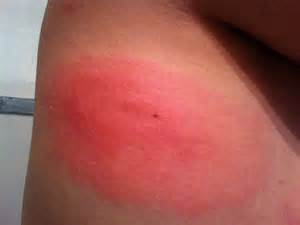 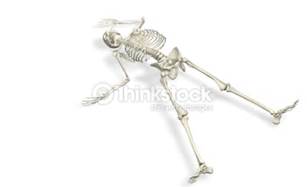 All that might be left after death, a skeleton.

If you are exploring, you don't have a permanent shelter. And while I envision some underground colonies, in which my explorers can handle pretty much any disaster (from floods and droughts to tornadoes and blizzards), an exploration team away from any underground city would not be nearly as prepared. Here are just a few natural disasters they will have to face: 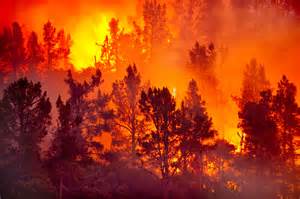 Wildfires are not common on Kepler Bb but can happen before thunderstorms. Burns are a major risk even far away from the fire because fire spreads quickly, and is especially hot. The only safe spots outside the underground cities will be wherever water is, like in rivers and lakes. 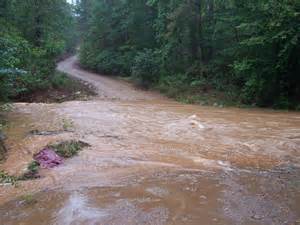 Floods are a big problem for people outside the cities, especially flash floods. They can come without warning and drowning is a risk, especially for children and weak people. A baby can drown in just a few inches of water, way below their head level. Weak people will more easily sink to the bottom and drown there. 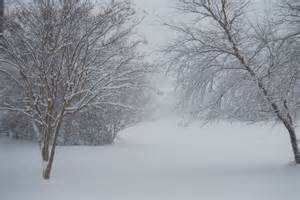 Blizzards are uncommon but even with several layers of warm clothes and as little exposed as possible (only the nose and mouth to breathe and the eyes to see) frostbite (essentially a cold burn) is a major risk.

These are just a few of the natural disasters they will have to face. This is where high numbers come in handy, because the more settlers there are, the higher the chance of survival is for every single one.

Additional Problems
So I mean, they might want to pack a lot of stuff (A single Kepler Bb humanoid can carry a whole bear for a short distance without muscle injury). But that leads to higher risk of muscle injury, or if they trip, fractures. It would probably be mostly water, and other essentials they are carrying, but individuals like my character Alma will be able to fly; when Alma is in flight mode (not the "fight or flight" type but you know, actually flying) she has secret pockets in her wings to carry precious stuff like maps, bird chicks, and her little girl, Kate.

Context Related to Problems with Packing
In fact, in one of my previous chapters Alma started exploring at 8 years old and a convocation of eagles stopped her in her tracks and she had to find a water source. Once she found that water source she got an eaglet from the convocation of eagles, put it in one of her wing pockets, carried it home and then flew back east towards the river to catch some fish and made a pond back home.

Anyway, what would be a reasonable size for an exploration team?

I'm going to try and answer this, even though it's a mess. I don't mean to be rude, but reading your question makes me wonder if you are a child yourself. Who sends children, babies and...an eagle(?!) to explore Exoplanets?

Exploring an entire planet is not something that would be possible nor planned as a one-time en-devour. Planets are huge, even with very advanced technology that would speed up exploration it would take ages.

Previous to any exploration by humans, Exoplanets would be visited by robots, and other autonomous vehicles, like this. It then would become clear if the planet is of any interest to humankind:

At that point it would be already clear if the area of interest is dangerous to humans. If there are hazards that can be dealt with, an exploration force would, well, just prepare to deal with it. Just think of how NASA prepared for the human moon exploration. Space, or in this case the surface of the moon, is an extremely hostile environment, way more than some venom or a blizzard. Apollo 11 had a crew of 3.

You cannot take in consideration every single issue the exploration of an alien world could come up with. If the environment is considered too hostile for human exploration, and there is nothing that can be done about it, exploration just won't happen.

If possible, human exploration of a small and confined area of the planet would commence.

The first exploration team on a new planet would probably be very small. Cost does play a role, since space travel costs a lot of money, but risk has probably also a major role in it. Since, as stated above, the only other celestial body a human has set foot on is the moon, and those where 2 of 3 men in the Apollo 11 mission, I'll use examples of explorations teams active here on earth.

The exploration of the north pole in recent decades happened with teams of just a few men. Such expeditions usually are of short duration and the area that is explored is relatively small.

If a base or colony of some sort can be established, which can support further explorations, larger teams would be deployed. In the 19th century part of north America were explored by the Corps of Discovery, 37 men that went on exploring for 3 years.

Not the answer you're looking for? Browse other questions tagged natural-disasters exploration or ask your own question.