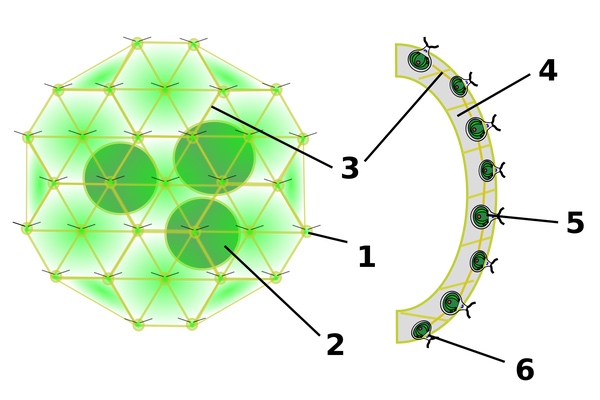 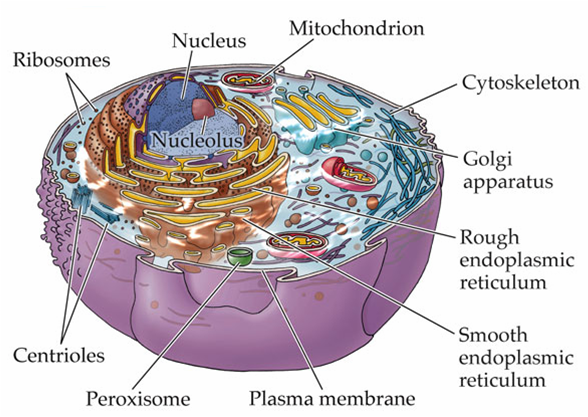 Yes, a bunch of micro-organisms working together can get reasonably intelligent.

An average human is, after all, merely 30 trillion or so cells.

Each of these cells (or rather their ancestors) started life out identically, as a completely undifferentiated stem cell. Each of these cells is very simple. Together they can form an almost-convincing facsimile of an intelligent being.

So a human is just a colony of 30 trillion cells, that cooperate to such an extent that they have even delegated control (nerves) and propagation (germ cells) to subgroups of the colony. But, is this not exactly the sort of specialization that a colony of insects do?

The "no" part of the answer comes from exactly which definition of "organism" you are using. You likely require the bits to be individually motile, like bees, rather than almost-permanently glued to each other, like human cells are.

These answers all seem bad, so I'll add my own.

In our world, there are no known mechanisms of computation that exist within a single, individual cell. From time to time, someone posits such a mechanism, but those are fringe science as far as I'm aware.

Thus, single cells are never intelligent, not even single neurons.

However, there is nothing in physics, chemistry, or biology to suggest that this is impossible. Computational mechanisms could easily be small enough to fit within a cell, and could be made of the sort of organic substances we tend to find in cells. Greg Bear wrote a novel about this (Blood Music, I recommend it), where a mad scientist type engineers bacteria that are individually as intelligent as humans.

For the purpose of your question, if intelligence is Turing computational (unclear, but no reason for it not to be), and if sufficient computational density could fit within a single cell, then they could be as intelligent as any other larger organism. There are probably limits to their intelligence (doubtful single cells could be superhumanly intelligent), but without a clearer picture of how those computational elements function it's difficult to give much more than speculation on that.

Biologies that are more alien than Earth's probably allow more leeway, it wouldn't be implausible that some inorganic crystalline life forms would grow something akin to computronium.

Not the answer you're looking for? Browse other questions tagged science-based xenobiology .

16
Is the Idea of a Collective Consciousness Realistic?
12
Can an entire ecosystem be one giant organism with distributed intelligence?
4
Under what circumstances (natural or unnatural) could a sentient cell develop?