The ODESSA network, a highly secretive organisation of former SS members, decides to hold the former Allied nations to ransom; with a giant parabolic mirror in space that can focus sunlight into an incredibly intense beam, capable of destroying entire cities.

(Artist's depiction of the Sun Gun taken off of damninteresting.com) 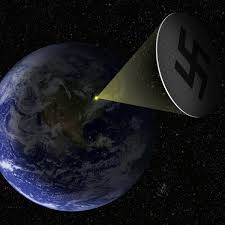 Now over the past 70 years, ODESSA has managed to get their hands in every pie: From major armament companies to agencies that are paid by various Third World governments to launch satellites for them (kinda like SpaceX...but not SpaceX). So funds, equipment and a large workforce aren't a problem here.

But just what will it take to build this Sun Gun and maintain it in space without detection?

The original Sun Gun, which was planned by the Germans during WW2 for a similar p**urpose (namely: Total obliteration of enemy cities) was supposed to have an area of about 9 sq.miles and the reflective coating was to made using metallic sodium.

So, essentially what I want to know is,

How would they go about building the Sun Gun, and what problems might arise in doing so?

But to make sure an answer wouldn't miss out on some 'issues' that I find crucial to the plot, I've broken up the above question into 3 sub-questions which should (hopefully) give users a better idea as to what I'm gunning for here.

Q1- Is it practical to send up the mirror, piece by piece over numerous "satellite launches". Would all the required materials be capable of being transported to space without arousing suspicion from countries like the U.S and Russia?

Q2- How could the mirror have been assembled in space? Would a human crew in space actually be required to patch it together, or would robots suffice?

Q3- Where would the mirror be placed in space, so that it can be built without observation, but isn't too far off (periodic maintenance by a human crew is required...kinda essential for the story, as it gives the protagonist a chance to slip in with the regular crew and sabotage the Sun Gun)?

The mirror does not need to be a single piece mirror. You can focus multiple smaller beams over a city, in a manner similar to this: 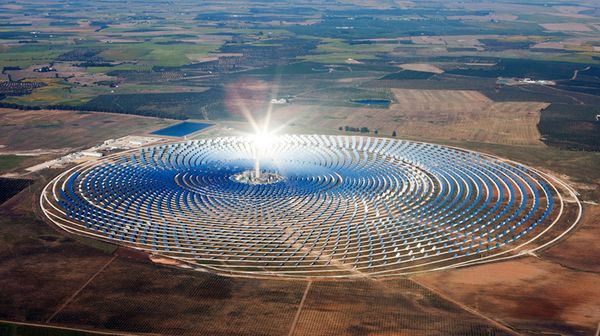 You can launch each smaller mirror separately and in a precise orbit, then later arrange all the mirrors to attack a single target. You can organize a very big cubesat array to target each city. making your weapon resilient... 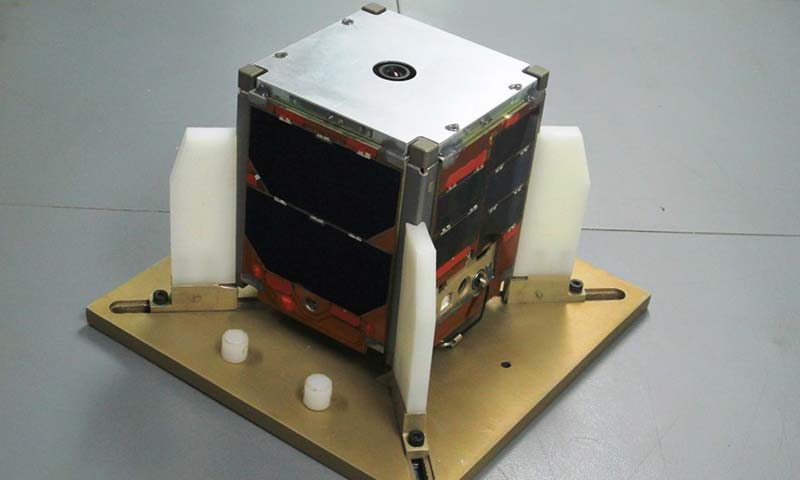 Concealing the mirror is not going to be that hard.

1) As Jorge pointed out, the mirror does not need to be all in one piece. There's a reason all the really big telescopes these days are built with multiple mirrors and this is far bigger than the biggest of them. You're not trying to hide one miles-wide mirror, you're trying to hide a whole bunch of much smaller mirrors.

2) Fortunately, for a city-killer weapon your numbers are too low. Even with perfect accuracy (something you can't get) your mirror can only burn a quite small piece of a city.

3) A major part of the concealment of the elements is that you keep them edge-on to the Earth until you're actually going to fire. Note, however, that once you use the weapon once everyone knows where it is. If it's broken up into enough pieces you might muddy the waters enough but the second time around the scientists will be watching and they'll find every piece.

4) Even edge-on you can't hide near Earth, the tracking is too good. (They're not looking for your mirrors, they're looking for little things that pose a threat to satellites.) I suspect you need to place them around L1.

5) Fortunately, there's a showstopper: Anything like today's level of space activity simply can't hide the number of launches needed. Rockets leave a great trail of fire, there's no concealing an orbital launch. If those launches don't turn into commercial results people are going to start asking questions.

6) Unfortunately, there's a purloined letter approach to the Sun Gun that I think could be pulled off:

The Nazis quite openly work on a lunar mining project. It's not really working too well but they're determined to keep at it. In reality, it's working fine but most of the mined material is being turned into mirrors that are scattered around the moon with camouflage over them (a cover made to look like the Moon underneath.)

It seems very unlikely to me that such an effort could go unnoticed by the intelligence agencies of the major powers (United States, Russia, and probably China and the United Kingdom as well). They have networks in place that track both rocket launches and also man-made objects in space. Additionally, there are hobbyists who track the movements of highly reflective space objects (particularly the ISS, Hubble Telescope, and Tiangong) because they can be seen by the naked eye during certain twilight hours if you know where to look. Surely such hobbyists would notice something new and try to find out what it is.

I wouldn't go with mirror, just because it would be near impossible for these Hydra-esque organization to setup in space or more importantly explain to general public.
Personally I would use large quantity of solar panels, which wouldn't raise much suspiction and which could be explained with sane and rational needs.

Secondly, I would not use direct sunlight, but something akin to Infrared Laser. You may ask - "How to even start explaining that one to general public?". In reality, just tell them it will be used as power source, of your newly created photon sail or different kind of engine. Similarly to those used by Peter Watts in "Blindsight" ( ICARUS ) and lasers used in "Ringworld" by Niven.

All in the same time, but if your super-evil organization have enough power to build something like that. Building ultimate sun-powered killing device against Allies, because they want to make SS Great again ( pun fully intended ) doesn't sound to realistic for me.

The last point is, why not make your cliche Nazis work with government, and create this super-weapon for army, and later on just stealing it/hacking it. That would easily explain source of founding.

Not the answer you're looking for? Browse other questions tagged space-constructs weapon-mass-destruction .

9
Can a space station settlement orbit the sun?
0
Effects in space on a human standing to the side of the muzzle of a huge rail gun when fired