Could you really evade a machine (cyborg) hit?

In Terminator, a human can evade a hit from a machine, rolling onto the floor at the last second. But a machine (cyborg) from the future would be able to do millions of calculations in a second, and correct the trajectory of its arm to hit the target anyway.

So would that mean that you couldn't really evade a self-controlling machine hit?

Like every combat ever recorded in history: it depends.

If your cyborg is, simply put, better faster stronger and smarter than your human, it is going to win. It really wont matter whether a roll occurs or not. It'd be like asking whether you could dodge one of Mike Tyson's punches. The answer is "hell no." You are simply out classed, and face it. There is a point where the cyborg must win. The same goes for any machine such as a trash compactor or even an anvil. If you're dumber than an inanimate object, and it's stronger than you are, you'll lose! Take this to an extreme, and it doesn't really matter if the cyborg is fighting or not (Warning: link is to Deadpool. It's probably as benign as Deadpool gets, but still probably qualifies as NSFW).

If your cyborg is... well... not better faster and stronger, then it will lose. Take Atlas here, with my preferred swear-mod overdub. Atlas is an amazing machine, but it shows just how hard it is to do object recognition in a real world. The process is slow. Combat is fast. It is entirely reasonable that the processing time could be enough to let you dodge a strike.

So what does the fuzzy region between these extremes look like? One answer comes from another overdub of the same Atlas video, with the same quality of hardware but with a more insidious intelligence. It's not your punching swinging story your question asks about, but its worth pointing out that there are other ways to fight. (And Thucydides answer is utterly chock full of examples of that)

One major limit for a cyborg is its musculature. Typically, the cyborgs we see in movies have a very human musculature. This means they have similar weaknesses and strengths as a human body does. There are strong alignments of muscles, and weak ones. When going for a killing blow, which is typically what you're referring to when looking for these "roll on the floor" dodges, you have an already disoriented opponent, and you are willing to align all of your muscles to deliver maximum damage to an opponent that does not react. If you have done this, you have sacrificed the geometry you need to actually respond. You don't have muscles in the right places to correct the path. Maybe if you're a T-1000 cheating like a hobo with liquid metal you can do anything you want, but otherwise you have to obey physics.

Beyond the typical "roll out of the way" gimick, it's worth noting that there are literally entire fighting styles centered around a "melding" of the two fighters such that it's not really reasonable to try to analyze the combat in such a divided way. These styles focus around creating complicated interconnected balances which flow rapidly from one to the other, making it so that your opponent is eventually completely dependent on you for balance. Aikido, Stephen Segal's art of choice, is one great example of this. These styles would be a very interesting opponent for the cyborg. They are designed to reach regions where calculating your actual position and momentum is difficult. If the cyborg is willing to enter those regions, it may be disoriented by these sorts of attacks as a human is. If the cyborg is not willing to enter these regions, the theory would be that the Aikido practitioner then has enough of an advantage to dominate the fight.

Of course, the best way to win a fight is to not get in one... especially when the other guy is actually a cyborg from the future. I'm just sayin'

The idea of fighting robots (Cyborgs, androids, terminators, Autobots) up close and personal is pretty much impossible.

The fighting platform will come after you with all kinds of advantages: 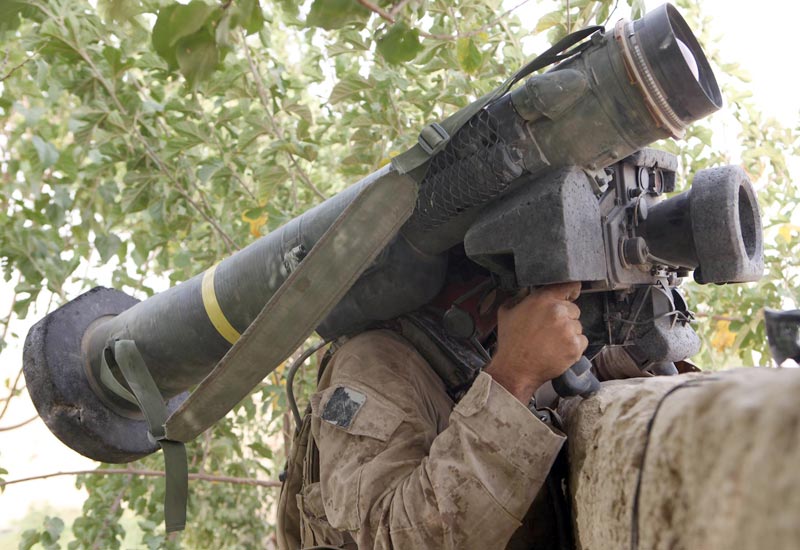 So the usual movie scene where a squad of soldiers throw themselves to the ground or around a corner in time to evade a burst of fire from the robot is never going to happen in "real life". A hidden (and non threat) observer might see a robot suddenly appear from cover, fire what seems like an irregular burst of automatic weapons fire and then rapidly go to cover again. Examination of the dead soldiers would find a single gunshot wound to the head, heart or some part not protected by body armour. The irregular "burst" was single shots fired in extremely rapid sequence as the robot switched its aim point to the next soldier.

Initially yes you could.

Pick up a heavy thing and swing it around. When you swing it hard with all your might - try and push it into a different direction very quickly and precisely. You can't, not even close.

Partly, you put yourself in a strong position to swing it, but once it's moving away from you that advantage is gone, partly you need to spend some strength countering the current movement, partly you need to spend some strength getting it up to speed in the new direction, and there's wasted energy in all the changes. And you need way more energy because you have a lot less time to adjust it mid-swing than you had to drive the original swing.

So I guess the cyborg would be built to similar human strength because most of the time it's doing human things (walking, picking up human scale items), so that's cheaper. And it's not in a hurry - it can try the punch again. So one swing of its arm as hard as it can is not going to be possible for it to change direction arbitrarily.

millions of calculations in a second

But only probabilities, on limited data and limited programming, not perfect knowledge of the future.

Dodge, if you're a skilled fighter, until it learns your behaviour patterns and predicts what you will do.

But by the time the cyborgs are sending Schwarzenegger muscled machines which can punch hard with 1% muscle power and have 99% spare to adjust, machines which have fought humans for years and share everything they learn about human fighting behaviour between them at machine speeds, then liquid metal machines, that opportunity to dodge might be gone forever.

As another poster mentioned...it depends.

Of all the obvious considerations, including the robot's strength and speed, its state of upkeep and general mechanical functionality, the theater in which the fight was taking place, any weapons involved, and so on, good old physics would probably play the biggest role in determining whether a single hit could be avoided. Despite futuristic multi-sensors and ridiculous computational speed, the swinging arm of a T-800-style cyborg would still lag a bit in terms of the ability to recalculate and change trajectory mid-blow. This would give the fastest person — especially someone extraordinarily agile like Bruce Lee — a reasonable chance.

Admittedly, the machine probably utilizes some form of highly advanced anticipatory motion detection and analysis, so you’d probably be looking at it analyzing and predicting your every move and constantly adjusting to the most likely probabilities in terms of where you’d go next. So yes, you’d be pretty much screwed in a straight fight, but again, if you were one of the fastest martial artists on earth and the machine simultaneously chose the wrong probability, then you might be able to work its own mass against it and avoid at least one hit. Good luck, my friend.

Assuming near-future non-perfect robots, it's certainly possible, although not the safest strategy to bet your life on. There are bugs and weaknesses in every machine, and if you know them, then that's something you can work with.

With Terminator-style near-perfect cyborg frames driven by strong AIs, your chances are slim. Given the right amount of training, equipment, luck, and other advantages, it's certainly possible to dodge a hit. It's questionable what it gives though. If one doesn't have a weapon to efficiently destroy the Terminator, then it's going to mob the floor with a puny human sooner or later, by sheer attrition. And if not, just send two Terminators next time.

Not the answer you're looking for? Browse other questions tagged artificial-intelligence or ask your own question.

93
How to keep humans pilots instead of AI in sci-fi future?
5
Given a Computer program that had self preservation and reproduction subroutines, how could it "evolve" into a self aware state?
1
Reducing human military capability
4
What could potentially lead to a AI/robot-driven post-apocalyptic world?
1
How would an efficient University look like in the future?
13
Countering the threat posed by a rogue Moon-spanning AI