These aliens have genes that influence whether the alien will be diurnal or nocturnal. Hatching time also influences this. 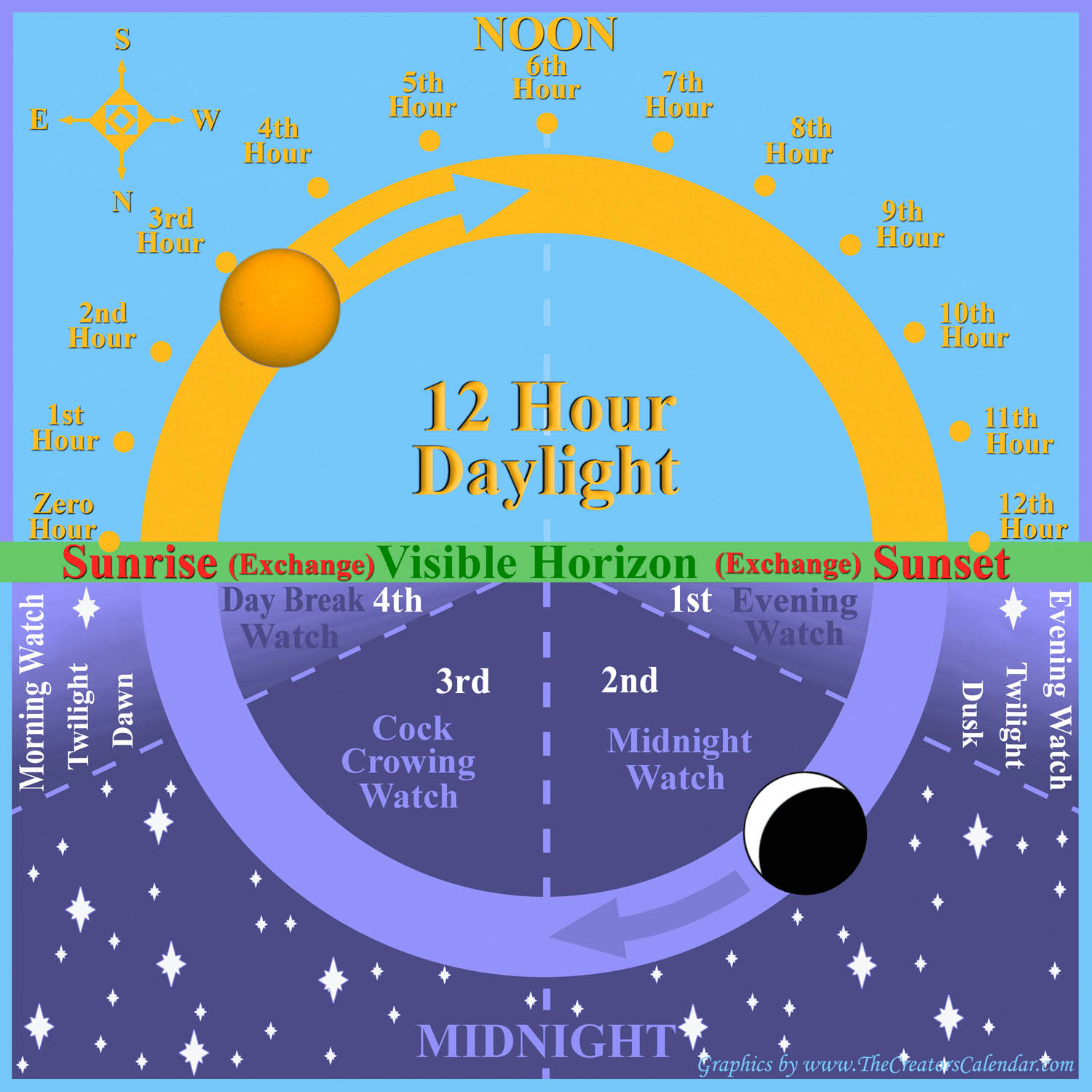 If a baby alien has both the diurnal and nocturnal alleles and hatches during either twilight(morning twilight also known as the blue hour or evening twilight with all those rainbow colors(except green but I do see purple and pink in an evening twilight. In fact especially in the summer, I can see at just the right moment and in just the right place sunlight splitting up into separate beams of red and yellow light as it goes through the windows of my house)) then it is completely unknown if the alien will be diurnal or nocturnal. Same goes for if hatching time and genetics are opposite. If however the hatching time is in twilight but the alien has just diurnal or just nocturnal alleles or if the alien has both alleles but hatches in either the day or the night it is determined by the one that doesn't give an unknown result.

Note: Ignore those Watches and just look at the regions of daytime, nighttime, and twilight.

Is it plausible to have nocturnal and diurnal creatures of the same species?

I'm assuming the word "hatching" in your post means that your alien embryos develop inside eggs which are themselves exposed to the environment, like non-mammals on Earth.

Now, the embryos may have allele N or allele D (or both) of a certain gene which is responsible for producing a certain protein with two variants, S and M. These proteins are both useless during the embryo stage. However, the activator for N turns out to be s and the activator for D turns out to be m. Thus, during the day the embryo has more M and at night it has more S. By a remarkable evolutionary coincidence, these proteins have a lifetime of T/2 (i.e. the probability that they have been decomposed after a time T/2 is 50%), where T is however long twilight lasts in your aliens' homeworld. Thus, during twilight the amount of one protein slowly diminishes while the amount of the other protein increases: both proteins are simultaneously present inside the embryo.

At birth, a baby alien must start feeding off something else (other aliens, mother's milk, whatever), and it is born hungry, so it must take its first meal within minutes of being born. The new diet is compatible with both metabolic pathways but changes the baby alien's metabolism: the s metabolic pathway now relies on protein S and produces a molecule called s2, while the m pathway now relies on M and produces molecule m2. The molecules s2 and m2 are powerful neurotransmitters which determine whether the alien is nocturnal or diurnal (respectively). It also turns out that s2 is an inhibitor of the m pathway and m2 is an inhibitor of the s pathway, so once the alien has had its first meal its metabolism stops for a while. s2 and m2 are also highly reactive with each other, forming a useless compound which is simply excreted by the baby alien. Eventually, whichever molecule (s2 or m2) is present at a higher concentration in the body is the last one standing, so the other metabolic pathway is permanently shut off, at which point the alien is defined as either diurnal or nocturnal. If it has roughly equal amounts of s2 and m2 (because it was born at dusk or at dawn), it is impossible to tell a priori which molecule will win (and the "battle of the molecules" takes a little longer than usual to settle, but it always does eventually because the probability that the alien has exactly the same number of m2 and s2 molecules in its body is nearly zero).

(Note that it is only the photosensitive biomolecule in the inner lining of the egg that has a metastable state; m, m2, M, s, s2 and S are all stable.)

Sorry for the weird nomenclature. Hopefully that wasn't too confusing. :)

Some interesting scenarios which come to mind if you go for this explanation:

A species could have a number of specializations built in, so to speak. Which one expresses itself could be a matter of which hormones the embryo is exposed to over various stages of its development. Consider that bees and ants spawn specialized individuals in this way.

These traits could, alternatively, be decided randomly based on the parent's DNA, and the "luck of the draw", the same way that hair or eye color work for us.

Unfortunately I can't see the time of day that the individual is born affecting their DNA. You can't mix scientific facts with pseudo-magic like the power of the stars, or the time of day. Or rather you can, but it's no longer realistic.

Not the answer you're looking for? Browse other questions tagged aliens xenobiology .

3
Why does this society eat bones?

7
A creature afraid of the light
4
My generation ship aliens: Plausible development?
4
Dragon development
6
Is this Martian creature plausible?
10
How different can an alien be from us if it is possible for us to have sex and procreate?
1
Nocturnal or Diurnal?