Would This Mesozoic Great Dying Still be Just as “Great”? [closed]

252 million years ago, Earth underwent its worst, most violent chapter in the form of the Permian-Triassic extinction event, or "The Great Dying". 70% of the terrestrial species and 95% of the marine species became extinct.

In the Earth Science Stack Exchange, I had asked why the Permian-Triassic Extinction event was known vernacularly as "The Great Dying", or why it took Earth ten million years to regain its complex, permanent ecosystems. The answers I got were that the Siberian flood basalt eruptions, though pretty dramatic, weren't the sole culprit. Ocean anoxism as a result of Panthalassa's relationship to Pangaea seemed also to play a part in delaying the re-oxygenation process:

Its complex structure is driven by the location of the continents. Without continents spread around the world, the ocean circulation would look more like the Pacific ocean, with three separate gyres (probably four if Antarctica was not there, as in the Permian) and much smaller areas of upwelling water:

To put this into perspective, here is planet Earth before 252 million years ago: 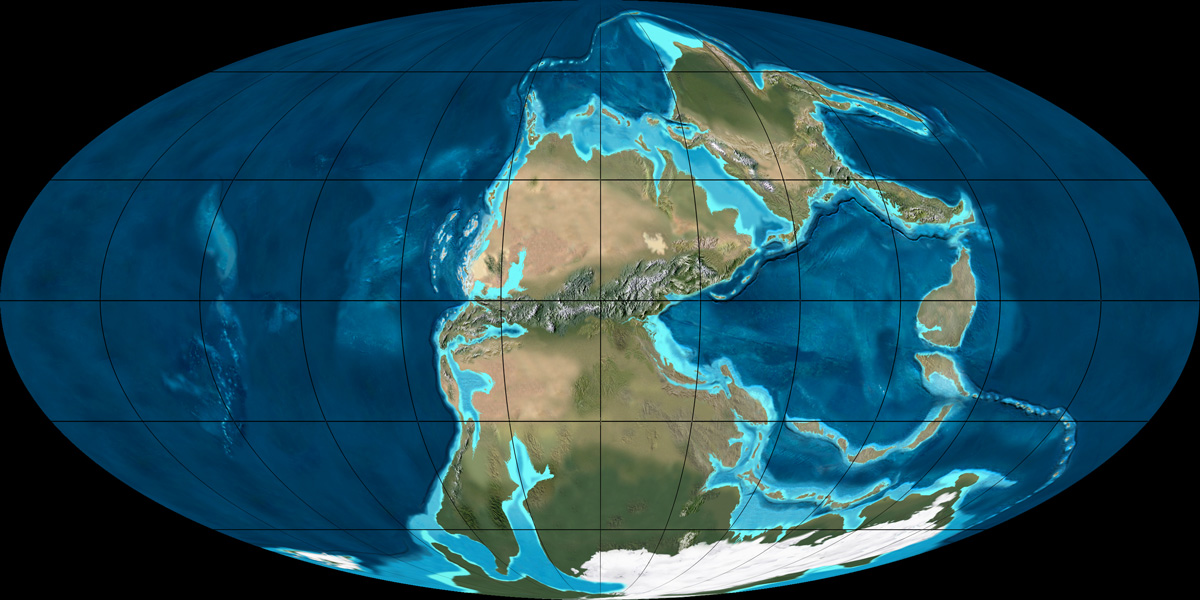 Now, in this scenario:

In an alternate Earth, a repeat of the Siberian eruptions plagued the Earth during the Maastrichtian epoch, 66 million years ago. Here is Earth at that time: 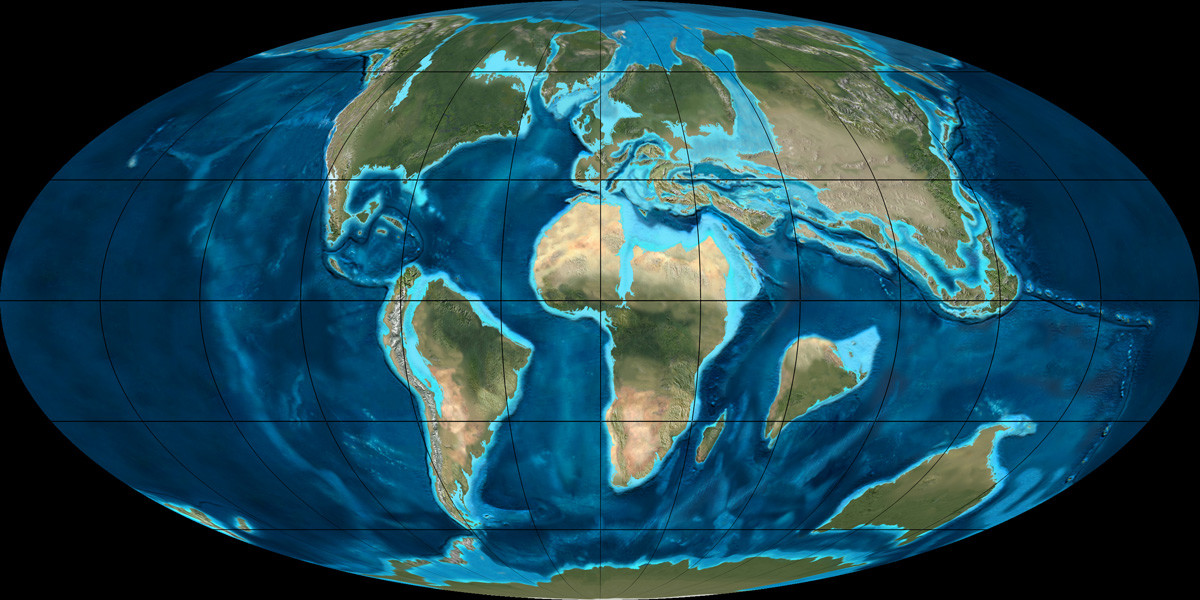 In this alternate scenario, instead of lava oozing off India or a comet slamming into Mexico, it is flood basalt eruptions covering an area of seven million square miles of Siberia (and maybe bits of Mongolia and China, as well) and a volume of one to four million cubic miles. Taking the quote above into consideration, would a Mesozoic-Cenozoic "Great Dying" still destroy 70% of all terrestrial and 95% of all marine species, and would biotic recovery still take ten million years?

Browse other questions tagged reality-check evolution alternate-history extinction or ask your own question.

1
Possibilities For A Floral Adaptive Radiation
3
Russia's Alternate Geological History
2
The Bamboo Rainforest
13
An Inverse Great Dying
5
Would a More Extreme Icing of Antarctica Create an Extinction Event?
3
Can I use an active flood basalt province as a “biome” without messing my world up?
2
Could an Ice Age Extinction Wipe Out All Marsupials?