A creature afraid of the light

One example of this is the universal fear of the dark. We cannot sense what is there, and so we try to either avoid dark spaces, or light them up. That brings me to this:

What if the opposite were true for a different species?
Picture a creature that has developed acute infrared vision. It's nocturnal, and nighttime is still somewhat dark for it, but that's OK - it knows that's there. During the daytime on its homeworld, its senses are flooded. It's the opposite of not seeing anything - this creature is afraid of the vast whiteness, instead of blackness. It's afraid of the light.

A) Is this feasible for an intelligent race? Is there something I'm not considering in this scenario, is there some characteristic of evolution that would present this from happening, etc?

B) Bonus: If such a creature could exist and evolve intelligence, how would it "see" in the light? We can shine light into darkness, but if the concern is sensory overload, what would help them cope?

Edit: Chose Youstay Igo's answer because, while all answers addressed the problem, Youstay had the least specific conditions required with an equal solution. Instead of changing the planet, etc he changed the explanation, allowing more creativity when building a world.

First, let me tell you that there are species on Earth which prefer to be active in the night time because daytime is not suitable for their eyesight. Certain snakes are a good example of this. (source)

How this works, is simple. These species have pupils which don't narrow down much, always allowing too much light into the eye. While this is quite useful at seeing things in the low light of night time, it makes daytime too bright for them, nearly blinding.

So the scenario is not outworldly and definitely not impossible. The main question is: why would a species, during the course of evolution, develop eyes which are suitable for the night time and not daytime? I am not certain about it, but I think eyes evolve faster than brain size and patterns. (For example, ophthalmosaurus had really large eyes for its size and no other ichtyosaur had eyes of that size)

What you have to justify (in case you do feel like justifying) in your world is the reason and purpose of eyes adapted for night vision, instead of daytime vision.

Creatures which live on planets orbiting red dwarf stars might develop in such a fashion, particularly if they have evolved to live in the twilight zone between the hot and cold poles on a tidally locked world. They would not have a day/night cycle as we understand it, but would avoid moving towards the Hot pole, where the sun is always at the zenith and flooding the world with the maximum amount of light they would receive.

If the world is not tidally locked, it might have a fractional rotation period like Mercury, so there will be a prolonged day/night cycle, and there would be an advantage to avoiding the "noon time sun" (particularly of the red dwarf is emitting flares and drenching the day side with radiation).

Assessing if a creature seeing in infrared could become intelligent is much harder to assess. Infrared "eyes" may not be able to see in as fine detail as visible radiation (greater diffraction, for example), so tool use and developing fine tools and mechanisms will be much more difficult. 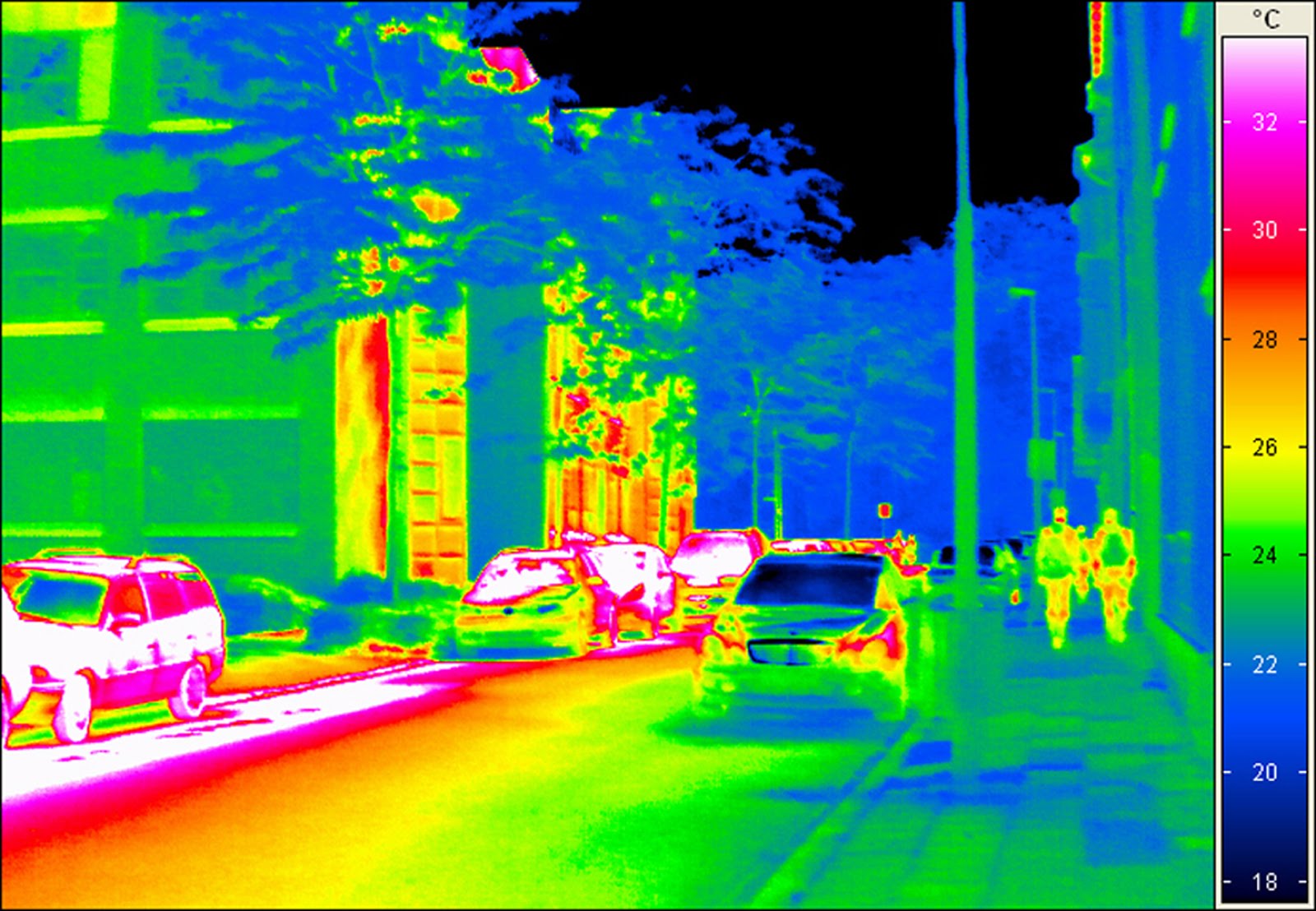 Being restricted to a relatively limited range of environments due to radiation or needing to exist only in the temperate "twilight" zone may not provide enough challenges to drive the need to evolve intelligence. The Ancestors moved from a tropical environment in Africa and radiated into Ice Age Europe, the Asian Steppes, crossed mountains and oceans and into every environment on Earth, so in that case a wide general purpose intelligence would be more of an asset.

Evolution is survival of the fittest. Or rather, death of the least fit. I know, that's a simplification,but it'll work here.

If for half of the time it's somewhat dark for your creature, and for the other half creature is blind, then it is less fitted than we are. The trend would be towards us rather than them. If there is no competition between races, then units last flooded during the day would win, and probably changing eyes is faster than developing intelligence. Probably, because we know only one species we are sure to be intelligent - us, and that's no sample for statistics.

I'd say no, natural evolution is not feasible for species you describe,unless it happens in environment without daylight. Of course, this environment must be big and stimulating enough. No such thing on Earth, but maybe in another planet?

Not the answer you're looking for? Browse other questions tagged reality-check evolution xenobiology psychology or ask your own question.

22
Evolution of a creature that uses light as a weapon
9
Would a black population whiten over generations because of living underground?
57
Why is this creature afraid of water but not of body or plant fluids?
4
My generation ship aliens: Nocturnal and Diurnal plausible in same species?
17
Why would a fire dragon still be afraid of torches?
8
Realism of this Respawning Creature
6
How can my Tayan creature excrete waste, whilst buried underground?
4
How would organisms adapt to survive darkness beasts? [expansion to my old question]