Can the Great Wall Be Greater?

Undoubtedly, the Great Wall is China's greatest landmark, stretching 13,171 miles in length, 26 feet at the tallest and 20 feet at the thickest.

In this scenario, there is a Great Wall of its own right, but it is circular, consisting of granite and marble bricks, 100 feet tall, 100 thick and protecting an area the size of modern Beijing. 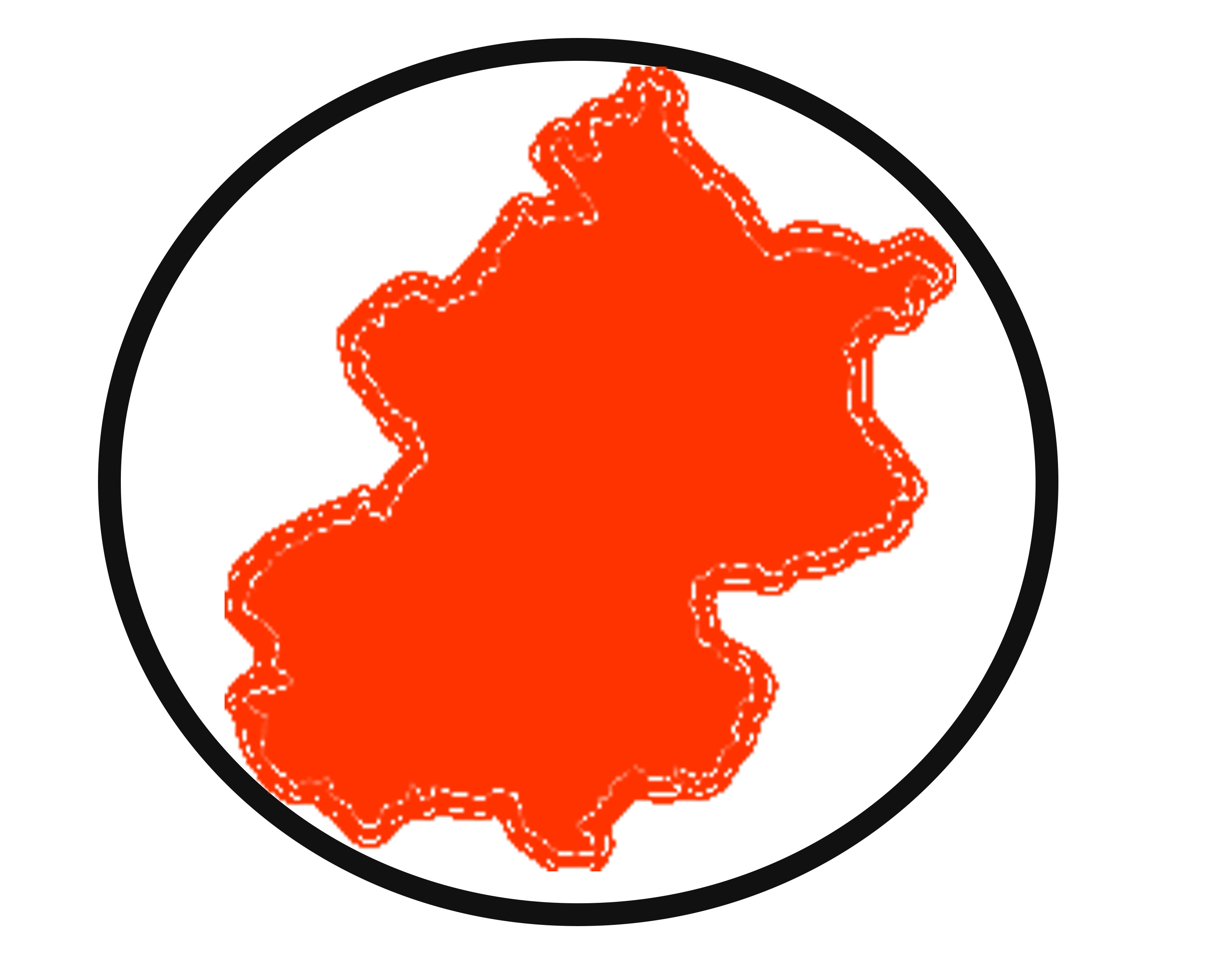 This sort of size and building material isn't strictly defensive, but also symbolic of this particular culture's sense of superiority.

In any point in history, from the fourth millennium BCE to the 15th century CE, would this kind of construction be realistic?

Compared to the Great Wall, this is easy.

That is about 0.4% of the volume of the Great Wall of China. This quantity works.

Composition shouldn't be a problem either - areas such as Xiamen City have an abundance of both granite and marble, so even if you aren't in one of these locations, you have a ton of places to import from. This should not be expensive, and if it is, it'll be a very small fraction of the cost of the Great Wall we see today.

If this is for symbolism and not defense, it'll work just fine.
In defensive situations, I'm sure a 100 foot tall, 100 foot thick wall will help too.

The second-longest defensive wall in the world, the Great Wall of Gorgan, is about 120 miles long and 25 feet wide; the height is unknown. Unlike the previous walls, this one was built from bricks.

From an engineering standpoint, building such a wall is no problem: plenty of ancient structures, such as the majority of the Pyramids, were at least as tall or as wide. The problem is economic: if neither Rome nor Byzantium were able to build a wall as large as the one you want, it's unlikely that your culture could amass the resources to do it either.

walls have been around since before the egyptians, as long as they can produce the food to feed the workers it's not a big deal, most cities had walls around them after all. 100ft tall might be an issue, it means it has to be made of quarried stone block and not bricks, (brick will literally explode under that weight) more importantly the lower half will have to be block all the way through to support the weight unlike most walls which were earth filled. That drastically increases the price. It will also means they will have to mine several mountains flat to get enough stone. It will also take several generation at a minimum. Building it not the problem, the country not going completely broke in the process is. To be clear your wall would probably cost MORE than the great wall of china, especially if you want it all built all at once, the great wall was dozens of separate walls built at different times.

The tallest castle walls were only about 45 ft tall, and they only cover a very small area. For comparison the Pingyao city walls here are about 30 ft tall and about 3 and half miles long. it's made of earth and brick. Your biggest issue is there is no real reason to make a wall that high, so you might want to halve your height and thickness, especially if you want the country to survive building it. 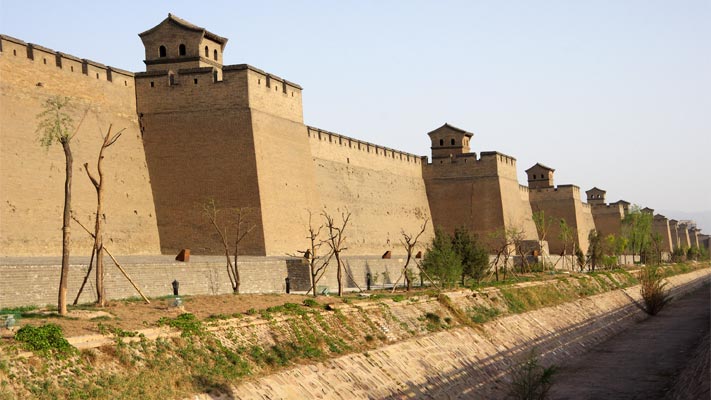 The other answers have addressed the feasibly of building the wall, which is within the reach of an empire that has the will to do it. You can even scale it back significantly, particularly the thickness, and still have a daunting barrier for a 15th century army.

But what happens once it's built?

If it's purely symbolic, great! Done. But if it's for defensive purposes, a wall alone does not make you safe. If unmanned it is merely a speed bump for an attacking army.

An attacking army need not go over or even through the wall, but they can go under it. Undermining is a military siege tactic of digging a tunnel under a wall. Rather than using the very narrow tunnel to bring troops in, it's used to make a gap in the wall. Prior to explosives, typically a void is dug under the wall and then the tunnel is collapsed by removing or burning the supports. In later times the tunnel would be packed with explosives. This would require far less explosives than trying to blow through the wall from the outside as it collapses the foundation causing a section of the wall to fall into the resulting hole.

Such a large and circular wall, its location picked for its shape and not to match the terrain, would be vulnerable to easy undermining at many locations: rivers, swamps, sandy areas. In some cases water would naturally undermine the wall providing easy access and even eventual natural collapse.

An undefended wall is a useless wall. The wall will have to be manned. In times of peace by lookouts. In times of war by significant forces able to repel an attack and prevent undermining.

If we assume a radius of 45 miles, your wall could have a circumference of about 283 miles. To put this in perspective, Hadrian's Wall, which was more of a border checkpoint than a defensive position, runs 73 miles. It had a gate with a milecastle and two turrets every mile, and a larger fort every 5 miles. The milecastles were garrisoned by static troops while the forts provided a mobile reserve of 500 to 1000 troops to respond to emergencies in the milecastles.

Your wall is 4 times longer. If we assume the same peacetime manpower as Hadrian's Wall your wall needs...

Mobile troops would need horses, supplies, laborers, blacksmiths, supplies, and so on. The milecastles could be manned by local conscripts, and probably a few professional soldiers to keep them in line. The conscripts would live nearby to reduce supply problems.

Hadrian's Wall was worth the effort because its 73 mile length protected the whole of Roman England from attack from the north. Your wall protects a single city. Maintaining an army of 72,000 professional soldiers, a very significant army in the period, in peacetime to defend one city gets very expensive.

Because your fortification is so much more significant than Hadrian's Wall, you could probably reduce your manpower requirements and still have a viable defense, but it will still require a quite significant standing army simply to defend it. Otherwise it's a speed bump.

Not the answer you're looking for? Browse other questions tagged reality-check construction or ask your own question.

7
Sci-fi Instant Wall Foam
3
Culturally Correct Wall design
2
A Dam That Looks Like A Brick Wall…Because It Really Is
4
The Curtain Wall in the 19th Century
0
The Rocky Mountains, Great Lakes Earth
5
Dam wall failure: How to stop a Domino effect?
35
How long does it take to build a medieval city wall?
18
How quickly could a country build a tall concrete wall around a city?