Ancient Greece have access to cheap, durable and easy to process material, how far can they advance?

Let us consider a human civilization on the level of Plato's Ancient Greece or quite close. They have metal tools and weapons, horse and bull powered chariots, ships with sails and paddles, democratic societies, and philosophers start to use Scientific method in understanding reality. Probably they are little more advanced. Btw, Ancient Greece is little more advanced than we usually think: 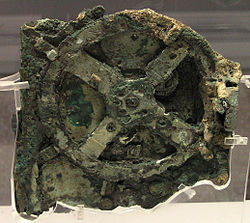 And, one day they found a mysterious micro-organism, called Godly Yeast. If you put spores of this micro-organism into bath with water, food waste, and animal bones and stones rich in alkaline-earth metals (Ca, and so on), in few hours they will dissolve bones and produce some sort of plastic material. This material is like soft clay in first few hours on air. You can form it as you like. Than it is dried and is strong as soft wood - you can easily carve it with metal or bronze knife. On the next day it is as hard as steel. And it has density similar to bones. When water is dried, the Godly Yeast produce spores, that can be gathered and used once more.

In real live corals can produce quite strong material, but this Godly Yeast is much more effective.

So, with very little effort you can build solid tools and machinery details with durability and quality of, for example, 19th century industrial developed country like Great Britain. And, building them is really cheap - usually bones of domestic animals are thrown away, and there is a lot of stones rich in Ca on ground surface.

If you add rusty metal into this bath with bones and Godly Yeast, it will produce conductive material.

Also Godly Yeast can be used in fuel cells to produce electricity.

So, the question is:

Can they pass industrialization age? They can produce tools and details required without heavy machinery and hard labour, so there is more spare time for everybody, and he/she can spend it for education.

PS: consider this civilization is situated on remote islands (say, Atlantis) - there is some trade with other world, but military invasion is really hard to perform, and all this civilization neighbours are on neolithic society levels with low population. The remote islands surface is similar to the Greece. There is few major cities. The number of inhabitants is like in Ancient Greece.

PPS: civilization neighbours are much less advanced, because they have survived famine from few natural disasters, which greatly reduced population, and so, the society level. And they do not pose any thread to civilization which uses Godly Yeast.

UPD: Godly Yeast is considered to be the Gift of Gods - it's origin is mysterious (probably it is bio-engineered organism from wrecked spaceship of highly advanced civilization), but it do not prevent this civilization to widely use it.

The material you have introduced in your question is simply a cheap, easily malleable and lightweight form of steel. There is no premise of any advancement in technological knowledge, but only the availability of this material. This realization would be helpful in drawing conclusions about what can and cannot be done with it and what possible advantages it might bring to the Greeks.

Technological progress of any society is dependent more upon knowledge than wealth or exotic materials. The Greeks of Plato's times did not have any understanding of electric current, magnetism and neither did they know about Newtonian principles of force and movement. Furthermore, internal combustion engines were also unknown. This means that it was impossible for them to build electric motors or any advance machinery. The super-steel you have introduced in your question would be only used to make durable, lightweight and highly precise instruments of their own technological proficiency, and nothing more.

I am afraid that the new material would be used only for making arrowheads, sword blades, lance tips and other military weapons of their times. Soon it would be realized that it is also an excellent substitute for bricks when making long lasting bridges. Castle walls and watchtowers would also employ this lightweight material for making a virtually indestructible structure.

The material would not fuel a sudden burst in scientific knowledge because the realization of truths about electricity, magnetism and mechanics does is not boosted by the material you have introduced. In realistic world history, we did not have this material, but the long and painstaking research in the right direction helped scientists understand the world around them.

Another thing which would have hindered their progress is their population. Our current scientific knowledge has not come from a single civilization. The contributions have come from all around the world. Babylonians, Egyptians, Arabs, Chinese, Indians, Europeans and Americans playing the most vital role. That is to say: the more population there is, the more unique ideas you will get due to individual uniqueness. Greeks in Plato's times were hardly more than a couple dozen million people, and amongst them, researchers were rare. This would not have helped them come up with realization of scientific knowledge even with the availability of this super-steel.

The classical world (your "ancient Greece") did actually have access to cheap, durable and easy to process materials, namely wool, flax, hemp, wood, iron and concrete. Using those materials and others they developed a large functional state with a large functional market economy, logic, mathematics, science, engineering, ethics, plastic arts, literature, music, justice and so forth. Then in the 5th century AD the classical world collapsed, mostly due to bad luck bringing on a perfect storm of economic crash, civil strife and barbarian invasions. The spread of oriental superstitions such as Mithraism or Christianism didn't help either. There was actually some hope of restoring (much of) the world in the 6th century, but it was cut short by the plague; the rise of Islam in the 7th century cut off Syria, Egypt and (North) Africa and the classical world died forever.

I'm going to contradict the other answers so far and say that the availability of this material would have made technological advance more rapid. An important aspect of technology is that it is self-reinforcing. New materials and inventions make possible even newer materials and inventions. While materials like bronze and copper were available in the ancient world, they were neither cheap nor plentiful. The existence of a cheap, strong and lightweight materials would had a wide-ranging effects that I think are likely to be significant for development.

For example, the answer by Youstay Igo mentions construction of bridges. In fact, Godly Yeast would allow longer and stronger bridges to be built with less engineering know-how. More bridges would enable greater connectivity in your world, facilitating trade and transfer of knowledge. Application of the Godly Yeast, to wheeled vehicles, ships, water wheels, farming equipment, and shelters would might have similar effects.

Improved economic efficiency owing to greater trade and knowledge transfer would lead to greater surpluses of resources and, thus, more time for the people to take part in pursuits such as mathematics and engineering. Greater communications between philosophers and alchemists would also support more rapid advances in scientific understanding and technology.

While the ability of the Godly Yeast to generate electricity might not be immediately useful, electricity generation might be discovered sooner in your culture owing to the more economic development. The first batteries required an arcane mixture of metals and chemicals, which were not easy to come by in the ancient world. An easy source of electricity would make its use advance more rapidly than in our world. I think your culture would develop the telegraph more rapidly than we did.

Not the answer you're looking for? Browse other questions tagged civilization materials bio-mechanics pre-industrial or ask your own question.

3
How can a jet-propelled horse work?
8
What density can I set for Uium, to be reshaped by moon-mass black/white holes
6
Bones for synthetic life
0
How advanced could a civilization get without electricity and explosives?
14
What early tools might be devised on a planet where diamonds were abundant?
2
How would magic controlled insects go about repairing a magical scarf?
2
Earth evacuated - what advancements would an early civilization gain from what they left behind?
6
Post-apocalyptic aircraft
12
What kind of hazardous alien waste would tear apart society trying to obtain it?