Preparing for Absolute Certainty of a Nuclear War

The Cuban Missile Crisis has just concluded. John F. Kennedy gathers his top experts across fields to discuss the escalating threat of total nuclear annihilation. After two weeks of closed door meetings, the president along with his advisers have come to the same conclusion with absolute certainty. They bring in additional voices--scientists, governors, congressmen, and businessmen--across the United States and further discuss the matter. The conclusion remains unchallenged, and every new voice added to the discussion comes to the same conclusion:

Total nuclear war with the USSR within the next 5-20 years is entirely unavoidable if the United States attempts to maintain its sovereignty as a country.

The government realizes that most is lost, however they can't accept that everything is lost. They need a plan; they need to do something.

In the face of undeniable mutual destruction (to the level that could be accomplished with the weapons of that era), what could the government hope to protect? How would they accomplish this? How long might it take?

Having the ability to get as many people as possible underground is going to be important, but massive earthworks are pretty expensive, so getting ready made holes as starting points would probably help speed things up.

There are a lot of caves that could be used as starting places and then enlarged:

A lot of the places that don't have caves do have mines that could be used. The Salt mine under Detroit, lots of coal mines 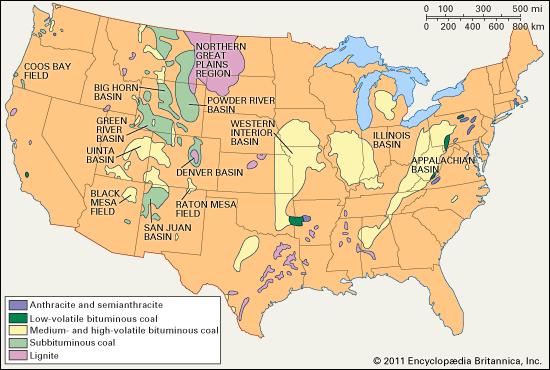 and other mines and excavations.

This will allow you to save most of the money for shelters under the big cities.

For resources you start by taking a percentage of grain and other storable foods and putting them into underground silos, dig greenhouses, and set up areas to raise animals.
Medicine, and the means to make more, should also be put into the shelters, along with as much printed knowledge as you have to help with rebuilding afterward.
Tools and equipment to start reconstruction and farming.

You really only need to last about two weeks. Fallout radiation loses its intensity fairly rapidly. Radioactive fallout poses the greatest threat to people during the first two weeks, by which time it has declined to about 1 percent of its initial radiation level.

A lot of people will die afterward from disease and starvation, but this can be minimized with a little forethought and planning.

The government basically did prepare for this. There were (are?) numerous bunkers with long term occupation in mind built across the country. Rapid evacuation plans for high level government officials. Distributed military and transportation networks so they would be very hard to totally disrupt. Clear chain of command line through hundreds of people. Ultimately, attempt to construct an anti- ballistic missile shield across an entire continent. Marine based rapid first strike capability (ballistic missile subs parked off the Russian coast). We escalated MAD to the point where even the Russians backed down.

If you are asking what MORE the US could have done in order to preserve the USAs cultural legacy post nuclear war, I think rushing lunar and Lagrange point colonization with permanent occupation would be the answer. Perhaps a deep sea colony as well but I think the space facilities would be the most unreachable. If you read some of the space colonization literature from the 60's and 70's, they make it seem like we could have had orbital habitats within just a few years if we were willing to spend the money and lives to do it.

Least Work Required - Go with the needs of the many, not the few.

Disband a Country or Two

You said "Total nuclear war with the USSR within the next 5-20 years is entirely unavoidable if the United States attempts to maintain its sovereignty as a country."

While migrating millions of people underground, or building hundreds of bunkers, which require extremely large stockpiles to last the entire country's population through the fallout, may seem like a good idea, it would require unprecedented planning, precision, and money in a short time.

This is not the traditional approach, and I am ready for the onslaught of downvotes, but consider what would happen if a peace treaty were written, saying something like the following:

The United States recognizes that both ourselves and the USSR cannot maintain sovereignty at once while preserving the lives of our citizens.

Therefore, we seek to resolve this dispute by ending the sovereignty of our nation and demoting those in power while maintaining our judicial and constabulary systems to prevent anarchy.

We will arrange a government that can cooperate with other countries effectively, or divide into smaller democratic countries, and we strongly implore you to do the same. This will maintain the peace.

In the event that, once the New United States (NUS) forms, your country has not done the same, you may expect the current circumstances to resume.

In the event that the USSR disregards this message and initiates full nuclear war, expect the annihilation of your own population by allies to the United States.

We look forward to your decision.

First, one would have to define the "survival" goal. What is supposed to survive? Most of the population? A viable industrial base? A sovereign nation? A distinctive culture?

If the decisionmakers are certain that the Soviets will deliberately (or accidentally) start a war, most of the arguments against a preemptive strike will be gone. Sure, there will be megadeaths. Sure, there will be nuclear winter. But the best way to ride it out is to have your forces start a deliberate, well-rehearsed attack "out of the blue" to catch at least some of the enemy force before it can be launched.

Identify what you need to rebuild an industrial base and put it into distributed shelters. Machine tools. Generators. Refineries. Drill rigs. (Of course the plans will fall short. For want of a nail it will fail.)

Build shelters for the population and equip them to dig themselves out of the rubble and to travel through contaminated zones to a place of safety. The US is large enough, especially in cooperation with Canada and Mexico, that there will be some "less contaminated" areas where people can try to survive. Sure, cancer rates will rise a lot.

If the survivors had the ships to travel to Australia, would the Australians welcome them? And would the result be "USA Reborn" or "Unemployed Refugees Down Under"? The outcome will be better if it was prepared by secret negotiations and if the refugees can bring the contents of Fort Knox, plus machine tools etc.

Of course if the plan got known, Australia might get plastered, too. So talk with South Africa. Argentina. If nothing else, rumors of these talks would force the Soviets to spend nukes on empty desert. Reduces the rad count in Kansas.

In the early 60s, the USSR had only a few intercontinental missiles. Their other missiles and bombers didn't have a truly global reach. Understanding the truth about the "missile gap" might make all three options more palatable. The President and his advisors might even see a limited window of opportunity to do so, and decide to act now to save at least some of America. They might argue "fight now, and when the dust settles 100 million Americans will be left. Fight in five years, and it might be none."

Mao is said to have dismissed megadeaths that way. Don't count the deaths, count who will have more people left. Might have been bluster, might have been cold-blooded calculation.

If USSR is threatening the sovereignty of the US and a nuclear war is inevitable, clearly, Soviet Union is accepting the fact that it would be hit hard by US nuclear strike. This time, you should remember, was the exact time we started to talk about properly implemented MAD (Mutual assured destruction). If the government and experts deduce that the nuclear war is inevitable the only reasonable option is a massive preemptive strike. This would allow the US to destroy as many Soviet nuclear devices as possible.

In 1962 majority of the nuclear attack from both sides would be carried out by bomber operations. The US is speculated to have had a slight edge in air attack and defence back in 1962, so the Presidend's and army's conclusion would probably be to strike immediately.

Striking immediately is profitable as it is better to dictate the place and time of the fight, and destroy Soviet bombers on their fields. War is anyway inevitable. Another reason not to wait is that in 1962 the US, and they have to assume the Soviets too, are developing their submarine based ballistic missiles. The problem of this part of the nuclear triad that you cannot destroy it. Striking now with bombers and ICBMs could possibly destroy all Soviet nuclear devices before the are delivered to the American soil, but in 20 years a reasonable proportion of Soviet warheads will be safely underwater surviving the initial attack only to retaliate.

Not the answer you're looking for? Browse other questions tagged alternate-history post-apocalypse nuclear or ask your own question.

47
Is this alternate history plausible? (Hard Sci-Fi, Realistic History)
4
How many people would survive the nuclear winter after a full-scale nuclear war, and where?
1
Could a nuclear war cause the majority of Earth to be uninhabitable for hundreds or thousands of years?
0
How would the governments of Earth in 1975 react in the months prior to the creation of my fictional military organisation?
17
Could the entire world have been destroyed by the existing nuclear arsenal in 1962?
25
Is it safe to grow and eat food on post-nuclear-war land?
3
If the US launched air strikes against Cuba during the Cuban Missile Crisis, would any Soviet missile sites be able to survive?
0
How would societies change after nuclear war?