How do you beat a star like a drum?

Perhaps they are tinkering with the solar activity, turning stars into Yotta-watt, nano-bit/second beakons. (We would see the pattern eventually, but not before we looked at century-spanning data)

makes me think of astroseismology which is a newly available field of study since new instruments can resolve this for stars beyond our sun. 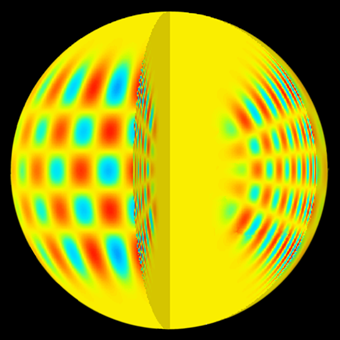 Rather than building huge power-hungry transmitters, how could an advanced civilization induce and modulate vibrations in their star that could be observed at interstellar distances but are the most miserly in energy consumption to cause?

This sounds like a cool idea at first, but if you want a hard science answer: This is nonsense.

Let me explain:
Pulsations in stars beat around the frequencies of minutes in a narrow allowed band of also a few minutes. You can see this on the Wikipedia page on Helioseismology: 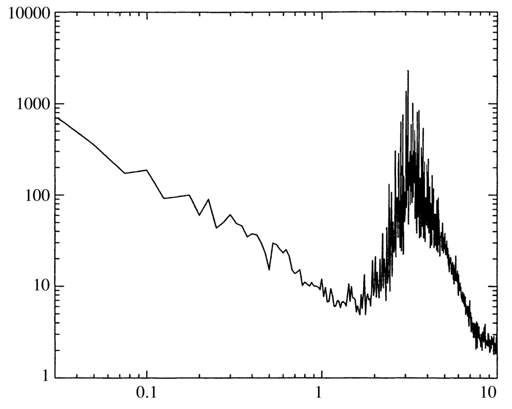 Where the x-axis is frequency in mHz and the y-axis the amplitude of each frequency. The proper stellar oscillations are thus the right peak in power, while the left flank is stellar noise that will always be there, independent of the quality of your observations.

As the underlining text of the above image on wikipedia explains, this spectrum has been taken by the GOLF satellite "between 19 February and 25 March 1996". The duration of those observations is no coincidence. One has to continuously stare at the star for such a long time to get a spectrum of this quality, in order to get one such plot. A signal then is a sequence of such plots, with individual frequencies varying in power.
This already shows it is impractical to transmit a signal by this means, as any piece of information encoding has to have several bits that can be coded by on/off of a single frequency in one of those diagrams (which take a month to obtain).
It is even more impractical as this one month per plot is only achievable under optimal observation conditions, like we have them here near our star. To achieve the most recent results about asteroseismology of red giant stars, the Kepler telescope had to use all its 3 years of observational data, to get even really crappy low-resolution spectrae. And having some futuristic hypergigantic-telescope won't change this.

2. Why not use a higher frequency then, or a carrier signal?

Well, because there's a reason stars oscillate only around those frequencies. Simply put, all other internal frequencies are damped out. So whatever means you imagine to excite them, you need to keep this energy going for years up to tens of thousands of years to only say 'Hello!', all the time fighting against the whole star damping out your wave.
And I'm way too lazy to do the math now, but this all means that you will be WAY more energy efficient building your 'power-hungry' conventional energy transmitters, than to use a star.

I'm not sure I understand the last bit of your sentence "that could be observed at interstellar distances but are the most miserly in energy consumption to cause?"
Do you mean in your question you don't care about how much energy this would take? Because in any case using any other means of communication would be more efficient.

3. If you still want this Now we're leaving the hard science and entering the world of hand-wavium usage.

First idea: Black hole magic
Bring a pair of black holes that rotate around each other into the vicinity of the star in question. In rotating around each other, they'll emit gravitational waves. If the black hole masses are chosen properly, they'll emit on a frequency that you want to communicate at and which couples into the star by creating density variations. Their quadrupolar nature will facilitate detection, as it couples to exactly one frequency in the star.
Then use the magical gravity shield that both your communicating species have of course developped, to switch this bending off over a course of some centuries, to send two or three bits.

Second idea: A convective layer
A convective layer on the surface of the star will weaken the detected oscillation amplitudes. Thus by switching on and off the surface convective layer, we can try to send a signal, without the need of injecting energy-expensive p-modes into the whole stellar volume.
There I see again two options to control the convective layer:
Stars with slightly lower mass than the sun (let's say $0.7-0.9 M_{\odot}$ don't have convective layers on the surface. However we can switch one on by cooling the stellar surface. How to achieve this? Maybe use a whole ringworld's worth of thermodynamic pumping or something.
Also we can control the existence of a convective layer by manipulating around the molecular weight of this layer. Inject large quantities of handwavium to change the mean molecular weight of a layer to change the energy transport behaviour into or away from convection. This gives you a greater parameter space in mass that you can use.

Third idea: Magnets
Depending on how desperately you want to cling to the analogy of the drum, you also can use magnets I guess. Just build big a ass magnetic ring around your star, use infinite energiezzz and contract and relax the star at your will. This works because the stellar plasma couples naturally to magnetic fields.
Oh, also the required field strengths must be ginormous compared to the actual surface magnetic field of the sun of a few G, as your signal will lie in $\sim \partial B/\partial t$. So also use handwavium to build a ring that can withstand its own magnetic field strengths.

So yeah, depends on what you want. The convection layer idea is more grounded in hard science, but you'll have a hard time explaining why the temperature drop or the change in mean molecular weight on the surface of the sun is not detectable otherwise, which would also be easier to use and in more arbitrary frequencies.

Since you want to induce vibrations in the star, the so called "huff and puff" method of star lifting which periodically "squeezes" and "releases" the star using an orbiting magnetic field generator. Rather than using the device in a regular pulsating cycle to pump plasma out of the stellar poles, the pulsations are done in a sequence which imparts information on the regular vibration patterns already existing in the star. 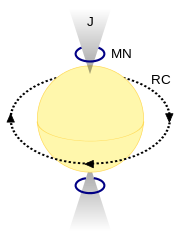 Given the vast size of a star, the pattern of vibrations will be incredibly slow, and modulating the "squeeze and release" cycle of the star lifting mechanism will most likely have to take place over a period of years even to attempt to imprint information using binary code.

The other issue would be since the astroseismology signals are not obvious, even to a civilization like ours, how do you use this to signal people who are not looking for it? This seems to be a means to send information to your own colonies, rather than to send information to the Universe like the Library of Alexandria for all viewers.

... each muon can only catalyze at most a few hundred deuterium tritium nuclear fusion reactions

Maybe Inject streams of Muon's in to Sun, it will spedup burning probably for any thermonuclear reaction, and for p-process it may be more efficient as proton have only 1e charge.

This way a Star will be amplifier for your signal, and by focusing beams you may create any distribution of energy and modulate it over time as you wish. Penetration will be maybe up to the star core.

So muon beams get you possibility to use less and get more and have any distribution in outer layers of the star.

Find a neutron star, turn it into an x-ray pulsar

First off, no one is going to cause vibrations detectable at light years distance to their own star. Assuming they want their home planet (circling said star) to be habitable, they aren't going to put their planet through a freeze/fry cycle.

X-ray pulsars release the potential energy of accreted gasses falling to the surface of the (neutron) star giving a continuous x-ray release. As long as the neutron star is spinning with its magnetic axis (where the gas falls) tilted with respect to its spin axis, then anyone looking at the start will see the cyclic appearance and disappearance of of the x-ray beams.

To make this happen, you want to modulate the spin of the pulsar to what you desire. You can do this by accreting mass to the neutron star, which can either increase or reduce angular momentum. The best candidate for accretion mass for modulating and powering your pulsar would be another star, but I suppose a Jupiter or Super-Jupiter would work, just not for as long of a time.

Not the answer you're looking for? Browse other questions tagged science-based communication stars or ask your own question.

8
How could a civilization trigger star formation?
18
How can I safely brighten my secondary star?
8
How much does my secondary star heat the planet orbiting my primary star?
11
Earth-like planet orbiting neutron star?
10
Behavior of neutron star material outside of neutron star
6
How to destroy a star system?
8
Distance between star systems
8
Can you make a star from other gases, and how long would they last?
5
Can you prevent a star from dying with infinite energy?
10
How to mine a star?