How will creator discipline the created?

My hero is a synthetic biologist of an ancient race that achieved spaceflight billions years ago. His bio ship could achieve high fraction of speed of light, and he could repair or modify his body or simply put it into hibernation so long travels doesn't worry him. For billions of years he wandered through the galaxy exploring, seeding, creating or modifying countless lifeforms on countless planets.

He visits a planet that he seeded long time ago, and finds that his creation evolved into intelligent beings that recently achieved spaceflight. Unfortunately their queen has a superiority complex and orders her minions to kill him.

How to gently teach her a lesson using biological or chemical means?

I want him to demonstrate that though they are many and he's alone numbers don't mean anything when he could easily beat them if he wants. I was thinking of using some kind of virus/bacteria, entomopathogenic fungi, airborne poison or maybe some irritant.

Creator doesn't have any interest of being worshipped by the created, nor any use for them or their resources. He was just interested to see how his work developed and get to know them. Soon he will be gone toward another planet that might be able to harbor life.

If the queen is something like Starcraft's Queen of the Blades and sends her minions to kill you, what is the best way to show her who's the boss?

Inspired by Tezra DrWho answer I believe that some kind of non violent solution would serve the plot the best.

Maybe Tyrion dealing with Daenerys when he's in very bad situation could give few hints.

But if violence is really needed my answer stands. 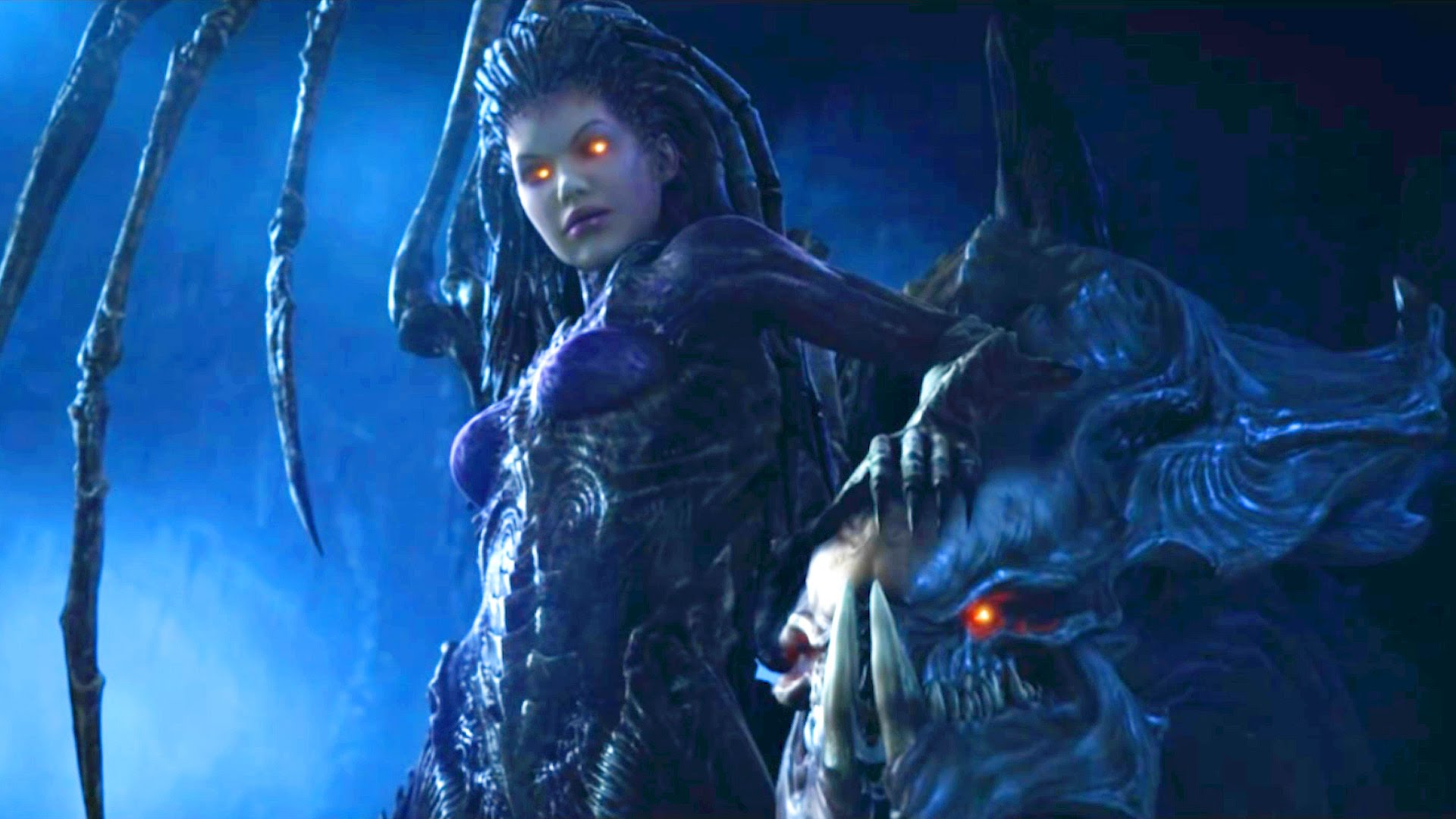 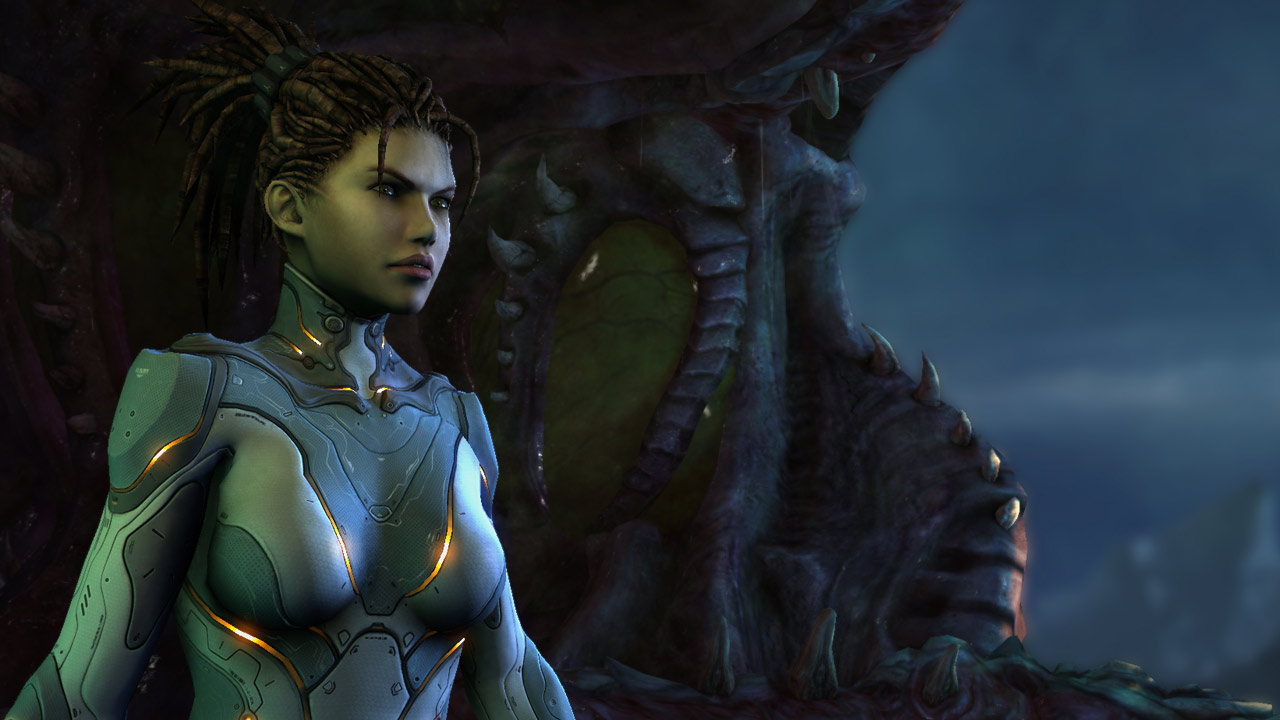 There are several ways to handle this.

My favorite would be the "Dr. Who" way. Being hyper-intelligent and a billion lifetimes wise, sometimes you just need to say the right few words to the right person to make someones empire fall. If you make the threat, whisper something to someone, and then your threat comes through, this is easily the scariest way. No one will believe it till you do it, but once you do, no one will want to be on your bad side!

My second favorite is the "Vash the Stampede" way. Use a toy of a weapon they know (and fear), and just demonstrate that killing them all would be a piece of cake for you (or just run away screaming and eating donuts until everyone gives up. both work)

Then there is the "My stick is bigger" way. You don't need to kill anyone. Just vaporize a planet (like Pluto. Solve your problem AND a debate at the same time). Or just alter the conditions of their planet (raise the temperature a degree or two) to make life uncomfortable enough that they don't want to pursue you anymore. (The first pushes the 'gentile' envelope, but the later will probably just make them angrier once you undo it)

Of course, the hard part is that you don't want to make the hero TOO powerful, or else it's hard to get invested that they are in any danger (unless you want that for a more comedic story). So the first one I listed is the best way to make your character scary to upset while not making them just god-incarnate... (actually, go watch Dr. Who. I think they handle this kind of thing VERY well. Would be educational. Disclaimer though, Dr. Who will justify every phobia you know plus some if you buy into its universe.)

Perhaps he encoded some kind of emergency backdoor into their DNA - a set of instructions or commands they would obey on an instinctive level? Just as humans find the noise of nails on a chalkboard inherently unpleasant, because it reminds us of our ape ancestors' warning cries, his voice could be inherently obeyed.

He could also have built into them an instinctive delight at the taste/smell of some food or spice that he has available, or perhaps even his own personal pheromones. When any of them come anywhere near him, they feel such delight and ecstasy that they forget what they were trying to do to him.

A tailored virus is certainly an option, especially one that has an unusual and evident effect - perhaps it turns the skin of anyone infected blue, or something - and he could then use that to say "Look, I infected you with something harmless; if I wished, everyone with blue skin would be dead right now".

How about using your nanomachines to make them feel so tired they can't attack your super-biologist?

"I will turn every plant and creature against you until you apologize."

Previously domesticated species become rabid. Edible food can only be eaten in small quantities or become poisonous -- keeping them all on a starvation diet. Insects find the people's smell particularly delightful. All flowers grow thorns.

"I shall seal beauty away from you." Virus affects cones of eyes, making everyone see only shades of gray, no color. Mites in their ears interfere with sound. What plants they can eat are tasteless.

He could create a synthetic prion (ill-folded protein) virus to infect her with. They tend to be slow acting and induce other proteins to misfold. Using some of her DNA he could tailor one to affect a specific protein of hers, thereby having very little effect on any others. Depending on the protein targeted, and the system affected, the result could be almost anything you want. Fatal Familial Insomnia is a genetic disease (speculated to be a prion virus) that basically causes you to stop entering REM cycle during sleep. Most sufferers die within six months. Prion virus typically affect one, and only protein. Since you gently wanted to punish this individual, you could use an engineered prion virus to make her unable to digest her favorite food(s), causing gastro-intestinal discomfort, and maybe some diarrhea. A set of prions could be designed to eliminate her ability to feel or taste.

Granted, in real life, we have no way to treat prion viruses other than killing off massive amounts of cells and hoping that all of the prions are dead at the end of it. But that should only be a small hoop for such a protagonist, provided that he hasn't already jumped it.

Genetic code seems like a easy answer, but it is in my opinion far reached for the hero to modify seeds so that they react to him.

The hero could instead be seen as a Prophet, bring new discoveries to the people he created, or solve their conflicts thanks to his digital library. He would probably take his inspiration from prophets in religion he knew of - but that also depends of the culture of the people he's trying to reason.

Or rather convince. He may learn to play on the people's affects and emotions, in a bad or a good way. He may also not show himself at all and play God, as the technology gap would be huge.

Arthur C. Clarke once said, "Any sufficiently advanced technology is indistinguishable from magic."

There are exactly three ways this can play out, regardless of method used.

Neither are good options. Being a deity is hard work, and being a demon just sucks. What he needs is a third option:

How? He knows how their bodies work, so he could easily create some sort of gas that would quickly incapacitate them - that is, make them fall asleep. All he needs to do is disperse the sleep-cloud around the queen's shelter, causing everyone there to fall asleep. Then, he needs to give the queen the antidote; with no followers, she will be powerless. Quietly and kindly, he should explain that she made a very big mistake, and that the sleeping guards might have instead been killed, and it would be her fault. Finally, give her the antidote, but make sure she knows the antidote is tied directly to her DNA. Unless she personally delivers it, it will have no effect. Then, leave her to personally awaken every last guard that was put to sleep - however, the antidote takes an hour or two before it starts working, she she receives no help from her guards at all.

This has the effect of allowing him time to speak (by knocking out the guards), showing his power (by selectively knocking out guards and not the queen), and humbling the queen (by making her do the dirty work of waking everyone up).

Finally, leave a message asking them to check certain chemical markers in their own DNA; hopefully, he had enough foresight to leave "[name] was here" spelled out in their genes...

15
What metal or compounds will make blood silver?
5
Tree volcano? (A “treecano”, if you will)
1
How Could an Alien or Superhero Increase and Decrease Their Hearing at Will?
10
How will birds be different on a <1g world?
7
how can a developing organism affect the DNA of its host?
3
How to design a species that matches the following critera
9
Ability to harden skin at will