How does a Flat Earth world work? [closed]

Imagine a flat earth but with a gravity well at the center. Would its gravity be the same like ours?

It would work better if the gravity well was some distance below the plane - I'd say at least the same distance from it as the width of the plane itself.

The surface would eventually conform until there is no gradient along the surface. In other words, the shape of the world would change until gravity was everywhere perpendicular to the surface. This might be violated for relatively small structures like hills or mountain ranges, but across the world, it would be a clear effect. So if the center of gravitation is not very far away, the surface would not remain flat.

The strength of a gravity field depends directly upon how much mass is adjacent to the observer. Observe, for example this map of our Earth's gravity field by NASA: 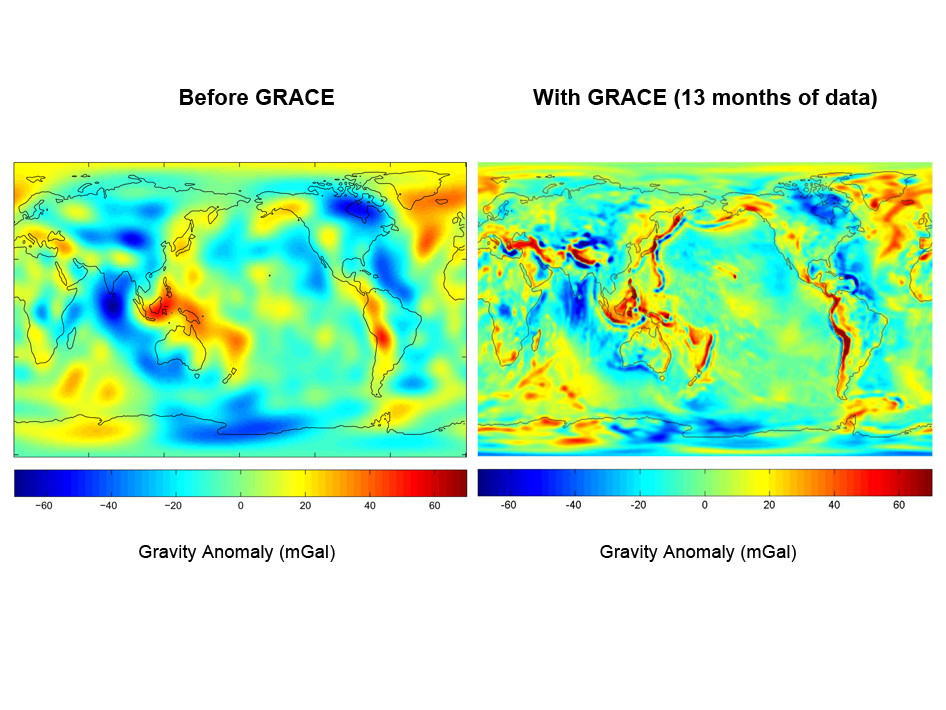 Thus a flat and/or disk shaped world would in fact produce normal gravity, IF the mass was relatively evenly distributed across it's surface, and was fairly uniform in thickness. However, towards the edges, and near mountains or oceans, it would get a little weird.

Using a "gravity well" of some shape would also affect things, if you weren't relying simply upon the sheer mass of the flat earth to produce the gravity.

Not the answer you're looking for? Browse other questions tagged earth gravity or ask your own question.

23
How would a civilization that has been living on a “cube” Earth differ from one on a “spherical” Earth?

32
Gravity on a Minecraftian world?
15
Does Earth Have What It Takes to Have Rings?
8
How could the air be stopped from falling off of a flat world?
16
How does gravity affect evolution of life?
4
Does the interior surface of a Dyson Sphere exert gravity?
3
How does having 3 moons change a planet?
7
How large can differences in gravity be without being overly dangerous to humans?