There are three different species of pine collectively called "bristlecones", all of whom can grow in weather too harsh and soil too poor for any other tree to take root. They are renowned for their adaptation against overly harsh environments. As such, they grow very slowly--some are currently 5,000 years old, making them the oldest extant organisms. 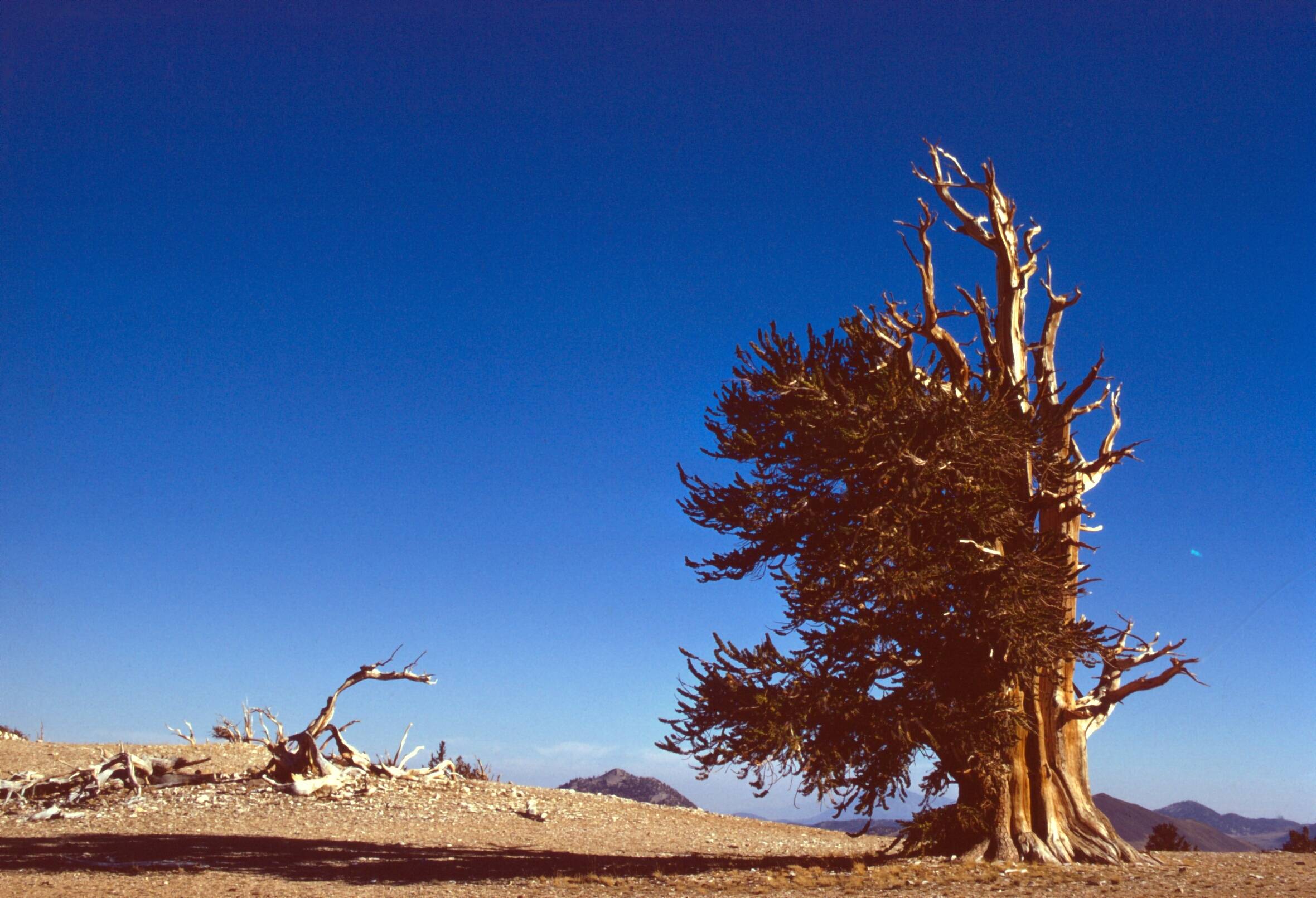 The most famous of the three is the Great Basin Bristlecone. It grows in the highlands of Utah, Nevada and eastern California. 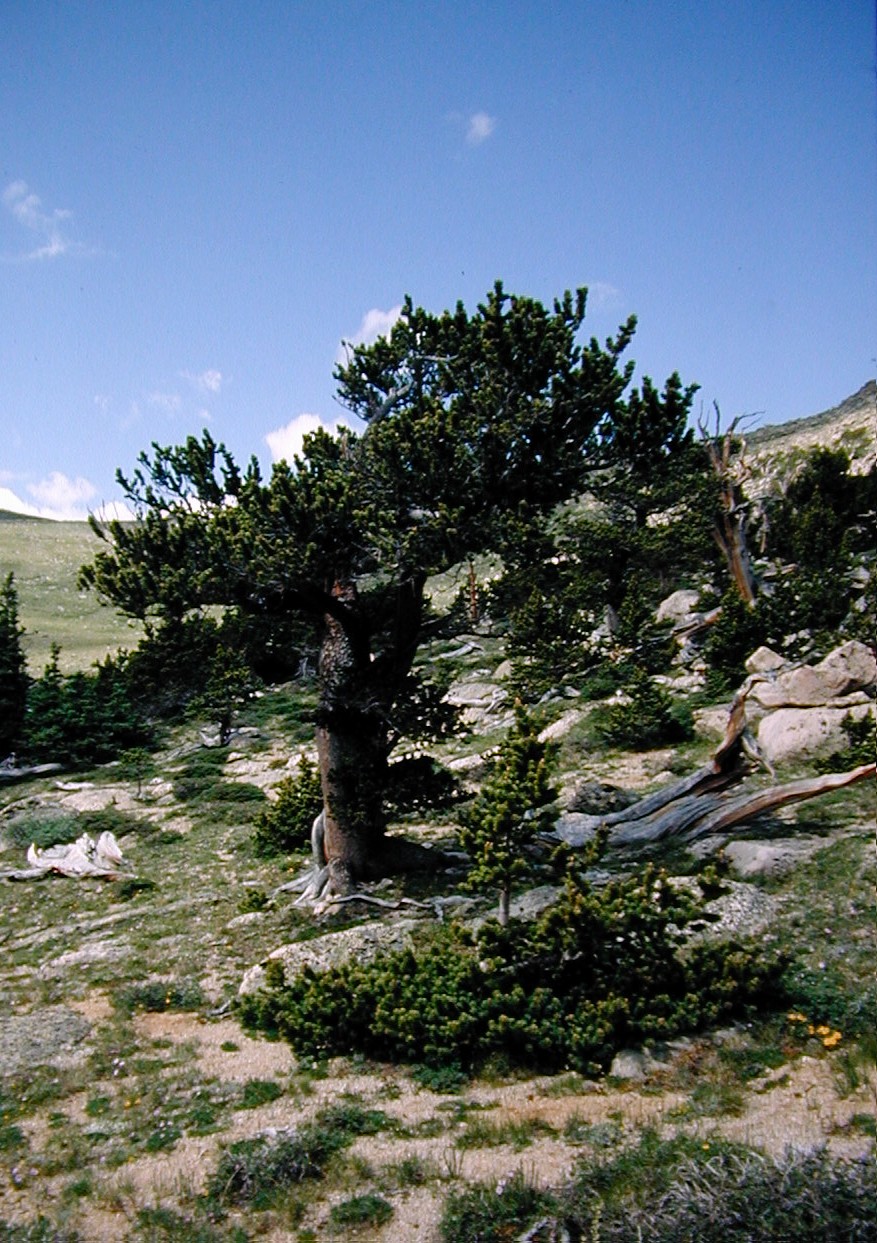 The Rocky Mountains Bristlecone, true to its name, grows in the Rocky highlands of Colorado, New Mexico and Arizona. It is the only one of the three species to form a closed canopy, creating the traditional definition of "forest". 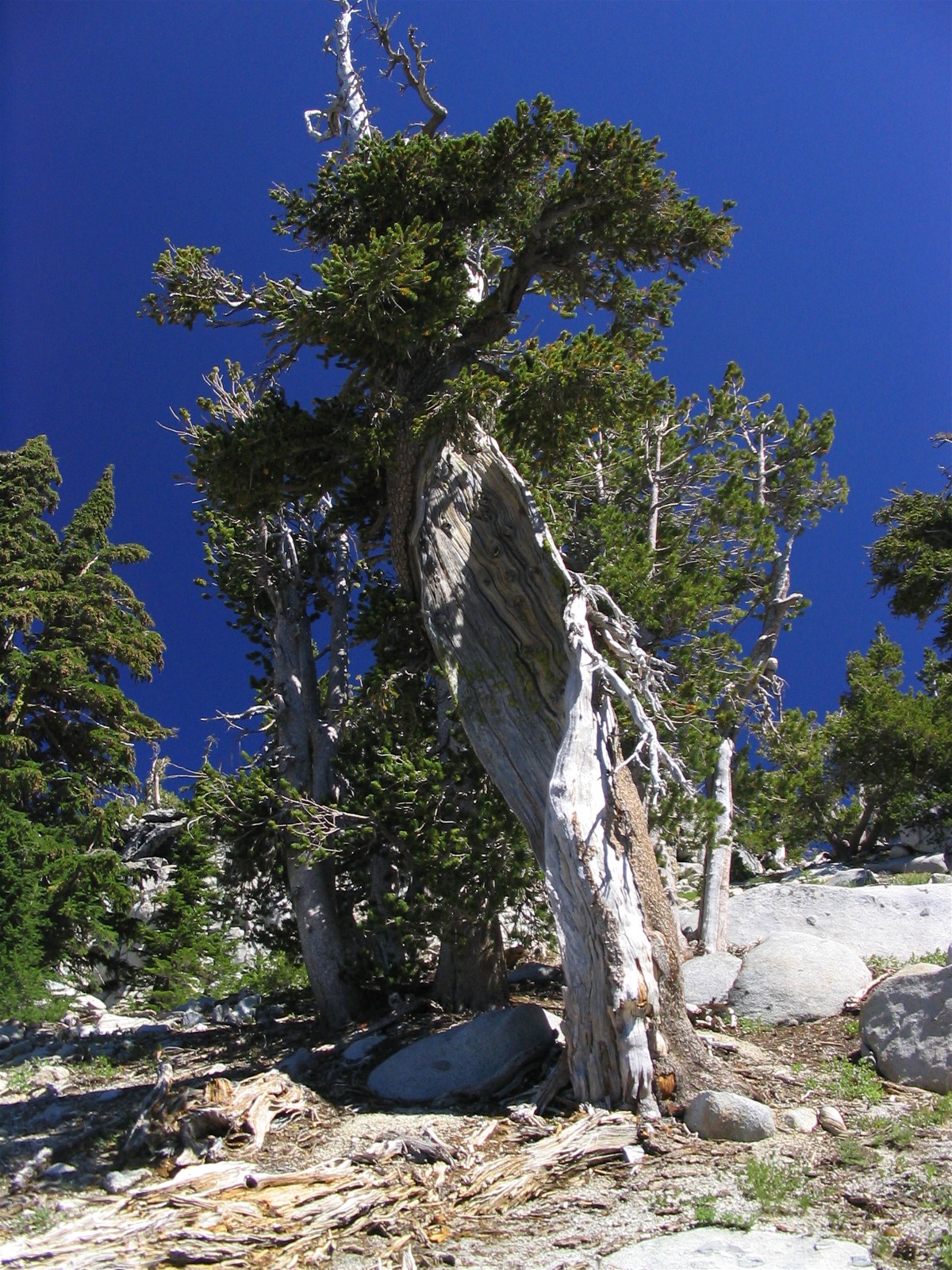 The Foxtail Pine, indigenous to the Klamath and Sierra Nevada mountains, creates the densest groves of the three species.

The Bristlecone's adaptability to severe alpine hardships is surprising when you consider that trees are absent in the most extreme alpine habitat in the world: 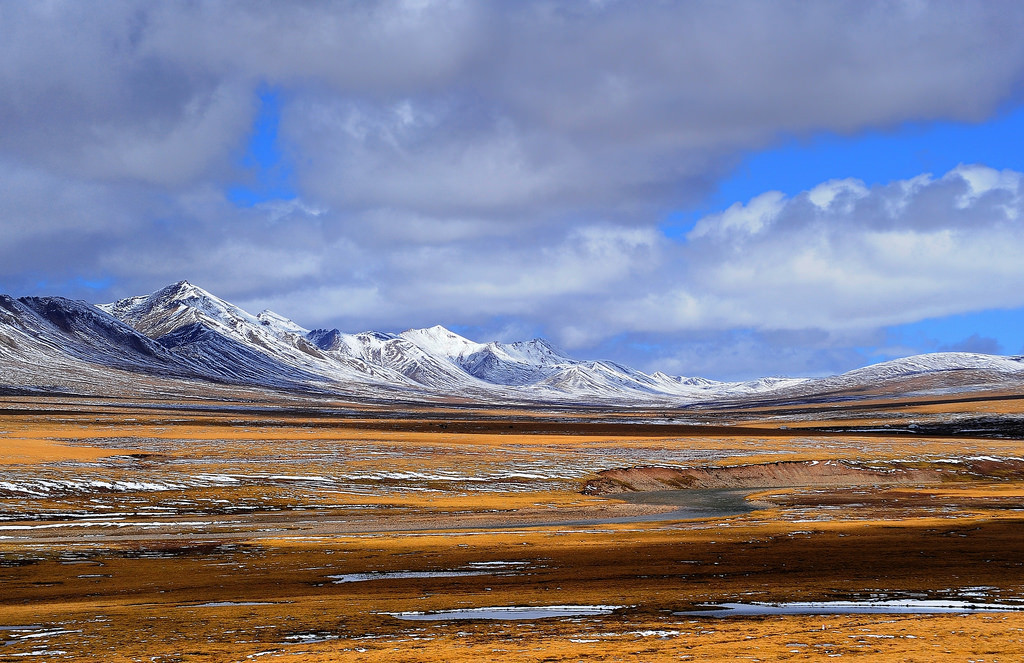 The cold, windswept grasslands of Tibet. Despite the vast height differences between the Tibetan Plateau and the mountains of western North America, the environmental hardships are similar. So, should a chance in evolutionary history arise, could a species of bristlecone, or any other species of slow-growing, long-living coniferous tree, take root on Tibet?

No, the altitude difference being the key here. The Tibetan plateau is the highest (and also largest) plateau in the world, apparently sometimes called the "roof of the world" or even the "Third Pole". The conditions are incredibly extreme, far more extreme than the high deserts of western North America. With an average altitude of 4,500 metres (14,800 ft) this is a good 10,000 ft above the average altitude of the North American high deserts. This inhospitable land is the third least hospitable place in the world after Antarctica and northern Greenland.

The biome that best describes the Tibetan Plateau is "Alpine Tundra":

Tundra is the coldest of all the biomes. Tundra comes from the Finnish word tunturi, meaning treeless plain. http://www.ucmp.berkeley.edu/exhibits/biomes/tundra.php

The primary differences between "Arctic Tundra" and "Alpine Tundra" (other than the obvious, one being in the arctic circle) are that Alpine Tundra is at high altitude, and Alpine Tundra has better soil drainage.

There is rigorous scientific research and debate into the effects of climate change/global warming on the Tibetan Plateau. The changes being witnessed or some other shift in the current patterns, may extend the 180 days of "growing season" the plateau experiences, or remove the permafrost long enough for a tree to sprout. But at that point you're talking about changing the terrain to be more hospitable.

As for whether a bristlecone could ever evolve to live in such conditions, I feel that is impossible to give a definitive answer to. But given the millennia of evolution our planet has already undertaken and as of yet failed to successfully develop a bristlecone in the Tibetan alpine tundra, it seems unlikely that it would suddenly begin to do so.

If you do succeed, it seems there is (perhaps was) a reward for successfully planting trees in tibet.

The above article also details a government offical who had successfully planted a few hundred trees that survived at least three years, but he was planting native species of Tibetan Juniper, Qinghai spruce, and Tibetan poplars "which have a better chance of surviving the harsh conditions".

Dwarf Willow (Salix herbacea) is one of the smallest "woody" plants, making it a tree. It doesn't grow above 6cm (2.5") off the ground and inhabits multiple areas of the arctic as well as moutainous terrains. This is probably the only form of tree that could survive the wind, cold and long winters of the Tibetan Plateau.

Lastly, from personal experience, I've been over 14,000 ft and there's definitely no trees there.

Not the answer you're looking for? Browse other questions tagged environment flora or ask your own question.

4
The Mystery of the Missing Ginkgoes
2
The Bamboo Rainforest
7
Could Bamboos Evolve Into Trees In the Past?
3
What fruits and vegetable could people grow in the year 6,000 year BC?
18
Could ancient seeds buried deep in subsoil sprout given the right conditions?
3
Could a new species wipe out the rest of an established ecosystem?
6
What would the flora and fauna be like on a planet with the most competition? The most violent planet
4
Without powered greenhouses or trade, what's the coldest possible climate for a sustainable nation?