Currently, US and Japan have created Mechs of their own. Mechs are giant robots, which would have bipedal to quadropedal, to tracks as legs, and would consist of a head, body, and arms as parts to be qualified as a mech. They may carry as much ammunition and as much armament as they could assuming they could carry it. The weapons would be what we have right now, or in the near future.

My question is, how can they be an advantage when in war?

Right now we got tanks, aircraft, artillery and infantry which are pretty much capable of doing what a mech could do. A good answer would include the advantages of having a mech plus cost efficiency (if there would be any) and if any, adaptation to all of the environment which we have (forests, deserts, etc) and any weather (rain, snow, etc)

Added Info: If possible, please also indicate how a mech has the advantage against our current war machines(tanks, aircraft, etc)

Last added info: The mech's armor would be the armor here in our current age.

The Disadvantages of Mechs in Modern Warfare Outnumber the Advantages

Yeah, I know this is exactly the opposite of what you want, but hear me out.

Mechs in Modern Warfare DO Have a Few Advantages

In conclusion, mechs have a few advantages in modern warfare -- but they are far outweighed by the disadvantages.

I apologize for the coherence and/or validity of claims made in this post. It is 3:51 AM.

There seems to be a great deal of confusion in the answers.

Robotic vehicles and devices with multiple legs would be useful in niche roles. You could imagine a robotic spider capable of climbing walls, for example. Larger robotic vehicles to support troop movement, act as squad level porters and even weapons platforms may or may not have legs. Boston Robotics has been developing walking machines for the role, like "Big Dog", but other vendors have robotized 6X6 ATV chassis to do the same thing. 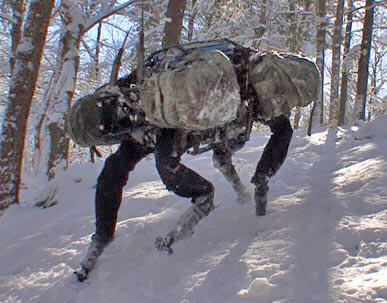 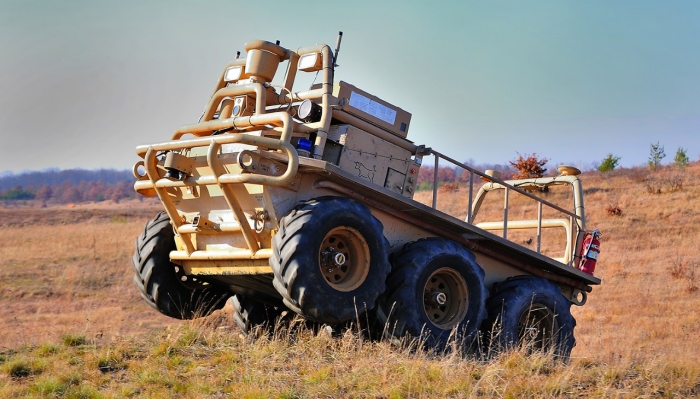 Looking at the pictures, you can see the wheeled robot would be faster, is certainly cheaper and less complex, and this particular model is probably amphibious. The Big Dog, not so much

Legged vehicles have one advantage over wheels and tracks, in that they can clear a greater vertical "step hight". Driving your car into a curb or the low concrete barricades in parking lots demonstrates the issue, Armoured fighting vehicles have much better suspensions, larger wheels or tracks and a greater power to weight ratio and even then only clear about a one metre vertical "step" 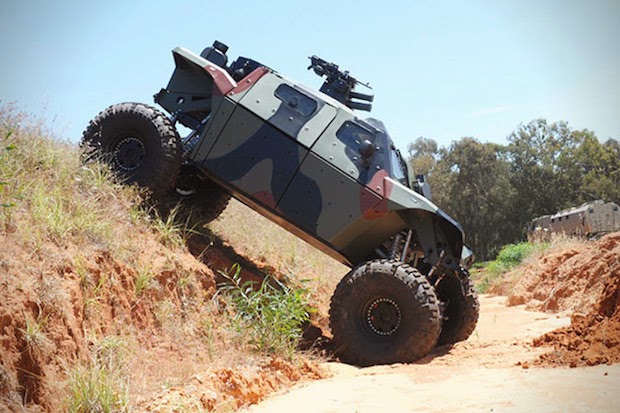 The Israeli "Combat Guard" can clear more than a metre step because it has 52" wheels. I don't want to be the guy changing the tire, though

Mecha, as generally described, are manned fighting vehicles which are substitutes for AFV's, self propelled artillery etc. Although different authors have different ideas about this, the general model tends to much greater than human size, and generally carrying a massive weapons loadout.

At these scales, the objections of weight, ground pressure and mechanical complexity are very valid, and I would see something like this falling under a hail of artillery, guided missile, air attack and cannon fire delivered by tanks. At much smaller sizes, a Mecha might have an advantage over conventional AFV's due to the ability to overcome vertical obstacles (the 1 metre "step hight"). If the ground is excessively broken and presents an obstacle to conventional wheeled or tracked vehicles, then a walking machine will have the ability to carry more supplies and munitions than a dismounted infantry soldier.

You would have to question why at that point no one is flying in by helicopter or using fast air to suppress. Coalition forces in Afghanistan worked in extremely mountainous terrain in the Sha-i-kot region in the early part of the campaign, and generally were ferried in by helicopter, and supported by helicopter gunships, fast air and carried mortars and machine-guns for their organic fire support. Marginal Terrain Vehicles like the BV-206 and militarized ATV's were used as well to provide local mobility. 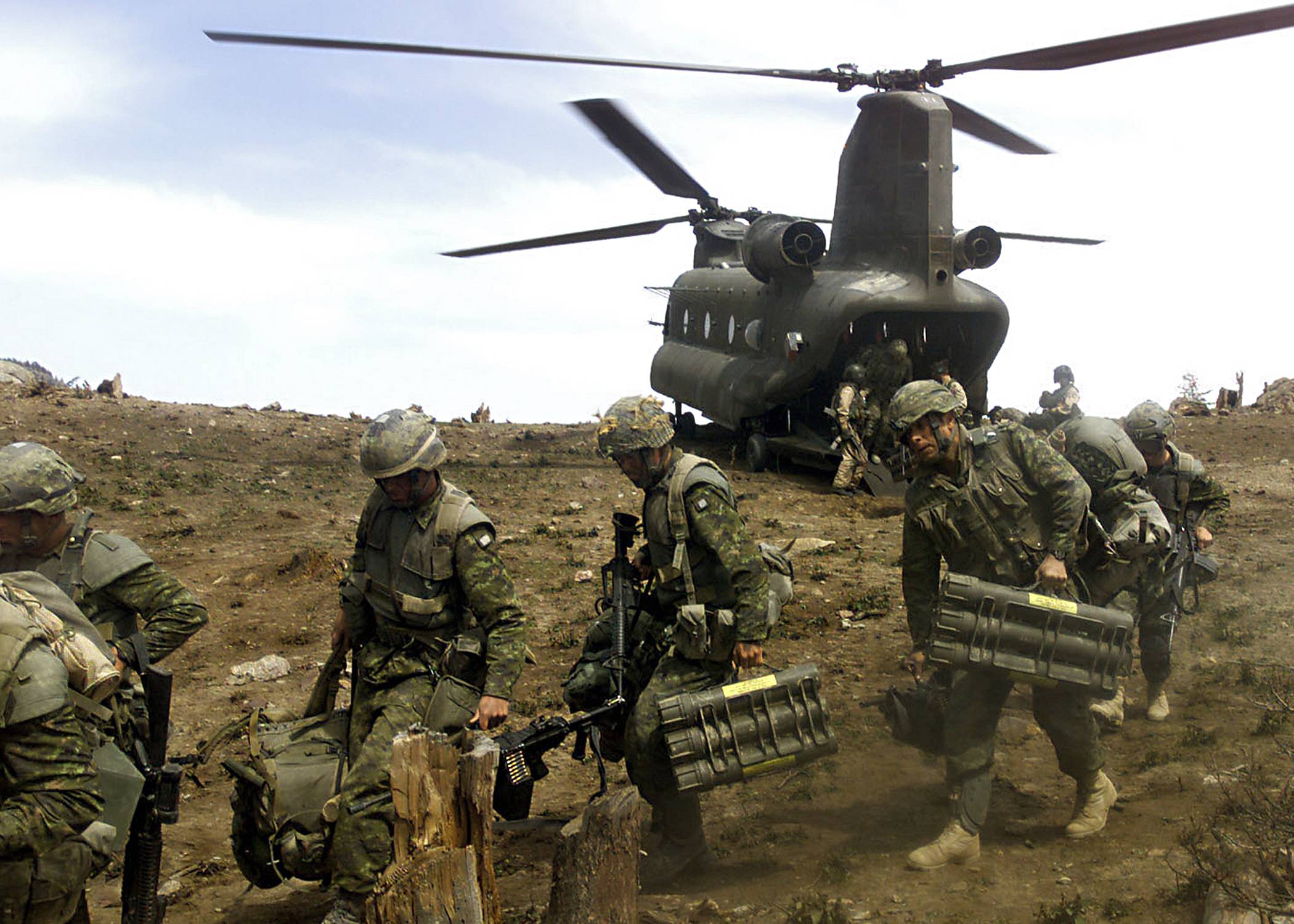 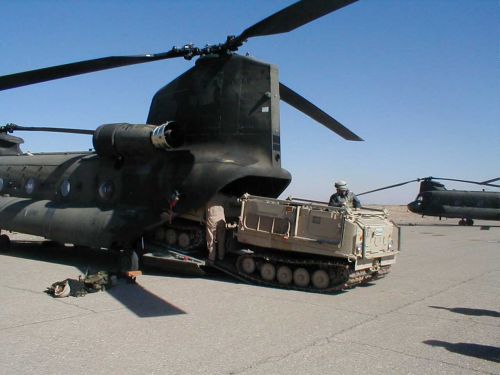 This is a list of advantages mechs might have in some situations. Note that Mechs cannot do the job of tanks/planes/ships nor replace them. They are a new form of vehicles designed for a new form of warfare.

This is all coming from an undergraduate in Physics and Computer Sciences, thus I am not an engineer, nor Napoleon, take this only as my grain of salt.

TL;DR: Since Mechs have the same degree of liberty as a Human, it can do everything a human does, but at orders of magnitudes faster, thanks to Artificial Intelligence. A tank does not need and would not benefit from recent advances in machine learning since it only requires two variables: foward-backwards movement, aiming and shooting. A mech can do 'everything'. Which is why most armies in the world are fervently developing this technology.

From the Military Point of View

From the Engineering Point of View

To conclude, an intelligent commander would use all the best characteristics of mechs to create an automated, multi-purpose robotic swarm that is able to cheaply and quickly overwhelm the enemy. It is quite frightening indeed.

Of course, big mechs are inherently slow and bulky, smaller mechs would be the way to go.

Now you might think, if this is so GREAT, why hasn't any army developed mechs already? Good question. The reason is that programming bipedal motion is hard... (EXTREMELY hard) (As a computer science student I can attest to that) It took millions of years to evolve bipedal motion, and even for children, it takes 3 years to properly learn how to walk. Armies are pouring tons of money into developing quadrupedal motion. Why not bipedal? Because if the robot cannot even walk with four legs, forget even thinking about walking on only two legs.

So while two-legged mechs are cool in theory, they are really hard to make. However, you should anticipate quadrupedal mechs coming in the next decade or so.

To give you an idea of what it would look like: 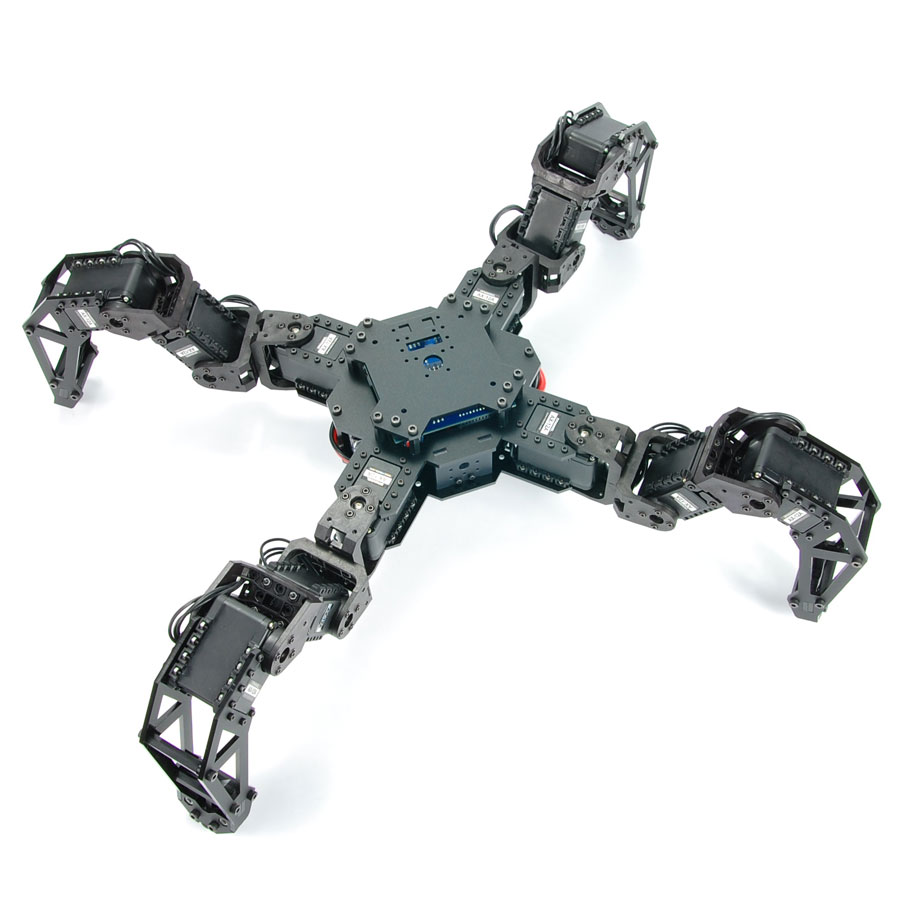 Not the answer you're looking for? Browse other questions tagged reality-check military tactics or ask your own question.

18
Tactical Advantages to Dragons with Riders
7
Is this reptilian race realistic?
3
Banksian warfare
20
Fighting a dragon with modern military units (or Smaug vs. a MEU)
5
The viability of scientific necromancers in modern warfare
10
What would a modern soldier trained and equipped to operate in burning forests look like?
4
Feasibility of “in situ” ammunition production and salvage