Could a long skyscraper be used to limit amount of pollution coming from industrial district?

On the picture there is a building that slightly inspired me and convinced me that building like this indeed could be built in RL. 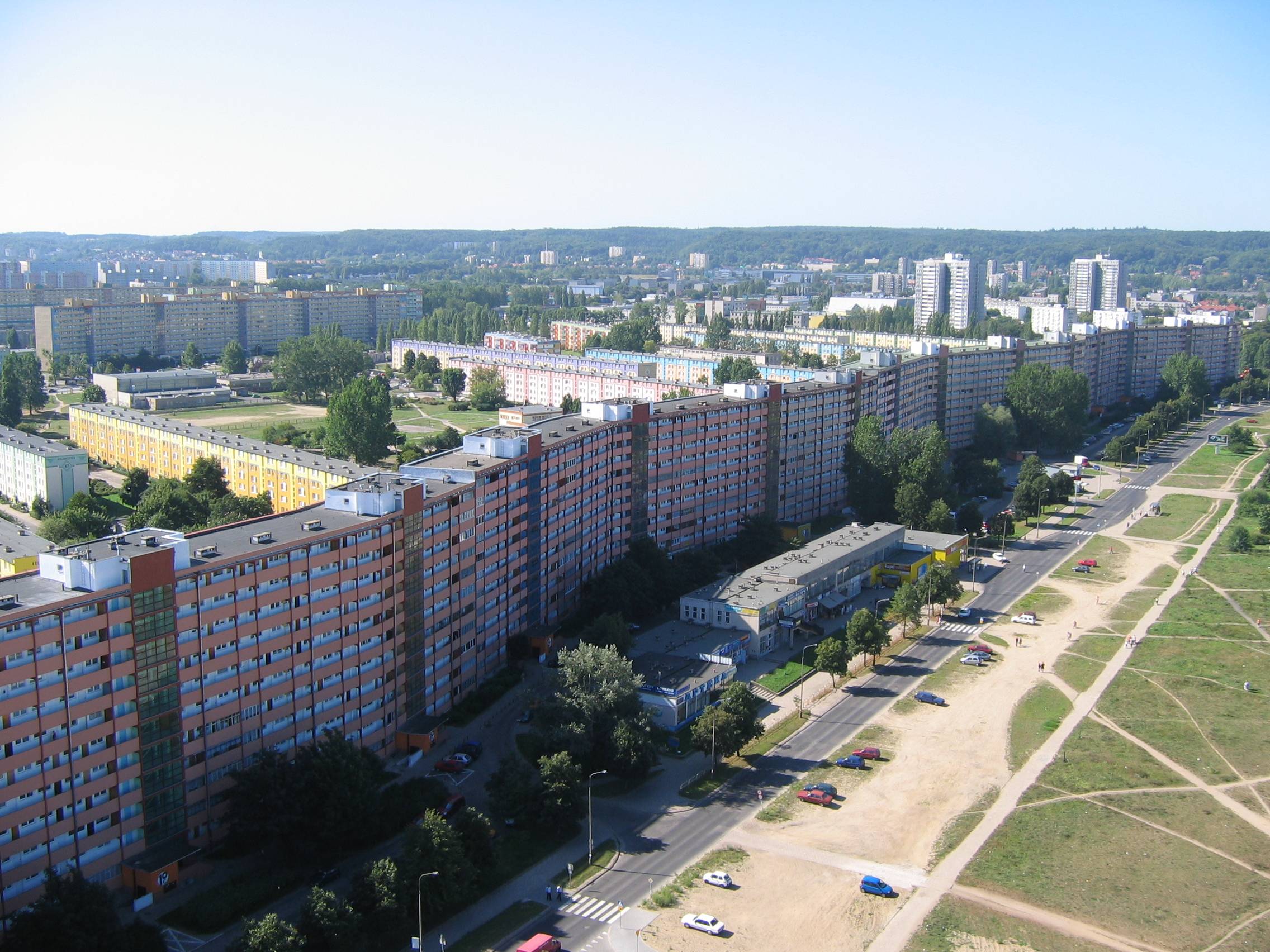 However I have the following question. Could a building like this (but a few sizes bigger, the one on the photo is barely 860m long ;) ) be used to separate industrial district and housing district of a well planed city and stop at least part of pollution? A city where the industrial district is located downwind? Or would such wall actually slow down blowing the pollution away and it would be counterproductive from the perspective of local population?

EDIT: I do not ask about the costs, let's assume that local population would want some high rise residential buildings anyway and in practice its mostly matter of extra cost related to have such building built in specific shape. The question concentrates only on feasibility of using such building to reduce amount of pollution in the housing district from industrial district.

The effect on air pollution would probably be minimal, since particulates suspended in the air will spread out, up and down, and around your long building.

The other major form of pollution in the classic sense would be water pollution. In that case, the building wouldn't do much good at preventing pollutants from getting into the water supply and Flint-ing all your school age children.

Noise pollution, on the other hand, will be effectively stopped. And the visual 'pollution' too. No one wants to live near an industrial complex, but if you can't see or hear it, it might as well not be there.

So while the building won't do much to prevent the bad health effects of pollution, it will do plenty of avoid the bad real estate value effects of noise pollution and unsightly-ness. On the other hand, giant residential complexes in bad parts of town are sort of notorious for crime, so that might remove any real estate appreciation.

Technically yes, but many aspects should be considered.

Basically every city needs air circulation, so fresh oxygen currently mass-produced by earth flora will need to take place of used air by city living population. In an alternative present/future I can imagine that would be replaced in an industrial way, like imported oxygen tanks combined with air filtering network.

So if you block the way of air, it will just stand still (only the top layer will be pushed a bit by wind currents), and if the zone can not produce enough fresh air, it will become serious problem for those who live or try to exist in the industrial zone without life support gear. So your question "...would such wall actually slow down blowing the pollution away and it would be counterproductive from the perspective of local population?" is correct, and the answer is yes.

Using a downwind featured site is not really managing the problem, but literally pushing away on other (not only human) living zones. I have real life example, but I have no academic proof for it, so wouldn't like to share it here.

Not the answer you're looking for? Browse other questions tagged reality-check cities near-future architecture engineering or ask your own question.

16
Where to place industry in a megastructure?
9
Designing cities inside a hollowed-out asteroids
2
Mine easily turned into underground nuclear shelter / city
3
How to design a sort of semi-innocuous penal district?
9
How closely should be placed industrial centre / NIMBY from urban centre?
20
Valuable minerals near dormant volcanoes
18
How quickly could a country build a tall concrete wall around a city?