Farming after the apocalypse: chickens or giant cockroaches?

So let's say you live in a terrifying post-apocalyptic world. For whatever reason, this world is now infested with cockroaches the size of chickens (similar to radroaches from the Fallout games, but ignore the radiation).

My question, then, is would it be better for a chicken farmer to keep on raising chickens, or switch to roach farming?

Assume the roaches are the same mass as the chickens, but otherwise very similar to ordinary cockroaches. Also assume that the chickens and the roaches would be fed the same food. What I want to know is which one would be most cost-efficient for calories per dollar of feed?

If it's implausible to consider such large cockroaches, you could alternately answer based on a collection of cockroaches adding up to the same mass.

Cockroach Farming is the future!

They feed the roaches wheat shavings and vegetables for four months. Then they're boiled, dried and some are crushed to put into pill form, which is much easier to stomach.

Cockroaches are omnivorous scavengers and will consume any organic food source available to them. Although they prefer sweets, meats and starches, they are also known to consume other items such as hair, books and decaying matter. Cockroaches eat what is available to them: cockroaches that inhabit sewers feed on sewage, while species living on dead trees consume decaying wood. When left with no water, cockroaches can live days to a week. When given water but deprived of food, some cockroaches can survive for months at a time.

But can we eat these?

Insects have a fat body. It’s a versatile organ, a sort of combination of adipose tissue (the blubber that humans have) and liver. Its principal roles are:

So we get Fat and Calcium from these things in large amount, let's look deeper into the milk

The cockroach in question is the only type of roach known to give birth to live young, the Hissing Cockroach, which is also the largest insect, and it produces a sort of milk to feed its babies. The study's researchers, of the Institute of Stem Cell Biology and Regenerative Medicine in India, discovered a protein crystals in this stuff that actually contains more energy than the same amount of cow's milk.

"The crystals are like a complete food — they have proteins, fats, and sugars," one of the study's main authors, Sanchari Banerjee, told the Times of India. "They can be a fantastic protein supplement," added Subramanian Ramaswamy, the leader of the project. Since undernourishment and hunger still plague much of the world, developing a more calorie- and nutrient-dense alternative to milk could be a major improvement to many people's diets.

So we got information on the milk, but what amount their bodies

"It sounds weird, but insects can definitely be good for you because they're a good source of protein and they're low in calories," says Keri Gans author of The Small Change Diet Healthier.

And there is your answer, chicken meat is more efficient than cockroach meat which is better than eggs. Their milk is much more beneficial than cows milk, so due to their size when compared to an combination of cows and chickens as well as their adaptable diet I'd say Cockroaches are the fututre! 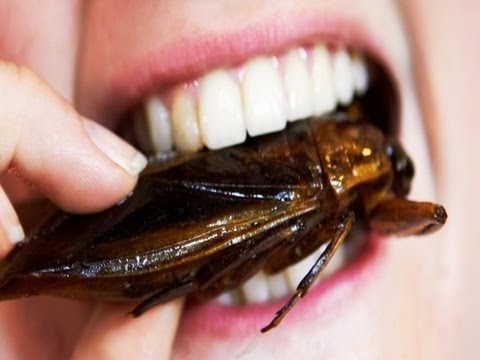 Really. My answer will be subjective, because I "reenacted" postapo trader in a postapo world few times. So I have some experience.

As perfectly explained by another answer I've already upvoted. Both are also relatively easy to farm.

And both are tasty. They really are, once you give it a try!

There is no food worse than boring food

If you live for few days on scrambled eggs and chicken meat, deep fried roach is some very welcome diversity. If you try to eat dried nutrients, you start to crave something normal. If you work for 12-16h / day, you need protein. And so on.

If bird flu kills all your chicken, you have roaches. And vice versa. Much less risk of losing it all.

Cannibalism is not healthy for your animals. But by feeding chicken leftovers (fresh!) to roaches, and roaches to chickens, you increase your risk only marginally, and save quite a lot of organic matter.

Insects in general are more efficient as a source of protein than most animals, but generally we don't eat insects because of cultural bias. As well, given the large size disparities, catching and eating insects during the Ancestor's hunter gatherer stage was a losing proposition (for the most part, it takes more energy to catch and eat insects than you get from actually eating them. Nesting social insects are an exception to the rule), so we preferentially look for larger animals for our protein.

Cockroach or insect farmers in general will have to carefully disguise what they are selling, or sell to a different market. You would certainly recoil at the thought of roach burgers or deep fried grasshopper, but might not think too much about the white powdery organic protein supplement you add to a drink or soup mix. IF it is already "cooked into" processed foods, you aren't going to think much about it either. Even more directly, as a high energy supplement for body builders or as an otherwise unidentifiable "protein bar" in an MRE or survival supplement, most people will just crunch in.

The other part of the market is selling insect protein as food supplement for animals. Feeding it to chickens, hogs, cattle or even as fish food provides a high density/high energy meal for the animals, and helps get them ready for market.

So your farmer might like the idea of farming roaches (supersize or not) because they are easy to care for and he can get a "crop" in with a very short turn around time, but he will have to be careful how he is selling it.

Roaches, like spiders and mantids are subject to being infested with parasites, in example they can be infested by Nematomorpha: 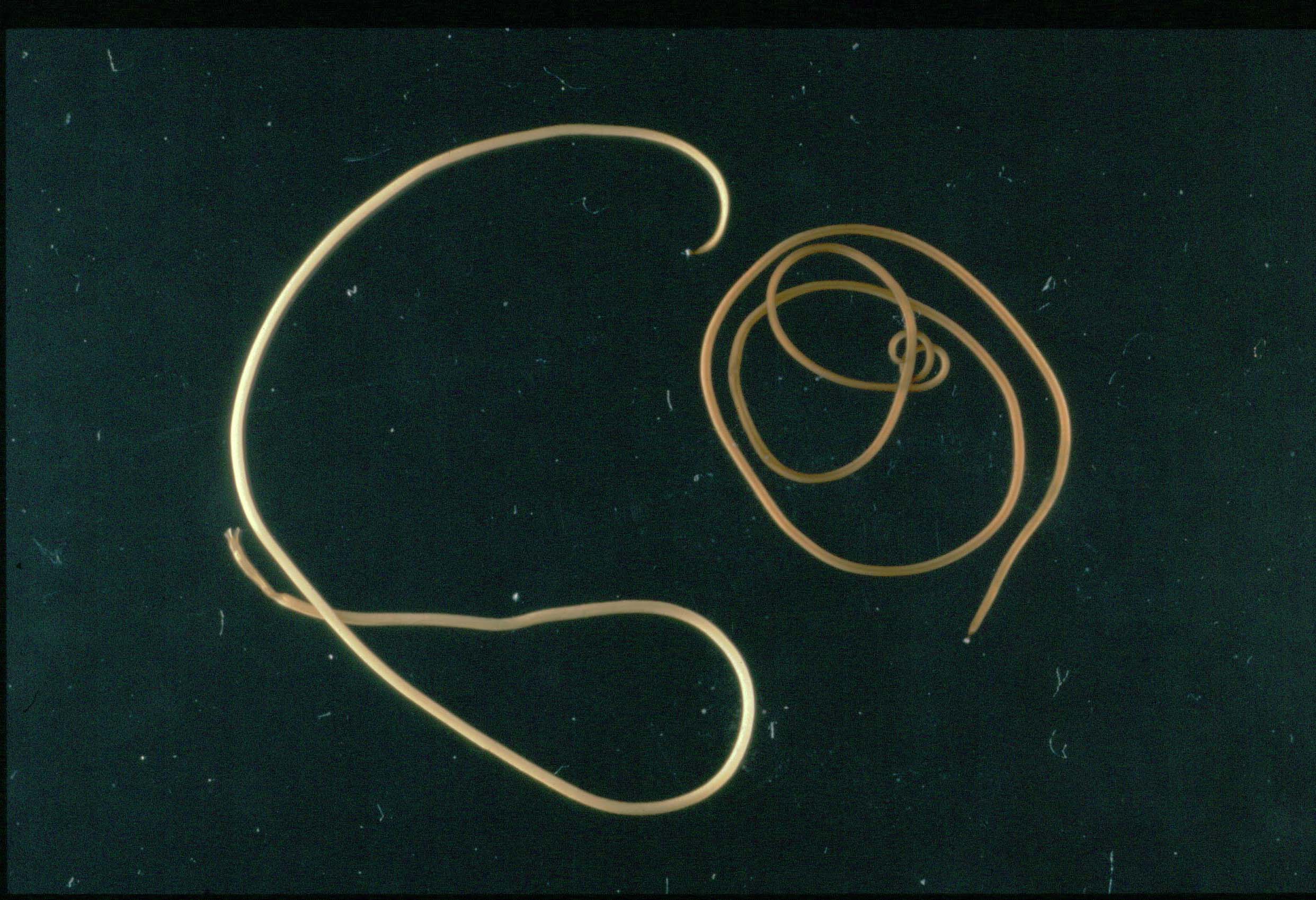 It is full of videos on youtube of insects (roaches included) infested by worms. I guess that if "scale size" keeps on, so that if roaches gets bigger also their parasites get bigger, then you will have something serious to deal with, because when you kill roaches for turning them into food, you will have a pretty big worm going out of them, and this is definitely a thing that you have to care about when breeding roaches because thos worms could be, not only a health issue, but also a safety issue (are giant Nematomorpha dangerous for humans?). Actually they would become bigger that most commons snakes, and since they are pretty fast (compared to their size), they could be quite hard to catch and could go anywhere causing damages of any type.

A regular worm can be meters long, a chicken is somewhat 50 times bigger than a roach, so if a roach is big as a chicken its infesting worm can be as long as 50 meters. Weird.. yuck!

If your world defines the problem as being infested with cockroaches the size of chickens, people believe there are already too many cockroaches. Presumably supply is too high to justify farming them for profit. If you farm them, there also could be problems with sales, with 'wild' cockroaches passed off as 'cultivated.' You could have a farmer who agrees to cut back oversupply (like plowing under during the Great Depression in the US) to access subsidies, and uses ground roach as feed for chickens.

On the other hand, if cockroaches are a market, breeding slightly larger chickens as transportation might work.

I would recommend roaches - with their more diverse diet a farmer has many more resources available as feed for his farm. And as I believe roaches can eat almost anything you could find inventive ways to feed them (non-harmful) waste product or refuse.

As always it comes down to cost: which livestock would be most economical to manage?

Not the answer you're looking for? Browse other questions tagged science-based reality-check fauna post-apocalypse food .

25
What giant insects would fill the role of our domesticated cattle?
9
What kind of animal could grow quickly enough and produce enough offspring to replace agriculture as a food source?