I was considering the possibility mermaids might make use of sailing ships similar to the USS Monitor, but with sails and supposedly wood.

Now, the mermaids wouldn't mind the ship being filled with water, in fact they'd prefer it. Water is heavy: you don't want your ship filled with water. The air in the ship also has a lot to do with it not sinking.

Please review and criticize my idea for a mermaid’s boat.

My curiosity is about ship designs they could utilize. One idea I had was what if you took out the back/stern (or most of it) of a ship? It would fill with water, but the weight of the water inside of it shouldn't create drag when the ship moves forward? If you tried to move it backwards, of course, that would go poorly, and this may also affect turning speed.

You would need some way to maintain buoyancy, and keep the sails above water and level enough. Also, depending on the size of the hole in the back, you'll want to make sure nothing in the ship falls out that you don't want to fall out.

This idea may well be useless, but I hope that it can inspire some mermaid ship design of interest. Thank you.

1: The Air Decks. Size may not be representative of the real thing. It would be filled with air to keep the ship buoyant and the sail/rigging above the waves. It would also be used as dry storage. The air decks also extend out further than the Submerged Decks, I thought this may be necessary for the ship's buoyancy. There's also the question whether extra buoyant materials should be added to the vessel to counteract the water.

2: The Submerged Decks. Water flows in through the opening in the stern, and it is not closed off so it can freely flow out when the boat moves forward. Note that a grating is likely placed here, so that it isn't easy to fall out by mistake. Mermaids hang around here with cargo that doesn't mind being wet.

3: The sails. The question of how mermaids will handle rigging comes to mind, but that's for another time.

4: The sea. It needs to not totally wash over the air decks. This creates some issues. If you have sensitive cargo in the dry decks, you don't want seawater getting in. Which implies the water doesn't get that high, or there are no windows, which will make things quite dark. You could have lanterns for lighting, but that comes with dangers. You could try to have lighting come down from the top deck with some grates, so that as long as the waves aren't crashing over your boat things will remain pretty dry. Sealing off certain cargo rooms so no water can get into them is also a possibility.

5: I was considering the type of opening you would have in the stern. You'd want it elevated above the keel I'd expect. For one thing you would want to make sure the rudder is adequately supported. How a rudder would work on a strange ship like this is questionable.

It's not (primarily) the weight of the ship, or what's in it - water or cargo* - that creates drag, it's pushing the water out of the way. Your open-backed boat would be worse than a conventional boat with tapered stern, because the abrupt break at the end creates turbulence, which means additional drag.

But you have another problem with a mermaid ship, assuming it's crewed exclusively by mermaids. How do they get into the rigging to handle the sails?

*More cargo (or water) would cause the hull to ride lower, so there'd be more drag because of the increased submerged area. See e.g. Plimsoll line http://oceanservice.noaa.gov/facts/plimsoll-line.html

Sailing boats/ships depend on the fact that they are floating on the surface of the water to work. In a nutshell the resistance of the hull in the water (especially the keel) provides a restive force which allows you to sail in a range of directions other than the direction in which the wind is blowing (in some cases almost directly into the wind). Contrast this with a hot air balloon which is entirely at the mercy of the wind and can only control its direction by ascending or descending to find different wind directions.

In order to float any object needs to displace a greater mass of water than its own weight. This is why you can make boats out of steel as long as the mass of water they displace (i.e. the volume of the hull below the waterline) is greater than the total mass of the boat).

What you could do is have a vessel which sits very low in the water (something like a barrel partially filled with water, just high enough to keep the sails and rigging above water and either have the cabins and crew accommodation submerged or have it tow a submersible.

Much worse than the ships we have.

This is a bad idea, simply because you are going to be dragging that weight of water along with you as the boat sails.

A much better idea would be something like this: 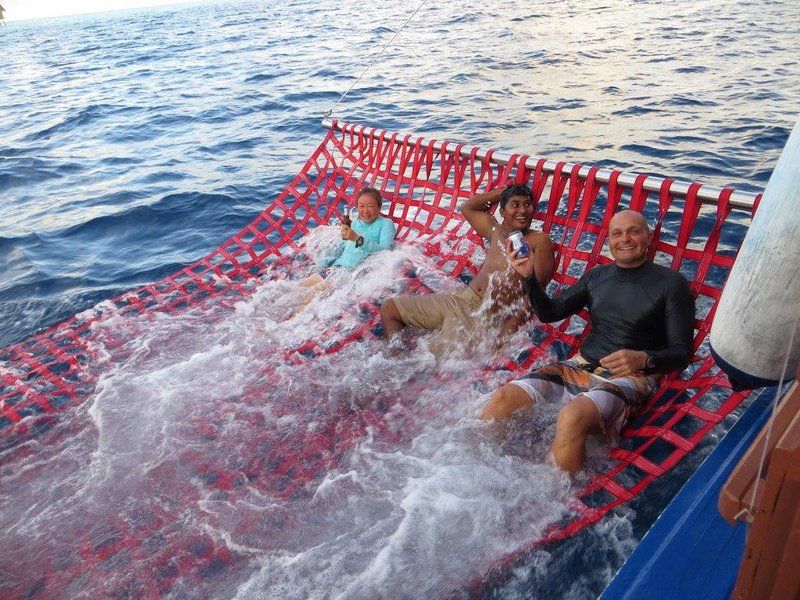 The sailing boat would be a catamaran, with two hulls and a sail mounted on a frame between them. The merfolk would use a net strung between the hulls or immediately behind them to hang onto or lie in while the boat is moving slowly. When it starts moving very fast they would haul the nets tighter to bring themselves more out of the water while still staying damp enough from spray etc to remain comfortable.

It could also look something a bit like this: 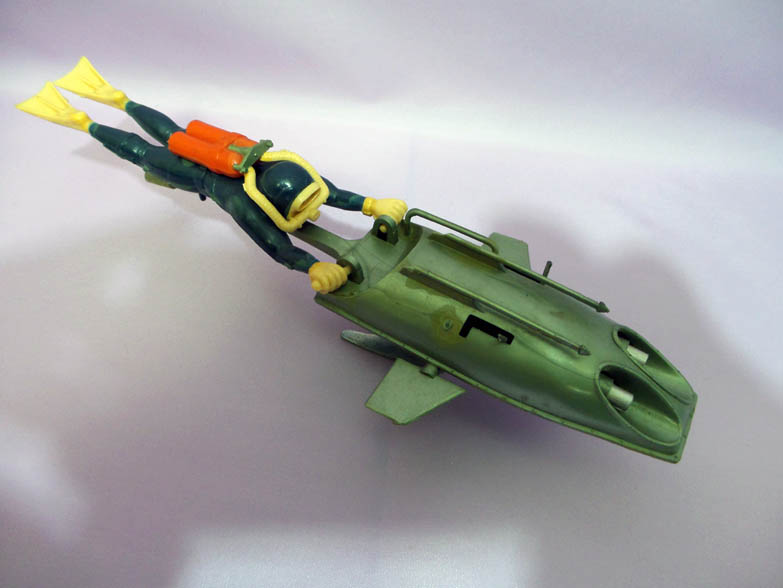 Not the answer you're looking for? Browse other questions tagged reality-check physics engineering ships shipbuilding or ask your own question.

14
Would a roof over a ship's board hinder operation of the ship significantly?
38
An underwater creature that could take down a boat
28
Victorian Ship Weighing
7
How small of a boat can sustain itself in the ocean?
2
A modern Noah's Ark
2
Stealthy and hard to sink marine drone made out of… fiberglass and styrofoam
3
How high can a Victorian-era kite sail be flown?
5
need help regarding warship design to sail on quicksand?
6
Fantasy Sailing Ship with Oars Speed and Plausibility