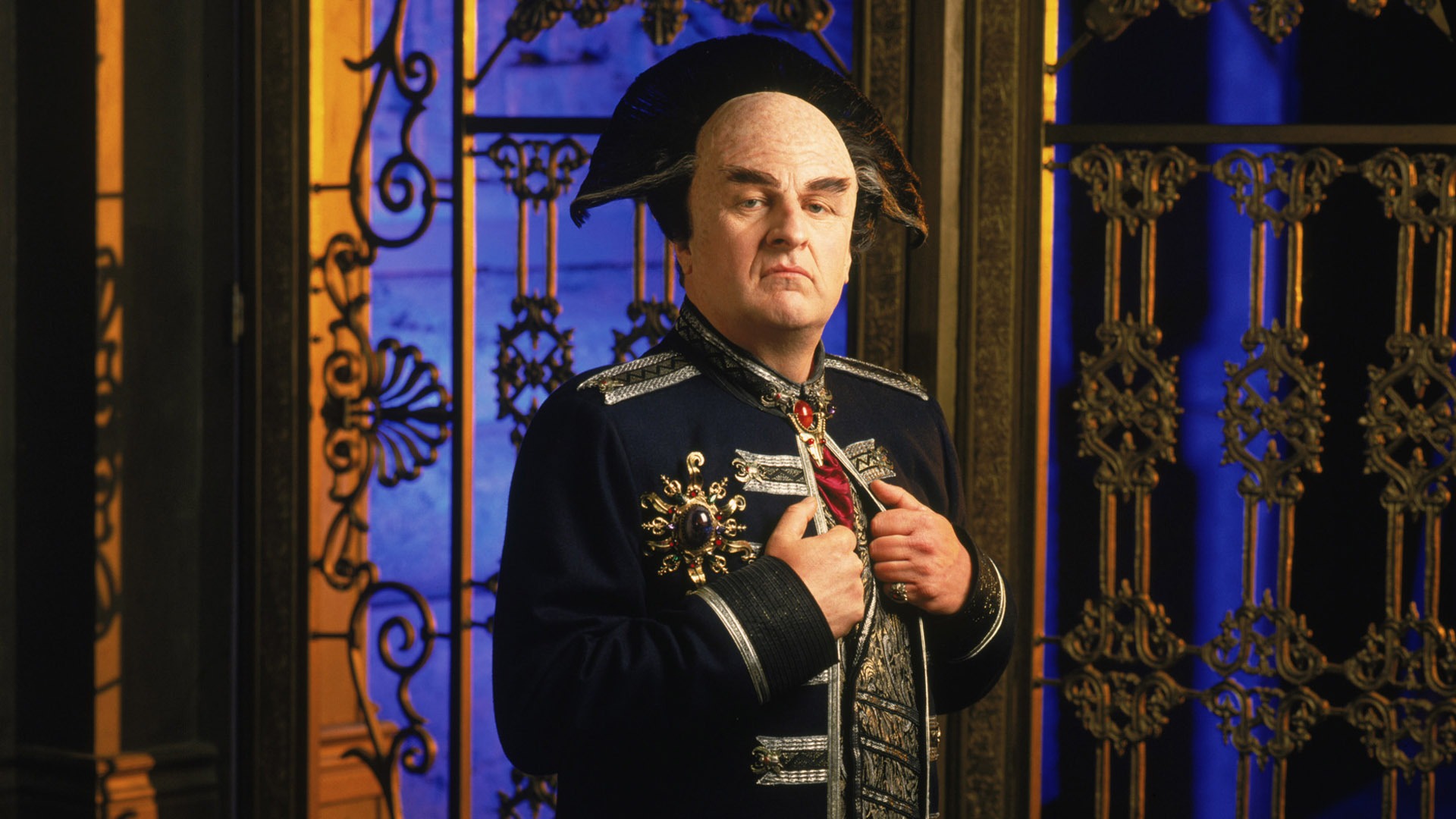 When graduating college with her fashion design degree, my sister told me she had found one constant in fashion: across every culture, every time, fashion is painful. The nature of the pain varies. Sometimes physical pain: bare legs in Russian winters, corseted busts (men and women at different times/places), tiny shoes, tight jeans, tattoos, piercings, etc. Sometimes it is social exposure: the woman who dares the hip-cut dress or the man in a kilt or the person who wears a color everyone else would be mortified to wear. Sometimes it is financial pain: the money thrown away on a diamond iPhone case that serves no function except to say, "I can afford this waste." On that last one, notice that we tend to respond to jewels as "gaudy" when we think the person can easily afford it but as "amazing" when we think the person really invested in that bling.

It's all about displaying how confident you are that whatever comes, you can take it. You're that damn good.

So, plain cloth in space instead of the safe space suit everyone else wears in case of hull breach? Oh, you bet that's fashionable!

Fashion doesn't really have anything to do with technological progress, or even practicality. While a nomad or peasant farmer is going to wear what is cheap and keeps him warm and dry, once you have enough money, literally anything is possible to wear.

I present to you bell bottoms, Mexican pointy boots, Medieval pointy boots, the facekini, grills, dressing like this in the hottest places on Earth, cummerbunds, sleeveless hoodies, etc. etc.

Given the crimes against fashion that have already happened, it is plausible for pretty much any style of clothing to come back into style.

I think fashion (other than clothing containing advanced technology or materials) is not specifically a matter of advancement so much as the current social preferences. It's really just an aesthetic choice in most science fiction where clothing isn't serving a purpose beyond what it currently does, looking good.

It's all about the function such clothing serves in the context of the show. Your image is a perfect example: that fine gentleman is a member of the great Centauri Republic, a grand old empire where it's not just the clothes that are reminiscent of a proud empire at its peak (and approaching its decline) - their jewelry, customs, buildings, spacecraft, and entire social and political structures follow the same design principles. But even if I didn't know any of this beforehand, that's the impression I'd get just from looking at this image in any event.

The reason for this, in fantasy and science fiction, is visual shorthand: in other words, the audience can very quickly pick up a lot of visual cues about the type of alien society being shown, without the writers spending ages having to explicitly outline it all.

Also note that in this case, such clothing can't be considered "anachronistic", as it's entirely correct for its context.

However, to directly address your questions:

You're in a starship, or on a space station. Who cares what you wear? Would a Starfleet jumpsuit or Jedi robes give you more protection from hard vacuum than Centauri court dress? Of course not. It's an indicator - both in and out of universe - of class, position, status, and possibly character.

Note that in Babylon 5, the show this image comes from, the Starfury fighter pilots do wear spacesuits while flying. Appropriateness in context.

Coming back to the discussion about what's retro and what's just old, it's not necessarily either of these things. It's symbolic, and it's evocative. Out of universe, it gives the viewer a summarised version of what to expect of the wearer. In-universe, it's a symbol of society or beliefs.

The people of the Renaissance, and later the Enlightenment, were fascinated with the Romans, and emulated them. Nowadays, we get subcultures who dress like Victorians (with gears glued on) or pagans. Maybe space is just full of hipsters.

If I remember my star wars correctly, 'space is cold'. It's also very empty, dark and uniform (except when it isn't of course). Interplanetary and intergalactic space travel is normally in ships that are utilitarian and streamlined. Normally in tones of grey or blue.

Clothing could be an unconscious human defensive tactic against this cold oneness, Besides needing the extra layers to save on internal spaceship heating costs. To bring colour and dimension to their otherwise grey world. Frills, lace and braiding to break up the smoothness of machine manufactured walling.

Also, with the exploration of space, there is bound to be some sort of associated income boom. (or why else are they spending vast amounts of money and time doing it). People will no longer be limited to cheap, easy to make clothes of today but can return to individually crafted and tailored clothing to suit the personality.

There will of course still be the overalls and machine made bland clothing. But to show you are above all that, to advertise your status as above the lowest of the low, people may return to very frilly frivolous clothing.

The reason why you see with it here and now, mixed with answering the question:
TV shows (like Babylon 5, which the picture originates from) have to face with popularity factors if want to be succesful. Collectively people find something appealing in TV if easy and fast to understand. Let's say it is a challenge for specifically sci-fi category. For sci-fi races it is important to describe main features, even if that is tradition keeping. Clothing will be fulfilling an important role in communicating attitude or values of a race. Specifically Babylon 5 station was acting as a kind of intergalactic multi-embassy, so there interspecies communication had an undoubtedly major role, and military/survival was relatively less important, however weigh of these roles this was fluctuating a lot.

On the other hand, the trick, how to make a studio and get in production a sci-fi show like this, with lowest cost possible, will involve the smart (meaning cost-effective here) designing the costumes. People in 1994-1998 (the years of this show) did not really imagined intergalactic embassies as spacesuit festival, but rather more a well-developed biodome in a spacestation. Free hand in clothing also gives more atmosphere representing culture, diplomacy, and affairs.

Is it reasonable for spacefaring humans to wear clothing similar to that of the 1700s - or even older apparel (such as a toga)? As above, in a similar, not movie production depending setup, where need to represent our race at intergalactic diplomacy center, YES, it is reasonable, but it will be always an important factor, what the other party of the communication percieves - if we want to take that into consideration for success.

Depends on the role/profession. In a sense, Londo's pretty much always dressed 'formally' and the majority of centauri you see are nobles and other folk who think rather highly of themselves. Considering many modern military ceremonial uniforms are based off or evolved from traditional outfits, its entirely plausible.

Outside of that, its also trying to set a very important cultural example - that I am dressed in the manner of my people.

Londo's the centauri republic. Its no different from when a female Indian dignitary wears a saree, or an Indonesian ambassador wears a batik shirt.

Londo is not just Londo Molari. He represents the might and glory of the centauri republic (not to mention, nearly ever Centuri you see is a noble or at least wealthy).

Not the answer you're looking for? Browse other questions tagged science-fiction clothing .

4
Old Clothes In The Future
6
Future of clothing

57
Why do people in Cryogenic sleep not wear clothes?
8
Stopping Military Technological Advancement in Science Fiction Setting
6
An interstellar colony is stranded. How long will it take for technology to regress?
4
Old Clothes In The Future
25
Moving between levels in a gigantic tower-world?
7
Would wearing clothes over fur be uncomfortable?
4
Wearing vs Growing Clothes
12
The History of Werewolf Fashion, Part 1: the 2000s
6
How Would A Velociraptor Wear Clothes?