Physics Plus: Artifical Gravity in Space

This is the next piece in my question-series, you guys have been absolutely awesome in your answers to the first question: How to solve the old 'gun on a spaceship' problem?

In this series, I try to find a number of questions bugging me while working out my current (awesome) project :)

All answers should be plausible, but not do not need to qualify as hard-sci-fi. I am aiming for Physics-Plus on Mohs Scale of Sci-Fi-Hardness (TV-Tropes link).

I am envisioning a system able to create the following effects:

In Units of handwavium (UHV*), which is the cheapest way of achieving this?

I am aware that some things are better left unexplained, but I strive for consistence. Thank you!

The real problem with what you are asking for is the hand wavium for artificial gravity involved super science as a minimum (how are you going to stabilize a neutronium sphere smaller than a neutron star, for example?) and insanely powerful engines to haul all that mass around. It gets worse if you try to wave your hands faster and use gravitons, or adjust the Higgs field in order to change the mass of the particles inside the field. If you can do that, why are you waving a Glock around?

A beam of polarized gravitons would selectively tear the ship apart, or you could set up destructive interference between your Higgs field generator and the one on the enemy ship. Destabilizing whatever holds the neutronium sphere or plate together effectively turns the enemy ship into a Nova bomb as the neutrons fly apart at near the speed of light....

The best advise I can give you is follow the lead of shows like Star Trek, Star Wars, Firefly, Guardians of the Galaxy and dozens of other space operas and have gravity floor plates as a "given" with no special discussion of how they work at all. If you want to disable the gravity field, then the hero (or villain) cuts the power cable or sends computer malware to bolix up the computer.

Never turn the engines off.

Just make sure the ship is always accelerating "up" at a constant 1G. If you want to stop manoeuvring, just flip 180 degrees and burn the other way every now and then.

Cons: Requires infinite fuel, and you can't run away from anything quicker than 1G...

Super low-tech version: wind generators. We already use it for poor man's antigravity: 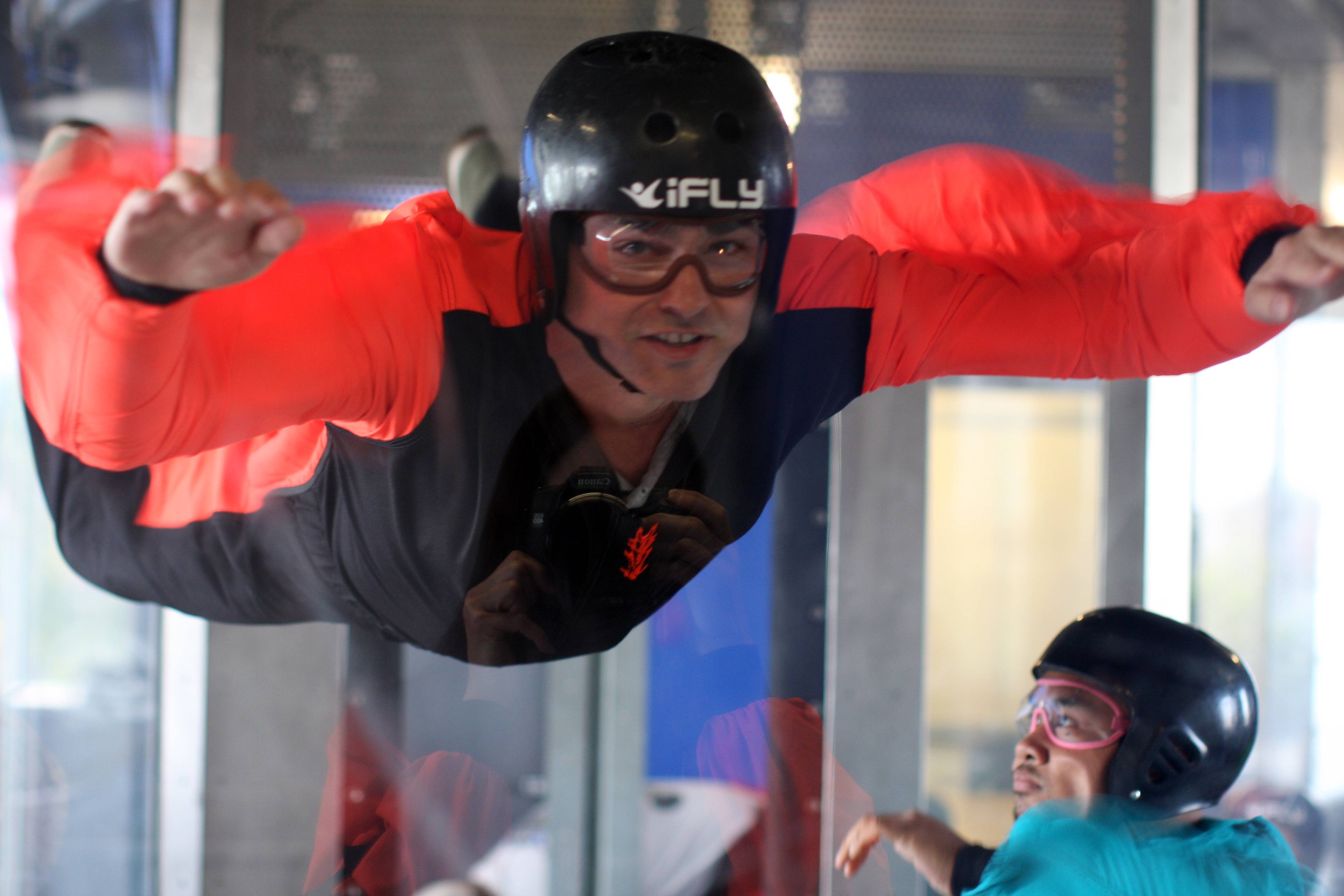 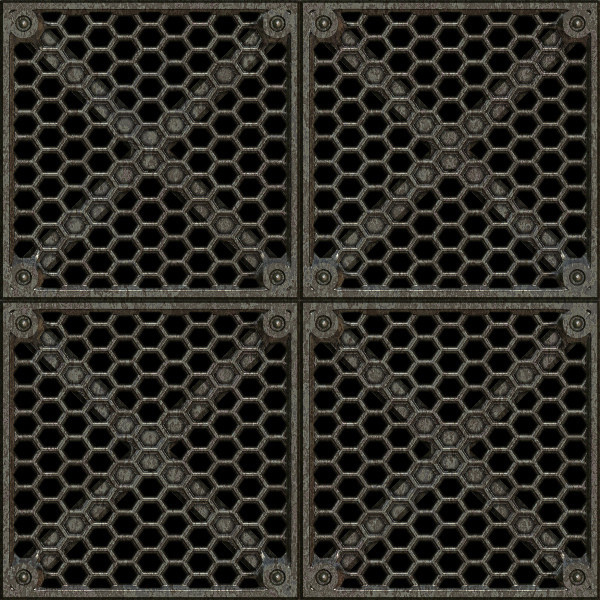 I know, not really 'gravity', but hey - Nostromo wasn't any space Ferrari either. Advantage: UHV-free proposal.

Well a simple, if dangerous, way of doing it is to use real gravity. For this, you need a good supply of small black holes, and a reliable way of controlling them. But if you have those, then your ships and stations are spheres, with their black hole at their centre, and a number of spherical decks around them. Because the black hole has much less mass than a planet, you'll have detectably different strength of gravity on different decks.

This will mean that you ships have very high mass, and accelerating them to high speeds is kind of difficult, but you win a few and loose a few. If you use this, may I suggest you don't explain to the reader how the gravity works, and leave them to puzzle it out. A reveal can come at the point when something goes wrong.

Here's an idea, but it may use too much handwavium:

You could have a material which has radically different gravitational mass and inertial mass. For example, a material that has the inertial density of steel and the gravitational density of a white dwarf star. Then you need a decent amount (sphere with radius ~70 meters) to generate a gravitational field on the surface equal to earth's gravity. This would still give you a space craft that can accelerate fairly easily. You can tweak the gravitational density by a few orders of magnitude (neutron star density makes the required radius very small, and it's still hard to get enough to collapse into a black hole.)

For context: the inertial mass of an object is it's resistance to motion, while the gravitational mass is how much it affects and is affected by the force of gravity. It was a mystery why these numbers were identical for all materials in existence until Einstein proposed that it may be because the fabric of space is moving things, not that there is a force acting on some particles.

Beneficial consequence of this idea: this material can be exceedingly rare, occurring naturally, or be generated in small quantities (or large quantities) in a lab. You get some narrative flexibility using this as a plot point.

Unintended consequence: if you remember that all action has an equal and opposite reaction, you might realize that this material is very hard to handle because it is much more affected by the natural gravity of planets. In particular, the force that is pulling it to the planet is dependent on it's gravitational mass, and because it is less massive than expected for that much force it will accelerate much faster (by the same factor that it's gravitational mass is higher than it's inertial mass). This could mean that all of your spaceships are drifting out away from massive bodies, if they have artificial gravity.

Have the whole crew drink a regular dosage of liquid (non-toxic) metallic substance, and have the ship laced with powerful electro-magnets. Make sure anything else on the ship you want to be affected by gravity is metallic, or has something metal glued to it. Voila!

Pros: with superconducting electronics, should be almost energy free (assuming what goes up must come down and vice versa)

Cons: The metal must be evenly distributed around the body, or else you'll be pulled down by your stomach only (painful).

An alternative way to assist the suspension of disbelief, instead of giving a plausible explanation for why it works, is to instead describe in detail what it does. Describe all of its quirks and limitations.

This works well narratively because everyone on the ship will know in detail what it feels like when the gravity generator is on the fritz but few will actually understand the gravitomagnetic effect it uses to bend space-time around itself.

You can be creative and give it a lot of different problems.

For example, in Star Trek: Enterprise, the human engineers haven't figured out how to generate a completely uniform gravity field, and there's a small space in the Enterprise where it goes the wrong direction; in one room you can jump up and sit on the ceiling.

Does it taper off gradually outside the ship? If it changes a lot over a short distance, large delicate objects could be snapped in two by the relative difference in gravity at each end of the object when falling out of the field. This could be particularly impractical on a smaller ship with a smaller artificial gravity field.

Does it switch on instantly, dangerously throwing floating objects to the floor? Or does it take an annoyingly long time to spin up to full power?

Does the field itself have significant inertia? Does it have angular momentum like a massive gyroscope? It could take a lot of extra energy to accelerate or rotate the ship when the gravity generator is on. Maybe space tugboats and space marine boarding craft don't have gravity generators, to make them nimble enough to manoeuvre around other craft.

Is it physically huge, costly, or very energy intensive? It might not make practical or economic sense to include them on small vessels.

If it doesn't also propel the ship, and the gravity is pointing in one direction over most of the ship, then something on the ship has to be pushed up with a force equal to the force pushing everything else down. Possibly the generator itself. Strong structural beams would have to anchor the gravity generator to every section of the ship, or the ship would fall apart. To minimise bad leverage on these beams, a very large single generator ship might be shaped like a skyscraper with the generator near the bottom. Large vessels in other shapes would need either multiple gravity generators to distribute the load across the structure, or to have gravity pointing in opposite directions in different sections of the ship.

Does the gravity field's shape or strength change when the generator is rotated or accelerated? This could provide some light comedy with people spilling their coffee at one end of the ship when it turns around, or it could be a serious limitation to how fast a ship can manoeuvre with the gravity generator on without tearing itself apart.

You could use gravitons like in star-trek. This would basically be using plausible particles that pass from one plate to another (works like magnetism, but with gravity!)

Your second option would be a sort of 'dimensional impaler'. Basically, gravity is generated by large masses distorting space-time around itself. So you could have an device that simulates this distortion to create gravity.

EDIT: Found the word I was looking for for 'Neutron' plate.

EDIT2: I take back Neutronium as an answer as 'magic' would be less handwavium. Not only would using raw mass for gravity require something like 1.7916 × 10^17 kilograms (0.02% mass of Ceres based on comment here), But the massive gravity gradient from the lack of distance would make almost anything else more practical (especially just spinning the ship).

I'm a physics layman so this may just be provably wrong.

If you could selectively over concentrate and somehow stabilize a subatomic particle that is responsible for mass maybe that could generate significant gravity in a small area at controllable rates.

Like maybe you have super dense "higgs-boson concentrated plating" that acts as gravity plating?

If you think it's neat you could have things in space falling toward the ships floor and require some sort of deflector device to push stuff away.

I think the more controlled the gravity the more you move towards some sort of high energy speculative thing on the level of controlled wormholes. At that point I think maybe you just hand wave the whole thing and use some gravity control field that isn't explained in a ton of detail.

0
Space City Gravity
64
How to solve the old 'gun on a spaceship' problem?

12
What are the consequences of using limited anti-gravity for steampunk-style airships?
6
How feasible would be smallish (1km radius) space station / artifical planet with something dense in the middle for gravity and energy
5
Will this anti-gravity airship balloon give me a working vacuum airship?
2
Localized manipulation of the speed of light
7
Realistic hovering mechanism for my sci-fi drone
10
In extreme cases, can skyhooks or space elevators be used to funnel extreme planetary heating
0
Can someone with a better understanding of physics review or correct my design of a hypothetical fusion reactor for space vessels?
15
Biggest and smallest possible "walkable" celestial body
3
What threat would a highly technological alien species from a superEarth pose to human(-like) visitors?
4
How does a spacecraft function despite it's own (non-centrifugal) artificial gravity?