How to design a steam powered supersonic aircraft?

Using 19th century technology could we break sound barrier with a manned aircraft running on steam engine only? To qualify the said aircraft must cross Atlantic Ocean with a flight ceiling capped at 1000 m above sea level.

No. Before powered sustained flight was invented, scientists and engineers were sometimes sensationalized in the newspapers as saying it’s impossible. The real story is a power vs weight relationship. Locomotives existed. Early research showed that using steam engines to fly was off by orders of magnitude.

Technology had to advance before such craft were possible. If they were possible with the existing technology at the time, they would have been built!

I am going to give a very qualified "yes" answer to the question. Technically, the aircraft is steam powered, but I don't think this is in the spirit of the OP's question. On a larger scale, the answer is still "no", since crossing the Atlantic at low altitude is not going to be possible.

The answer is to use the Walther cycle of decomposing concentrated Hydrogen Peroxide (H2O2) into steam to power a rocket engine. This is essentially the system used in the ME-163 rocket plane and a few planned successors. A brief description of how it worked demonstrates that supersonic speed is potentially possible, but the downside of doing so with a Walther rocket engine. 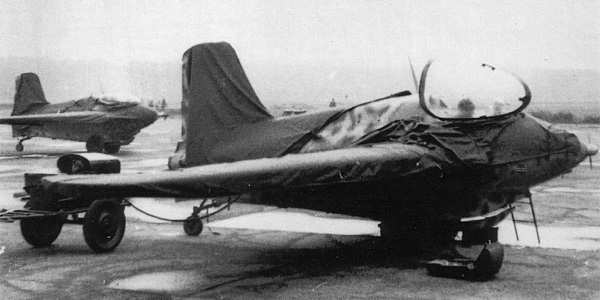 Early versions of the rocket engine were powered by "Z Stoff", a mixture of calcium permanganate or potassium permanganate suspended in water and used to catalyze the decomposition of the H2O2. This was considered a "cold" engine, but suffered from clogging of the nozzles and inability to throttle the engine. Later versions used a mixture of "C Stoff" (30% hydrazine hydrate + 57% methanol + 13% water with a small amount of potassium-copper-cyanide), which acts as a hypergolic fuel when mixed with "T Stoff" (the H2O2), releasing a considerable amount of heat along with the steam, and also being somewhat controllable in a rocket engine. Both versions of the motor ("cold" engine with Z Stoff and "hot" engine burning C Stoff and T Stoff) could propel the ME 163 to transonic speeds, where compressibility became an issue in controlling the airframe. With suitable aerodynamic refinements, the ME 163 had the potential to become the world's first supersonic fighter aircraft. 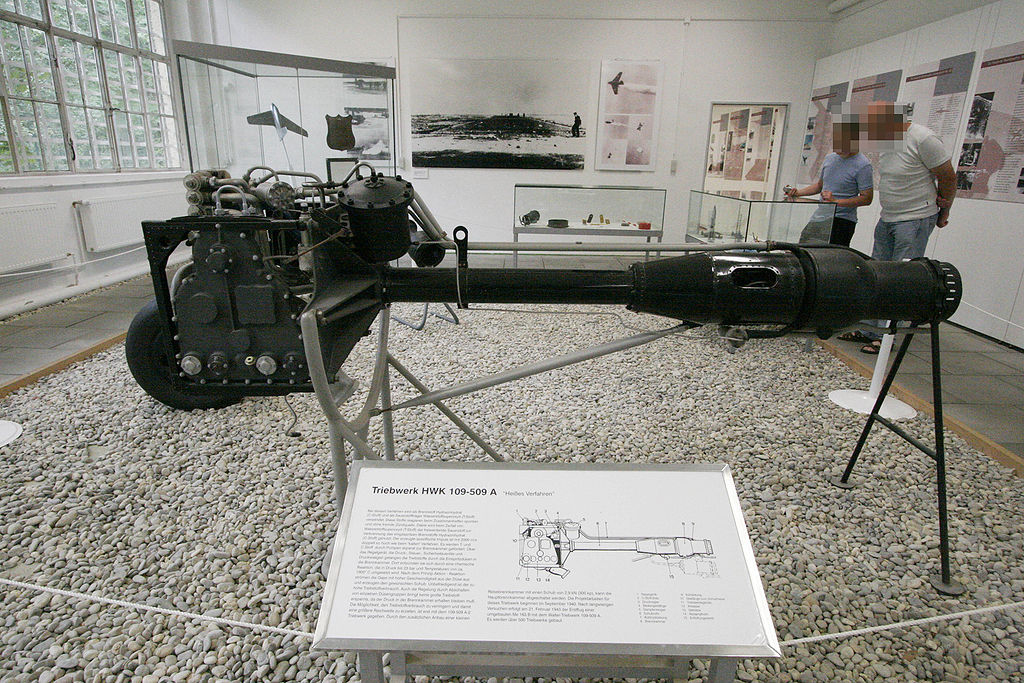 However, like all rocket engines, the HWK-509A engine consumed fuel at a fantastic rate. In the case of the ME-163, the plane was running on empty once to was at operational altitude, and the pilot was essentially flying into the bomber stream (and away from escorting fighters) in a high speed glider. In addition to that, C Stoff and T Stoff were difficult to handle, incredibly corrosive and prone to explode when subjected to a violent shock, such as the disposable launch dolly bouncing up and striking the aircraft as it took off, or the dregs of the fuel and oxidizer exploding when the plane slammed into the ground on landing.

While little could be done about the nature of the fuel, except for some pretty drastic handling protocols by the ground crew (including having thousands of litres of water available to flush the aircraft and work area in case of a spill), larger versions of the ME 163 were under consideration as the war approached the end. The ME-263 had a much larger and more refined airframe capable of carrying more fuel (in order to have more flight endurance), and some consideration was given to using the rocket motor in flight to assist the pilot in making his attack run and evading marauding allied fighters. 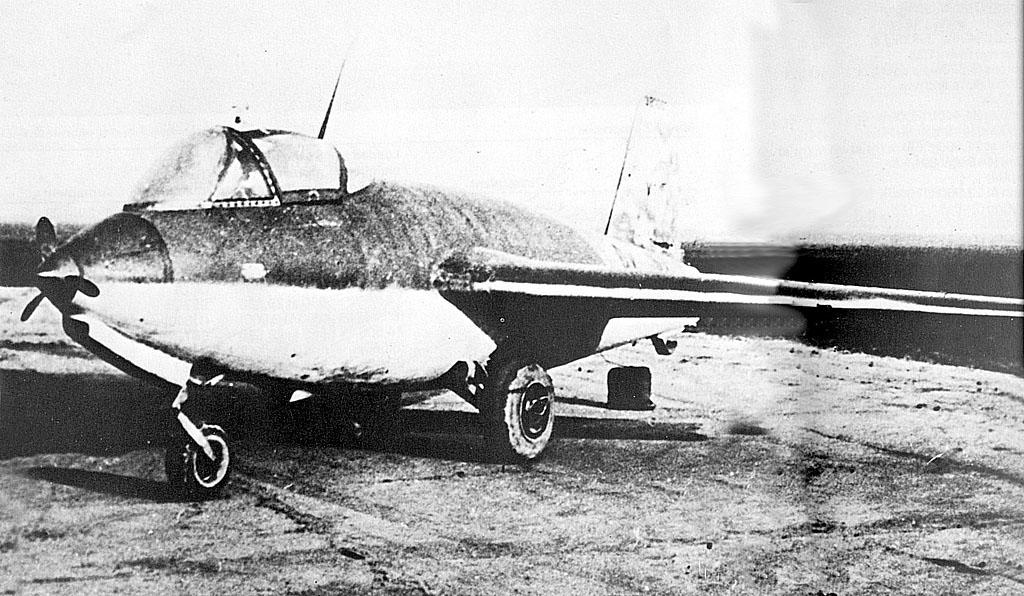 So a supersonic "steam rocket" using some form of Hydrogen Peroxide decomposing to steam is possible for short ranged aircraft. H2O2 in high concentrations is quite unstable, so ground crews will be extremely wary of it, and if used in conjunction with other fuels (like C Stoff, but other versions of the Walther cycle using gasoline or diesel fuel were also experimented with) you don't exactly have a steam rocket, but a somewhat more versatile bipropellant rocket system.

The difficulty is in generating thrust from steam power. You can build a steam-powered aircraft that uses propellers to generate thrust. That isn't particularly difficult. But making a propeller-driven aircraft supersonic is sufficiently hard that nobody has ever tried it. Every supersonic aircraft has been propelled by gas turbines, or in a few cases, rockets.

You can build a steam rocket: something that burns fuel to heat water to steam and use the expansion of the steam as a rocket. But it's horribly inefficient, because you need the burner system and a boiler, and you just can't get the temperatures that would make a rocket even slightly efficient. You're also throwing reaction mass overboard at a terrible rate, because water is heavy. You'll never get this to cross the Atlantic.

You might manage this with a steam turbine system that drove a ducted fan, which had an appropriate kind of air intake so that the fan wasn't seeing supersonic flow. But the craft will be huge, and terribly inefficient compared to a gas-turbine engine.

Low bypass turbofans, turbojets or rocket engines are the only ways we currently use to achieve supersonic flight. Propeller driven engines, whether a Brayton cycle turboprop or a WWII diesel powered aircraft cannot generate enough thrust to effectively maintain powered flight past the speed of sound.

Low bypass turbofans and turbojets work (very simply) by compressing intake air, burning fuel in it to heat it up, sending that hot gas through a turbine to power the compressor, and then exhausting the rest. In a turbofan, the compressor is also used as a propeller, to drive air around the engine (called bypass). Air must be subsonic when entering the compressor to prevent shock waves from propagating through the engine and 'putting out' the fuel burning in the combustion chamber. If you, say, roll through another aircraft's turbulent jet wash, these shock waves can form, as seen in the documentary Top Gun.

That is the science of a jet engine (again, in super brief). There is no way to involve a steam engine in a jet engine. To make a Brayton cycle work, you need a very hot heat source in your combustion chamber, heat transfer from steam will simply not work. You either need an atomized liquid (or gas, maybe?) fuel burning in the combustion chamber, or something exotic like a super-heated solid surface with very high surface area. So, nuclear powered jets are more feasible than steam powered jets.

So the long answer is No, you cannot power supersonic flight with any variation of a steam-based Rankine cycle. However, as stated before, rockets work just fine. If you want von Braun to make his developments in the 1870s instead o the 1930s, that’s up to you.

Longer: Nooooooooo...ooo?
Although such speeds could hypothetically be reached under the right conditions (vacuum, space, etc..) and maybe even on earth herself. The given time constraint of the 19th century makes this a no no.
While we could easily apply our 21st century science to the problem we'd still be missing the materials we so easily have available today that just were not available in that form and quality 200 years ago.
Thus, as already mentioned by others, we can a) not get past the power-to-weight issue, and b) we don't have materials strong enough to survive the forces applied at supersonic speed.

Not feasible. It might be possible with unreasonably gargantuan structure with near unlimited resources, maybe main steam source would be not coal, but something different, still to stay at steampunk preferred (basically heavy) materials, it is just over the last edge effort. Some "mystic" electric power source might come in picture, but in the end to get energy from steam engine is too heavy for this purpose. So far this is only for "if it can fly". To reach sonic boom it is again a huge milestone, and pretty risky moment for the structure itself.

With 19th century technology it is clearly impossible. However, saying it is absolutely impossible is inaccurate. You might want to look up Project Pluto, which was to have a nuclear powered Ramjet at supersonic speeds and low altitude. There were also other programs to have nuclear powered aircraft. Now most of those involved air cooled reactors, however having a high pressure reactor could also work.

Major problems from the 19th perspective would be having nuclear reactors to start with (though doing so would explain why steam is being used), heavier than air flight, the theory of ramjets, and the advanced metallurgy required to build such a craft, which was a problem still in the 1950's. Adding the metallurgy to your world could cause a problems of additional consequences.

A water tube superheated steam generator of sufficient capacity can power a high speed compact steam engine to drive a ducted fan similar to the turbofan. If the steam is in a closed loop, you can get away with less water so less weight. Torque isn't an issue with steam power. there is plenty. weight management with super alloy boiler with light weight insulation can be used. To be honest, I am working on one such project. Not aiming supersonic as of now, but close to it. In short , a fan that works off steam power. check out the DOBLE car boiler system. As for condensing the steam back to water, you have a lot of surface area on the airplane wings. You could have a near silent flight with two ducted fans that are powered by steam engines. It can be definitely done.

Not the answer you're looking for? Browse other questions tagged technology steampunk aircraft or ask your own question.

31
Is there a precedent for inventing a new technology many years before anyone else?

5
How strong would a steam-powered prosthetic arm be?
7
Is it possible for a civilization to advance beyond 17th century tech without electricity or steam power?
54
Would a steam powered plane be able to cross the Atlantic ocean?
20
Steam Powered Hammer
2
Steam Powered Stem Cell Bank
8
Steam Powered Door
10
How to transport 10,000 terrestrial trolls across ocean fast?
4
Steam-powered organ
13
How would medieval/Renaissance-era castles protect themselves from air raids?