How would the body evolve if DNA was signed?

So, I was in Biology Class about 30 minutes ago and during the Lecture my Professor mentioned Antigens. I remembered that antigens had something to do with the type of blood people have. Basically, due to my minor in Cyber Security and my newfound personal obsession with encryption and keys and how they work, I was thinking (well first off, I was thinking that the body doesn't cryptographically sign cells, but how cool it would be if it did) what would be the effects of signing cells, not only on the body, but also the history of the human race. Could the human race have somehow become more immune to certain/all diseases such as AIDS because of this? For clarification, if needed I can specify where the components of this cryptographic system would be stored in/out of the body. There is a public/private keypair.

Basically, the World Building part of this question comes from how would the history of the human race be effected by these differences in the body.

Edit 1: To clarify the idea I was thinking of, I was thinking that if cells could be cryptographically signed (not encrypted), then when other cells see it, it could verify the authenticity of the cell and choose whether or not to destroy it based off of the signature. (e.g. White blood cells destroying rogue blood cells because they don't match the signature of the person that it's living in) (The cells are allowed to mutate upon reproduction, they just have to be verified by others (before resigning) to be "clean", in other words, not harmful to the person). The idea is that the body can sign all its cells like files on a computer and verify that nothing unauthorized changed it in order to prevent diseases that can permanently modify human DNA will be destroyed and not hide from the body by pretending to be a valid cell.

In the case of biology, there's no where safer to put it than in our DNA. However, the DNA is the thing we're trying to protect with this code signing! All a virus/bacteria would have to do is find the signature, replace it with its own, and we'd think everything is hunky-dory.

Accordingly, in the real world the protection is a bit more nuanced. Instead of relying on a purely informational solution, like cryptography, it also relies on practical implementation. DNA is kept in a part of the cell that's a little bit harder to get to. Your cell always has a chance to try to intercept something that is making a rush for the DNA.

If you go up a level, there is a fascinating equivalent. When a virus succeeds at infecting the DNA of one of our cells, it starts making the cell churn out viral proteins to build more viruses. We obviously don't want this to happen, so we built in a solution. Our cells randomly expose some of the proteins they're making on the outside of their cell walls. We have white blood cells whose only job in life is cruising around our body observing these proteins. They are looking for patterns that they recognize as virus-like. If they see them, they alert the rest of the immune system. If it looks bad enough, the cell will be given a message to commit sepuku to restore its honor. Actually, it's called apopotosis, or programmed cell death, but it's the same idea.

If you were to have a PGP signed DNA structure, perhaps as part of a science fiction novel, you would see a few benefits. We'd never get infected by a virus, and we'd cure cancer. However, there's a drawback: only the holder of the PGP key can change the DNA structure. Presumably this holder is someone high up in society, controlling how we change. The effect of this would be a complete cessation of evolution.

The other major issue with it is that PGP is a pass/fail criteron. Either you have a bit-wise match for the information in the DNA, or you have nothing. In the real world, we actually do see replication errors within our lifetime. Most of the time it's not enough to actually cause a problem, but it'd be enough to raise a flag if we PGP signed things. Our DNA really isn't stable enough for PGP.

DNA already works the way you imagine. The private key is each cell's DNA strand. It may not be unique, but individual bit errors in replication means that 'information' on a DNA strand can only be obtained by reading it.

Since it is 'encoded', messenger RNA acts as the public key, 'unlocking' the data in the DNA by reading it. The same mRNA can theoretically unlock any DNA/private key.

So the answer to your world building question is: no change.

ok, so practically speaking this would depend massively on how the system worked.

they just have to be verified by others (before resigning)

I see you've thought about this, without something like this you'd run into the problem that most of our cells don't perfectly match. as cells divide from a single starting cell large portions of our body can end up with a small number of, usually trivial, mutations.

Think about an Behavioral antivirus which whitelists a program after monitoring it for a few hours, days or weeks. 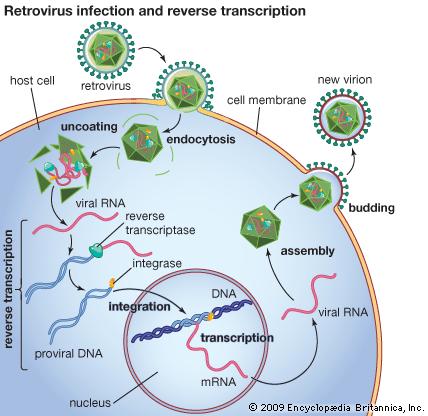 Importantly the segments of DNA that they add don't always activate instantly. You can have a cell floating around for months or possibly even years before something activates the viral sequence. Much like a computer virus which remains inactive for some time after infection. You're not going to be able to spot it by behavior.

So your signing system monitors cell behavior but that doesn't help much if the cell acts normal for a while while infected and then manages to get "signed" while including the viral sequence and so can "pass" a check.

Our real-world immune system works somewhat similarly to an antivirus program with virus signatures. They make a list of viruses seen before and attempt to spot them based on surface antigens since the DNA tends to be hidden away inside.

If you've had classes on comp security you'll already be familiar with the idea that if your attacker has physical access then they've already won. This is also true in your signing system. unless your signing immune system disassembles cells to check the internals it has to rely on the cells themselves to report the content or checksums from their own DNA.

This is a weakness. It simply means that any cancer or virus also has to include code which causes it's own sequence to be ignored or which causes a fake answer to be reported. Then the cells will be ignored by the immune system. After all, they have physical access.

What would it work against

Mutations are common. your cells are constantly repairing their own DNA. Reporting at any given moment might include changes which are in the process of being repaired.

Not the answer you're looking for? Browse other questions tagged humans history alternate-reality or ask your own question.

24
How would the human body develop under a different gravity?
7
If our atmosphere was much thinner (half as thin as we have now) how would animals and humans evolve?
9
Could someone survive if all the DNA inside his cells got damaged? For how long?
2
How would a weaker gravitational pull affect the human body?
6
Is magical rapid premature aging painful?
0
Effect of 1.5g (Induced hypertension health effects?)
2
How was currency converted in the middle ages?