What are the “red flags” of an impending revolution?

Revolutions happen and quite often they have catastrophic results on the nation, from destroying and replacing the nation to splitting up the nation into parts. Usually the result of the revolution is pretty obvious by its leaders and battles, but what is not obvious is when it will occur.

What events are likely to spark a national revolution? When is it likely to happen? What are the "red flags"?

Ancient Greek philosophers may not have seen it in quite the same way, but most seem to have been in agreement that a large and flourishing middle class was necessary for the stability and longevity of the Polis.

Historical revolutions like the "Glorious Revolution", the American Revolution, the French Revolution and so on all seem to have followed this pattern of a growing middle class seeking to gain or retain its political power (and there is a case to be made the Brexit, rise of populist/nationalist political parties in Europe and politicians like Bernie Sanders and Donald Trump in the United States are powered by an enraged middle class who are tired of seeing their political, social and economic concerns ignored by the political, bureaucratic and academic classes.

The biggest issue isn't so much that an enraged middle class can or cannot carry out a revolution (the organizational skills and numbers of middle class merchants, artisans and businessmen is a huge plus in that regard), but rather can the middle class hold on to the gains that they achieved from a revolution?

The answer, sadly, seems to be only with great difficulty. Many revolutions disintegrate after the overthrow of the ruling class as various factions begin fighting among each other (the French Revolution is perhaps the most well known case). Eventually, the chaos is quelled by the arrival of "the Man on the White Horse", who promises to bring stability and end the chaos. 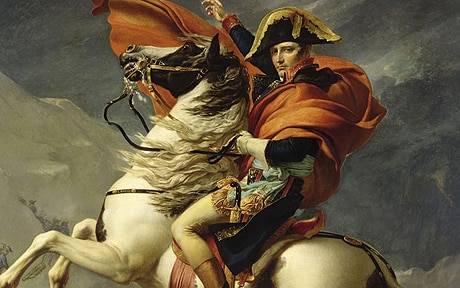 The answer by Thucydides mentions the middle class. There are more factors.

A revolution needs to get people onto the streets. Hunger does it, as does the impression that the government is ineffective.

Not the answer you're looking for? Browse other questions tagged reality-check warfare history empire-building or ask your own question.

18
Tactical Advantages to Dragons with Riders
10
Rules for a magic generated by belief
2
How could respected neutral third party best preserve lives during a battle?
45
How to add tactics and maneuvering into space warfare
38
What is the ideal location to hide the President in the case of a zombie apocalypse?
49
Why is ground warfare smaller scaled than space warfare?
0
Texas expansion: Military
4
How damaging would a major solar flare induced EMP event really be?