What conditions might make a planet more likely to develop silion based life, the factors I need to kmow are listed below

Probably extreme cold. Organosilicon compounds are very unstable, so lower temperatures give them the best chance at sticking around long enough to create life. Of course, chemical reactions occur more slowly at lower temperatures, so there needs to be a balance between molecule stability and reaction frequency. There is no perfect temperature where this balance could be struck, but assume that silicon based life would have a MUCH slower metabolism and rate of evolution than carbon based life.

Because of the low temperature required, hydrocarbon solvents would be ideal. For example, methane is liquid between -182 and -161 degrees celsius. The problem with using hydrocarbons is that (duh) hydrocarbons contain carbon, making the emergence of silicon based life far less likely.

Liquid hydrogen is your next-best bet, and exists at much lower temperatures (-253 to -240 Celsius). But the problem is that, like methane, liquid hydrogen is non-polar. In order for life to exist in non-polar environments, complex lipids beyond the scope of organosilicon chemistry are required.

It's not ideal, but ammonia is probably the best solvent. It's liquid at somewhat cold temperatures (-33 to -77 C), is polar, and doesn't contain carbon.

The type of star your planet has is less important than the planet's distance from it. For a solar system similar to ours, this planet will be somewhere between earth and mars.

For more info check out this great article on atomic rockets: http://www.projectrho.com/public_html/rocket/aliens.php

EDIT: Another option is fluorosilicones. They are far more stable than silicon-based molecules, but they use carbon as well as silicon to help them stick together. If you wanted something that was technically "Silicone based life", have those lifeforms use fluorosilicones, and stick their planet somewhere so it'll be about 500 degrees celsius.

That's an interesting question, since we have absolutely no idea what conditions are ideal for developing even carbon-based life. For instance, for carbon-based life, we would expect something like an atmosphere high in ammonia or other simple nitrogenous compounds(you need some 20-30 distinct proteins for DNA replication) to even have a shot in hell at producing life, yet there is no evidence for this kind of atmosphere existing on earth; based on our current knowledge, it is exceedingly improbable that on an earth-like planet(or any planet really), carbon-based life would arise by chance. Yet, it did. The bottom line is that nobody has any idea what chemistry is likely to produce life.

But why try to use science to answer a question that it cannot answer? The origin of life in your universe could be a mystery in yours as much as it is in ours. Perhaps in your universe, the panspermia theory is correct, and life arose only once, somewhere incredibly far away. Perhaps your silicon-based life was created by carbon-based scientists, whose civilization was eventually destroyed without a trace. Perhaps your universe is a simulation in the mind of a deity. There are so many ways you can go with this.

The results summarized on this answer indicate that it doesn’t look good. Warm Si life needs carbon too, and (as quoted there) Freitas points out that the increased temperature tolerance is modest and probably not worth it to to enable Si to out-compete C.

You need some further advantage beyond what we see from the chemestry. Perhaps some element is missing (or not bio-available) that carbon-based life needs to get started. E.g. I like the example of fixing nitrogen in a pre-biotic world.

Why would pure carbon life not emerge, simply getting rid of uses of Si, since so many carbon compounds are needed in the side chains? I suppose that once the essential kernel gets going (the equivilent of DNA) it will be locked in and can’t be changed. Any further attempt to start new life simply becomes food for existing life.

So, moderatly high temperature, and luck in having a silicon bearing molecule emerge as the successful replicator early on.

The alternative is cold. Pure use of si as an analog of familar carbon molecules work at cryogenic temperature using liquid nitrogen as a solvent. Would life emerge with such low energy? Things happen slowly. So make it a red dwarf star that’s stable for many billions of years, and allow life to take billions of years to start on a cold planet orbiting a dim star.

If we find such a thing today, and discover the star is 10 billion years old, you need to make sure there us enough dirt to make planets of rock and provide for organic material—elements were cooked up with succeseive generations of stars, so an ancient star can be expected to have less.

Actually you don't have to go to a different star system to find one. The innermost large moon of Jupiter, Io fits the bill. It has subsurface molten sulfur and magma, freezing vacuum surface, an extremely high level of ionizing radiation, and is almost completely devoid of water. As hostile as these conditions appear for carbon water life, you have to look deeper and realize that you are looking an environment with the potential for complex chemical interactions and available energy gradients that might be perfect for silicon based life. Obviously trying to simply plug carbon biochemistry into elements one level lower on the periodic table is not going to work. Anything alive that originated in the seething subsurface witches brew that likely exists on Io would be alien indeed as alien as the little moon appears. 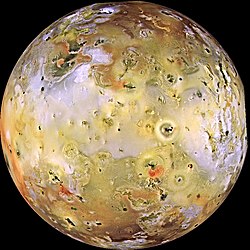 Not the answer you're looking for? Browse other questions tagged xenobiology biochemistry or ask your own question.

17
What else is involved in “silicon based” life?

17
What else is involved in “silicon based” life?
11
What element would the hemoglobin content of methane-based life use?
2
How similar should we expect alien molecular biology to be to that on Earth?
4
Silicon based life in Earth-like condition?
0
pH Indicators and Xenobiology
3
Could our biochemistries allow us to interact in any meaningful way with alien life that was based on other biochemistries?
0
Germanium Based Life
4
Can liquid Carbon Dioxide be used as a solvent for lifeforms?
20
What would a life-form be like if it's antimatter-based