Would Europa be a logical choice for commercial and industrial ice mining?

As we all know, hydrogen and by extension water, gaseous, liquid or frozen, is pretty much everywhere in our solar system besides maybe Mercury. The most abundant source may be the Asteroid Belt, which contains millions/billions of cubic kilometers of water, more than exists on the surface of our own planet. However, all that water is distributed incredibly sparsely over a large volume of space, meaning getting to it all is gonna be a bitch should we ever try to completely deplete the belt of its water content for whatever reason. Thankfully, there are other sources of water in our solar system that are far more consolidated, if not as conveniently close to Earth as the belt.

Enter Europa. Containing a similar if not superior volume of water to the Asteroid Belt, it's only slightly farther away cosmically speaking and unlike the icy asteroids in the belt, it's not going anywhere. Add on top of that the potential for alien life and all the revolutionary new scientific discoveries that come along with it, is it any wonder this tiny little moon might have investors salivating and smacking their chops?

But the big question is, is the extra distance worth it? Is there any reason prioritizing ice-mining on Europa would make more sense than just sticking to the local portions of the Asteroid Belt that are closer to us than Jupiter or its moons? The belt may be thinly spread but unless we're using water at an alarming rate (possibly as a result of the simultaneous colonization of Mars and the proliferation of both widespread fusion power and large space stations such as O'Neill cylinders), it'll probably suit our needs for the next two hundred or three hundred years.

Would going to Europa to mine ice or exploit its local wildlife make any sense to a potential investor or a hypothetical megacorporation, or would any visits to Jupiter's most interesting moon be purely scientific in nature?

Short answer is actually "no".

Europa is deep in the gravity well of Jupiter, and inside the radiation belts as well, so you need both heavily shielded workers or robots to mine the ice, and a fairly powerful launch system to heave it out of Jupiter's gravity field if you mean to export the ice to places like Mars (which would pay a good price for it).

Ice miners in the Jovian system would avoid all of the Galilean moons due to their fairly significant issues, like being immersed in heavy radiation fields, their size and local gravity wells and the effect of being deep in the Jovian gravitational well (Callisto is outside of the radiation belts, but still a large moon deep in the gravity well of Jupiter, and Io has no water that we know of, two more complicating factors).

However, there are a total of 67 known moons in the Jovian system, many of which are essentially captured asteroids or comet cores. These are likely to be full of ice, easily accessible with low deltaV requirements and far enough from the Jovian gravitational well to make shipment outside the Jovian system much easier and cheaper. Since travelling around in space is all about deltaV, (rather than time or distance like we are used to here on Earth) any way to minimize it provides a huge economic advantage to the shipper. This holds regardless of the method used to transport the ice itself, smaller rockets, solar sails or mass drivers would all serve from an ice moon orbiting distantly from Jupiter. 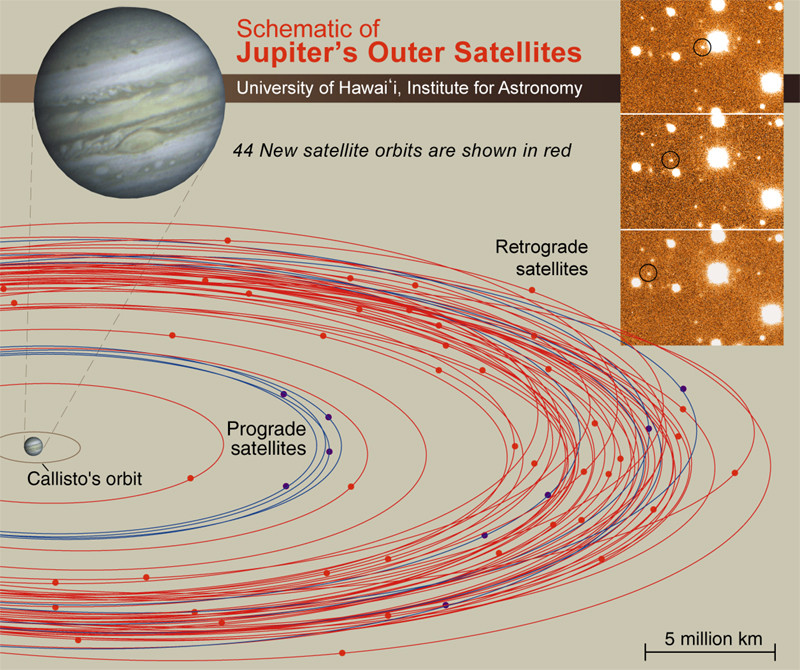 Both Jupiter and Europa have gravity wells. Why would you mine ice from the Europa, with 0.13g surface gravity when you could get it from tiny moonlets or rings with basically no gravity at all to contend with? Why would you do the delta-v burn required to get out of Jupiter's orbit?

Jupiter is also relatively hostile due to magnetic fields, but if you want to use the Jovian system, there are Trojans: clusters of bodies co-orbital with Jupiter in its L4 and L5 spots. Those bodies might have the trifecta of no large planetary gravity well, no small moons gravity well, and no radiation.

In my opinion, there is enough free floating ice local to any location in the solar system to make long distance transportation uneconomical. Even if you want ice in near-Earth orbit, it is probably better in the long run to find a smallish comet and drag it into Earth orbit than to ship it back and forth from anywhere else.

The one exception is if you are trying to throw icy comets at the surface of Mars as part of a terraforming project. In that case, Jupiter's Trojans, Saturn, Uranus, and Neptune's moonlets, random outer solar system Centaurs, and the Kuiper belt would probably be your preferred sources, in that order. I don't think enough bodies in the asteroid belt are pure water (you don't really want to throw an iron or stony core at the surface of Mars).

Not the answer you're looking for? Browse other questions tagged economy space-travel space-colonization .

4
Would a city accept costly taxes and monarchy for protection's sake?
3
How would it affect society and politics if you have to pay for each vote?
6
How plausible is this as a corporate motivation?
5
Communication and Navigation for space flight on Europa
26
Reasons to colonize planets of another solar system?
9
Could an astronaut in a near-future space ship survive transit through our asteroid belt?
3
Space station design for long-term safety and durability
9
How long will it take for the off-World population to exceed Earth's population?