How big can I make a spaceship? [duplicate]

Let's say that the most powerful nations on Earth (with a couple hundred billionaires) have decided to build a generation ship. The reason for them leaving is out of the scope of this question, but there are a few things you need to know:

Abiding by the above rules, what is the largest I can build a generation ship?

There are several possible ways to go, but given current science and technology, a generation ship capable of interstellar travel is not an option.

Using the rest of the question, and stipulating the billionaires are interested in taking 500 or so of their closest friends to Neptune, we can look at conventional launch and "unconventional" launches.

For a conventional launch, we will need to lift and assemble the ship in as few launches as possible. Elon Musk's project using a massive booster to loft a 500 ton interplanetary ship is the model to use, but since we are limited in time and resources, a few modifications are in order: 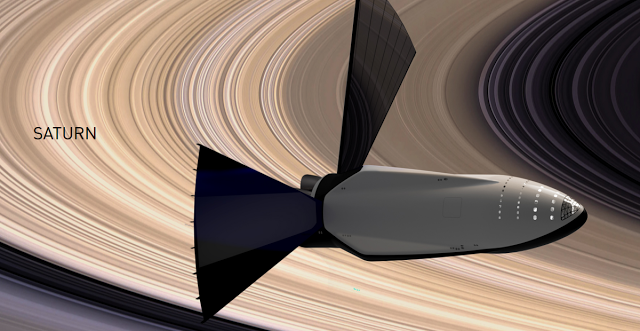 Interplanetary craft in flight. For this sort of journey, picture several large "external tanks" strapped on to carry extra supplies

Of course, there may be a need to have a more capable fleet of ships, in which case, the building consortium can try to revive the ORION nuclear pulse drive concept. This has the advantage of requiring fewer lifts, and the launch site is literally defended by nuclear explosives (the ORION pulse units). ORION craft as large as 4000 tons were studied in great detail (the 4000 ton ORION was designed as a space battleship, but the internal volume can be used for more constructive purposes).

The advantages here are:

The downside is getting the permissions to build nuclear pulse units in the first place, and launching from Earth (unless the real reason they are leaving is existential, such as the imminent destruction of Earth). 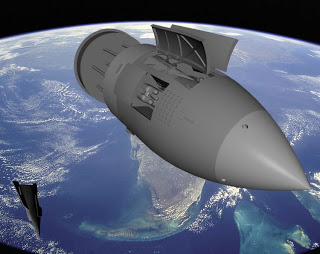 ORION battleship in flight. A transport ship would have the internal volume used for passengers and equipment

So from a practical POV, setting up an assembly line near the shore, building an artificial lagoon for towing out the Sea Dragon and launching it, and using a series of Sea Dragon launches to lift the passenger ships and the supplies is probably the best way to go. Using a bit of a handwave, I suspect that in terms of time and resources, 3 actual spacecraft each attached to 3 pods carrying 550 toms of fuel and supplies should get you everywhere you want to go in the Solar System, so a total of 12 Sea Dragons, 3 spaceships (probably the most expensive part of the project) and 9 "ET"s for fuel and supplies.

(Presuming a near-future world where such a thing is possible:)

There is no limit other than the amount of material you can find. Use an asteroid. How’s that any different from just “using” a large moon or planet? The limit that affects your purpose is the ability to move it. How much power do you have? Why not use the planet Neptune as fuel and reaction mass?

Your question does not contain any information that would be applicable for knowing such limits in the context of your story.

From comments (your question is not clear) it seems you mean to build like we did the ISS and other projects to date, sourced only from Earth with no space industry infrastructure.

Look at the cost of the ISS for comparison. So, you could double the size of that! But, what about life support systems (not invented yet and a major development effort), or interstellar propulsion that is fast enough to get somewhere in a thousand years? Not available; would not be small/cheap as indicated.

In short, it’s not possible to even meet the requirements or even make a large enough craft for that budget.

The most intelligent way of doing this, provided you are on a very strict time scale is to launch as much oxygen, water, soil, and seeds as you can in as simple a package as possible. Build a rudimentary ship that will last for however long you need to get to the moon or asteroid belt and then mine the construction resources out of them.

The size of the ship is only limited then by physics and the amount of oxygen/nitrogen and the amount of thrust you want vs the fuel you brought. which you could probably bring quite a lot. provided you concentrated on that.

Also since you're going to have government and personal funding and you don't really care about waste probably you can easily build multiple sites around the world that launches ships all the time. You just need to coordinate a little to make sure you don't have launches hitting each other.

With only 500 people you don't need much farm space and that's all you'd use. The size of the ship would easily surpass several kilometers and eventually you might even build several ships to spread out or simply to carry more resources.

Not the answer you're looking for? Browse other questions tagged science-based reality-check space-constructs architecture generation-ships or ask your own question.

23
How big a black hole is needed for this story?
6
Political ramifications of long-lived humans
48
Society rules for marriages and love on multigeneration ship
7
Size for bubble-ring generation ship
10
Cultural norms regarding Law and Order on Generation ship
7
How many colonists could fit on a 2km long multi-generational colony ship?
12
Shatoum: The Granite Citadel
2
Civilization on an Earth-like planet without using waterways for transport
31
Are generation ships inherently implausible?
5
Low gravity space shipyard vs micro gravity shipyard