Tactical Cooling of a Predator

In a world inhabited by small grassland herbivores, night-time is a very scary time indeed. With no moon or other substantial light-source to illuminate the plains, they are in great danger of becoming an easy meal for the planet's apex predator, the Stracnor: large nocturnal lion-like creatures with an amazingly soft step, allowing them to move within meters of their prey without detection.

Over many thousands of years, the Stracnor's prey has evolved long-range heat sensitive pits, similar to those on snakes, that serve as an early warning system — able to detect the infrared radiation emitted by nearby creatures and giving it a chance to escape if being stalked.

But the Stracnor has a clever trick of its own, able to cool its exterior to an extent where its infrared signature matches that of the surrounding landscape perfectly, hence rendering it undetectable to the specialised senses of its prey — leaving them utterly defenceless once more.

EDIT: Ambient temperatures fluctuate from around 20–25˚C during the day, down to 10–15˚C at night.

If it has a mane like a lion, this could be your heat shield.
If it flaired out like a large umbrella and was made of a thin membrane or possibly fur, then it would block its body heat from whatever prey is directly in front of it, while allowing the heat to radiate normally from its body. 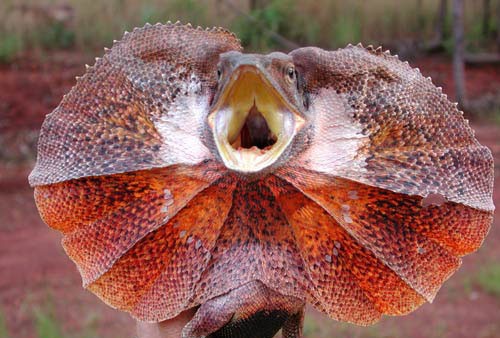 Prey seeing it from the side would have no trouble knowing it was there, but if the predator is that careless then it'll go hungry and have to do better tomorrow.

Its face would be the only real problem, and it could just have a lot of thermal insulation to minimize its signature.
Give the attentive prey a sporting chance.

Infrared is surprisingly easy to block. You can walk past an infrared alarm using nothing but a bed sheet. So long as the bed sheet is not warm, you're concealed.

The trick is insulating the fur from the body heat so the fur doesn't heat up.

Actually feathers might work best for this. Feathers on a wing that can be held away from the body and allowed to cool to room temperature should work exactly like the sheet without any fancy extra insulation. Just flare out the wing and stand behind it.

Another method that would combine with fur/hair methods is vasoconstriction. This is a constriction of the blood vessels in the skin in cold conditions (or in response to drugs, but that's not relevant in this case) to reduce heat loss.

If vasoconstriction evolved to be partly voluntary, then the predator could use it on the parts of its body facing towards the prey, reducing its heat output on that side. Heat-detecting pits are a fairly limited sensor, and the combination of this and fur should be able to get the predator within range for an attack.

While most of the posters have spoken of using insulation, the issue of dealing with trapped heat remains.

In earthly animals, the general adaptation to remove excessive heat is to create large radiating surfaces. In the modern era, elephants have large ears which are used as radiating surfaces. Desert Foxes also have a similar adaptation. This is actually a very old adaptation. Dimetrodon, a creature living in the Permian era some 295 million years ago, had a large "sail" on its back which is thought to be a radiating surface (turned face on to the sun to rapidly warm the creature, and edge on to the sun to cool off). It most likely served double duty as being a sexual display as well (something like a peacock's tail or deer antlers). 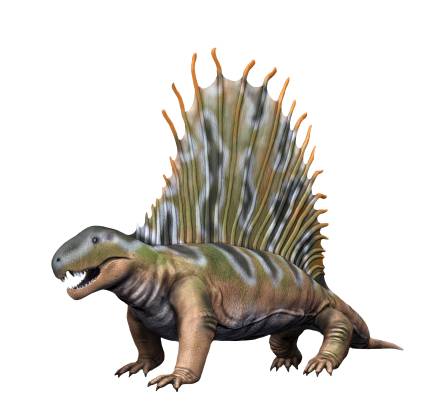 This suggests some possibilities.

The simplest one would be the creature looks something like a male lion, with the insulating "mane" surrounding the head and shoulders, but almost bare skin along the flanks and underbelly to radiate heat.

The next idea would be to give the creature neck "frills". Evolving for sexual display, they also allow the creature to rapidly radiate heat away after a chase, or to preemptively cool late at night before setting out on a hunt at dawn.

Alternative structures like a "sail" along the spine, or vertical plates like a Stegosaur might be problematic in terms of camouflage, but could provide the ability to cool if the blood vessels are under some sort of voluntary control. Once again, the best use would be to radiate heat at night and hunt at dawn before warming up too much.

The final solution contradicts the description of the creature, but growing very large (like T-Rex size) will allow the creature to act as a "heat sink" for a short period of time, with the hot blood being pooled inside internal organs while blood flow is constricted to the skin. This will be difficult to achieve, especially since the limbs will need a great deal of blood for the final part of the hunt. The behaviour will be rather different as well, the creature needing to remain still while the hot blood is pumped out of the internal organs and into the skin to shed heat.

All these solutions would mean that while the creature has infra red camouflage at some times, it will also radiate like a beacon after the hunt.

As others mentioned, it's not that hard to block heat - but heat has to go somewhere, or your creature will overheat and die. Neck-frills or other heat-blockers would disguise the front, but sometimes, it's just not possible to attack something head-on. Worse, these frills are visually obvious; prey with decent vision will see the frills easily.

Instead, I suggest a three-part process that will make your creature absolutely invisible:

If the creature is overheated (maybe it's a particularly warm day), it can gently wave the tail to lose heat; in this case, since the body is not in "stalk" mode, it cools the blood a little more directly.

There is one downside: injury. The tail would be fairly fragile; tearing or cutting the tail would reduce its effectiveness, while a large injury has the possibility of quickly bleeding out. Luckily, the dual vascular system would have a built-in safeguard to keep blood loss to a minimum: clench the tail muscle (as would happen when in pain), and the blood flow stops.

I never heard you say that the predator had to be warm blooded. An extremely powerful ambush predator that could never chase prey down sounds a lot like a crocodile. A croc would not have too much trouble maintaining a low body temperature at night with which to sneak up on prey.

On the other hand, if you want a mammal, a sloth can maintain a body temp down to 24C. Granted sloths are...sloth-like, but you can afford a slower metabolism if you sleep all day and ambush hunt at night. Either of these features could be combined with insulation for effective infra-red camouflage.

The word 'stracnor' is pronounced with a voiceless stop (k) followed by a nasal consonant (n). That is a VERY unusual combination in English, and it will immediately strike your readers as an awkward thing to pronounce. You may consider either a. changing the pronunciation, or b. explaining that it comes from a foreign language. Reading unusual words can break an immersive fantasy experience...Tolkien's languages were one the reasons for his success!

There are three common voiceless stops (k [or c], p, t), and two common nasals (n, m). Do you know how many words have a voiceless stop followed by a nasal? I do; I looked it up. Not counting compound words (fitness, footmen, topmast, milkmaid, etc), medical terms and words with a silent letter (pneumatic, knife, etc), there are exactly 6 (utmost, hypnosis, shrapnel, picnic, acne, and acme).

Sorry! I was compelled to write it!

It won't work without lots of problems the way you described. However, it is possible. Your predator should have thick thermal insulator skin on the sides of its body. Since the climate is warm, body wide thermal insulation will cause issues; so the rest of its skin, the parts that will not be detected by the prey, should conduct heat to allow creature to cool. 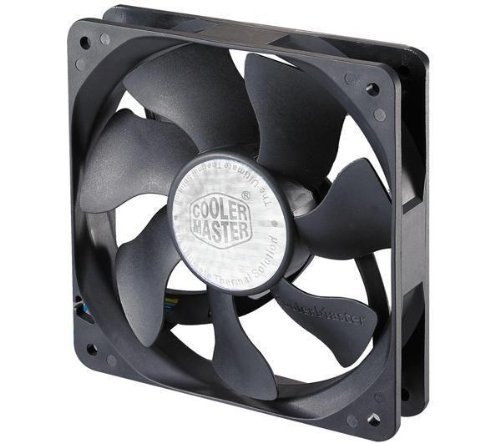 It will keep your predator cool and composed, ready for its next search.

If such a predator was originally warm-blooded then it would need a constant body temperature to maintain organ function and not die of hypothermia. It would take tens or even hundreds of millions of years for such a radical change to its biology, and would take far too much energy to be practical, even if it was only the surface.

However, that does not exclude other parts without specific requirements for temperature. Long hair is the most feasible adaptation it could develop to conceal body heat, especially if it already had hair to begin with.

If its hair (especially around the face) were to become fluffier and more reflective, it would stay relatively cool and prevent it's prey from seeing the few patches of exposed skin that would have given it away before.

If you want to get a bit more complex, it could groom its hair into a compact shape to shield the majority of it from the sun, or lick it so evaporative cooling (the same process in sweating) actively keeps the hair cool, further increasing its "invisibility" at night.

These are relatively mundane solutions to the problem, but probably the most plausible.

I just came across this question and I have a fairly simple answer.

Your predator takes a bath before it hunts.

The predator jumps in the water or in the mud and drastically cools their skin and\or fur. At the same time, surface vessels constrict to conserve body heat. Thus you end up with a very cold skin on the predator. If you view it in infrared it just looks like a big dark spot. On top of that there will be temperature variations across the surface, breaking up its infrared signature like stripes on a tiger.