What would have to happen in order to have both humans and dinosaur-like creatures on the same planet?

I've wanted my fantasy world to be as realistic and science-based as possible (aside from magic), but I also want there to be dinosaurs or creatures that are very similar to dinosaurs. So what would be required to realistically have dinosaurs inhabiting the same world as humans? For example, what climates would this world need, how separate would the mammals and dinosaurs need to be, and could there be any ice ages?

And, please, no "dinosaurs are already here" answers. I'm asking about these dinosaurs, not these ones.

You're probably gonna hate me for this...but suppose that you just go with the obvious solution: the asteroid misses, and non-avian dinosaurs don't go extinct. Could humans evolve in an environment such as this? 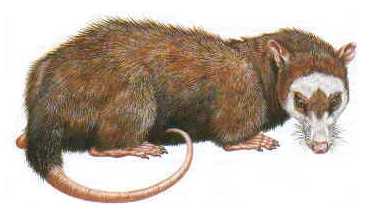 See, proto-primates did exist during the Late Mesozoic. The question is, could they have evolved into proper primates, then apes, then hominids with dinosaurs running around? Well, considering that most arboreal dinosaurs ended up becoming actual birds, it's probable that Primates and other mammals could have "beaten" the dinosaurs to the punch in evolving a primate-like form.

So considering this, there's a veeeeeeerrrrrrrry slim chance that, assuming they all kept out of reach, Humans could have evolved. Ultimately, it'd depend on which groups of dinosaurs made it to the present day.
Since humans never would've evolved in Asia/the Americas, Tyrannosaurs and Deinonychosaurs could safely exist in this world, as could Ankylosaurs, Therizinosaurs, Hadrosaurs (heck, they're everywhere), and Ceratopsians. African Sauropods and Chacharodontosaurs might make this scenario harder, but hominids were able to last alongside Deinotherium and the like, so whose to say they couldn't against larger beasts? Bigger isn't always better, eh?

As for those theories stating dinosaurs would probably stick closer to warmer climates, I say NAY! Assuming you have properly feathered dinosaurs, you could have dinosaurs in all climates, cold to hot, dry to swampy, high and low. Ultimately, for a world where humans and dinosaurs coexist, one of three things would need or have happen. 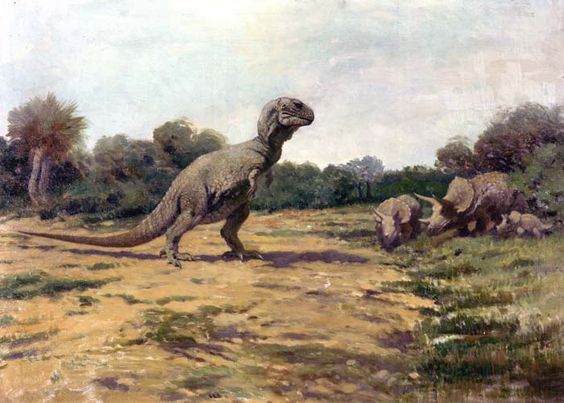 1. Assuming you're using "Ye Olde Dinosaurs", then those forementioned climactic limits would probably be more in effect. While even Herbivorous dinosaurs could have some extra blubber for those lean times, it wouldn't be enough to live in arctic environments. That'd be where humans would have to set up cities. Farming spots would be prime competition with destructive herbivores; humans would either need to take up herding/ranching, or would be stuck as hunter/gatherers, in small tribal communities. 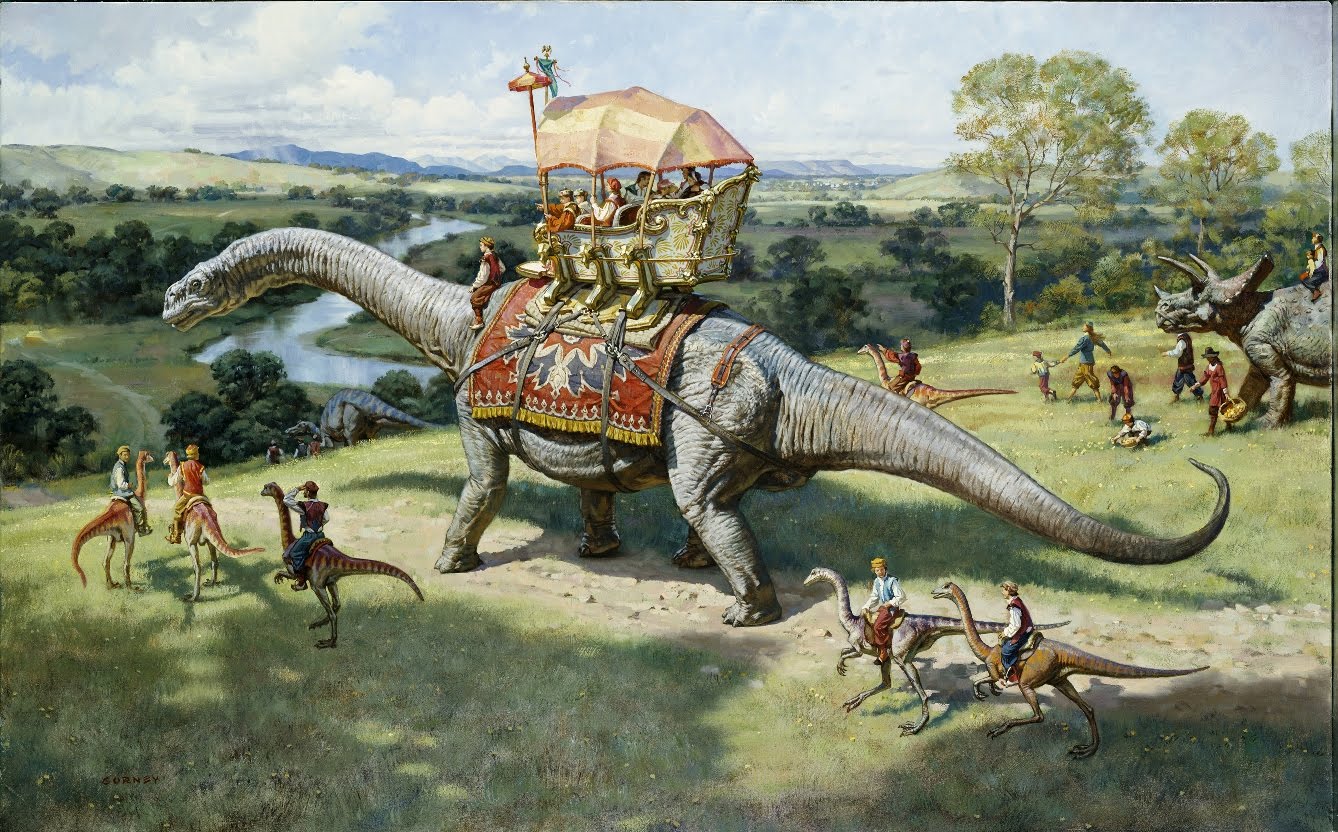 2. Humans could take a page from Dinotopia, and basically have mobile towns atop Sauropod herds. Imagine houses on individual dinosaurs. Traveling together in a herd. The humans could hunt smaller species which hang around sauropods, or even take a couple of the great herbivores for themselves once in a while, and in turn protect the herd from other threats.
...fanciful, I know, but hey. It could fit in your world! :) 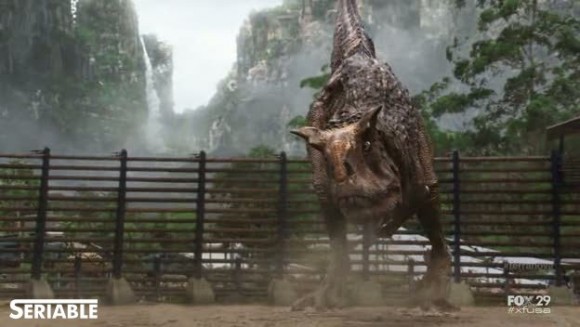 3. While I myself am not one for violence or senseless hunting/killing, selectively reducing the populations of large dinosaurs in given areas could give humans room to build up stable and sturdy fortifications. Whether they can KEEP those locations is another matter.

Like I said, a lot of this depends on which groups of dinosaurs you have in this environment, and how they have evolved. 65 million years is a long time to make evolutionary advancements, so there's a lot to consider here. Hope this helps.

Organize the geography and plate tectonics so that there has been a super-continent full of dinosaurs and another continent where humans evolved separately.

Continental drift eventually brought the two land masses into contact with each other. Now you have a continuous land-mass where humans and dinosaurs co-exist.

Basically evolution has worked its magic on two isolated populations of organisms in two different environments. One environment favoured dinosaurs and their continuing survival into the same epoch where humans had evolved too.

Because this is an imaginary world, you can assume whatever dinosaurs you like are present. You can, for example, assume the Age of Dinosaurs started, at least, sixty-give million years later on this planet than it did on Earth. This brings humans and dinosaurs together.

Don't worry about K-T impactor asteroid, in this world it didn't happen. That may have happened to Earth, but this isn't part of this world's history. Simply forget about it.

Essentially allow two separate evolutionary biomes. One with dinosaurs, and the other with humans. For the purposes of your story they can brought together recently in terms of geological history. The world now has both dinosaurs and humans.

Not the answer you're looking for? Browse other questions tagged science-based dinosaurs .

10
Who would win? Dinosaurs vs Mammals
6
What would it take to purposefully bring about the end of the world by "gray goo"?
9
Could a Dinosaur make tools with only three fingers?
7
Human Evolution if Dinosaurs never died off
16
How could a plague that killed off the dinosaurs come back?
23
Metal that glows when near pieces of itself
2
How Would Victorian-Era Firearms Fare Against Dinosaurs?