The Key For a Longer-Lasting, Steampunkier Industrial Revolution

From 359 to 298 million years ago, the "Carboniferous Coal Swamps" dominated the continents. 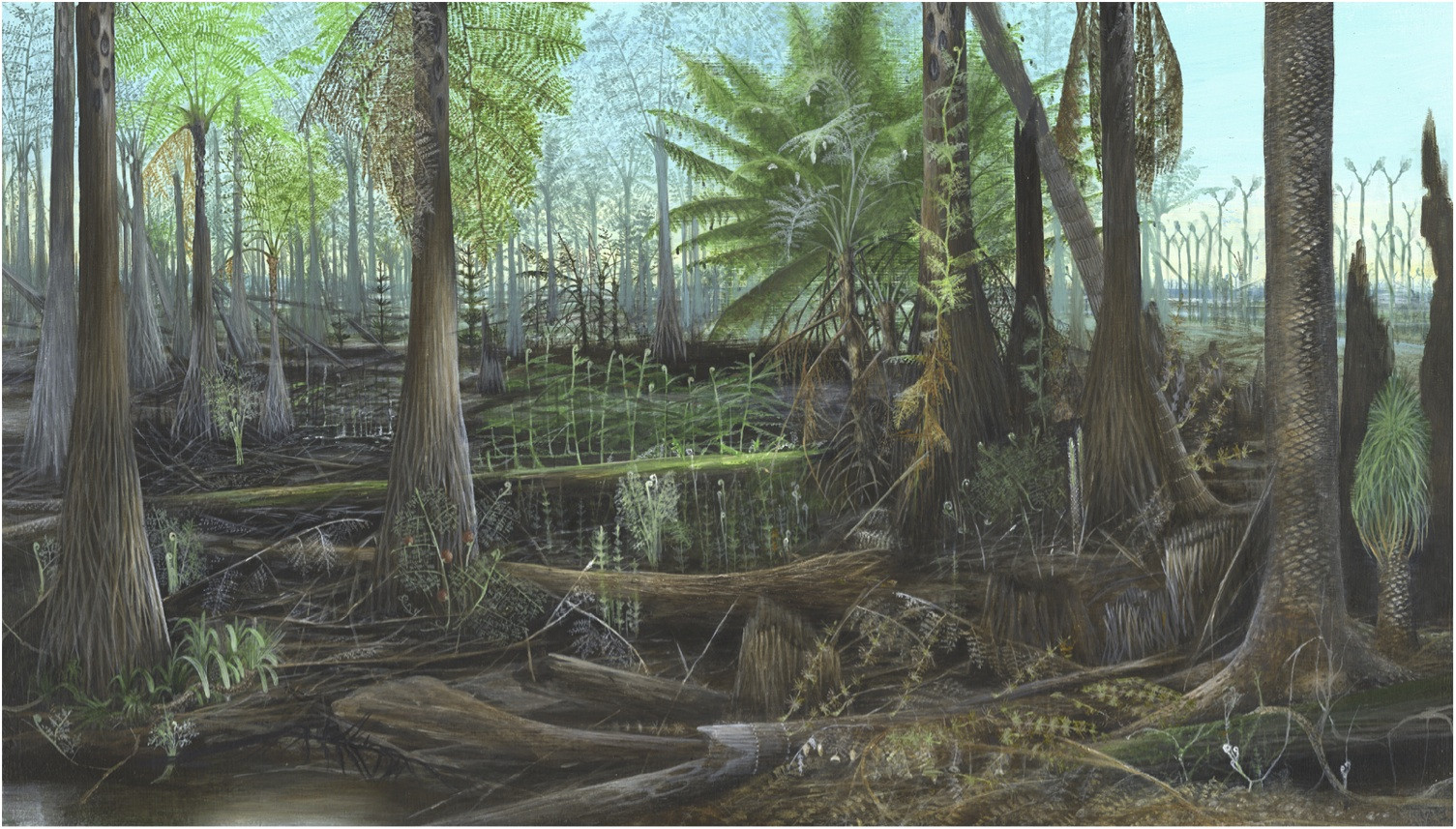 It was the Carboniferous coal itself that sparked one of the greatest watersheds in human history--the Industrial Revolution, spanning from 1760 to either 1820 or 1840.

60 million years of dead plants solidifying into coal had fed an age of revolution in Europe. It is surreal to comprehend...

In this alternate scenario, the Industrial Revolution began in China, around the 1330s CE, after the newly appointed emperor decreed an end to the old ways (Daoism, Buddhism, etc.) in favor of a future of progress. (Picture a medieval Mao Zedong.) It wouldn't be until the 15th century that China would decree expanding and updating trade by inventing rail transportation, starting with a railroad starting in Beijing, crossing through the wilds of Mongolia and Russia, then dividing Europe in half before bridging the Strait of Gibraltar to Africa, cutting off the rock of North Africa and the sands of Israel, Syria, Iraq and Iran before crossing through India and finally completing the circle right to where it began--Beijing. When the Asian and European migrants colonized the New World, they'd take the Industrial Revolution technology with them. This alternate Industrial Revolution would end sometime in the final legs of the 19th century.

It's not just the length of the Industrial Revolution that's being augmented. It's the scope as well. 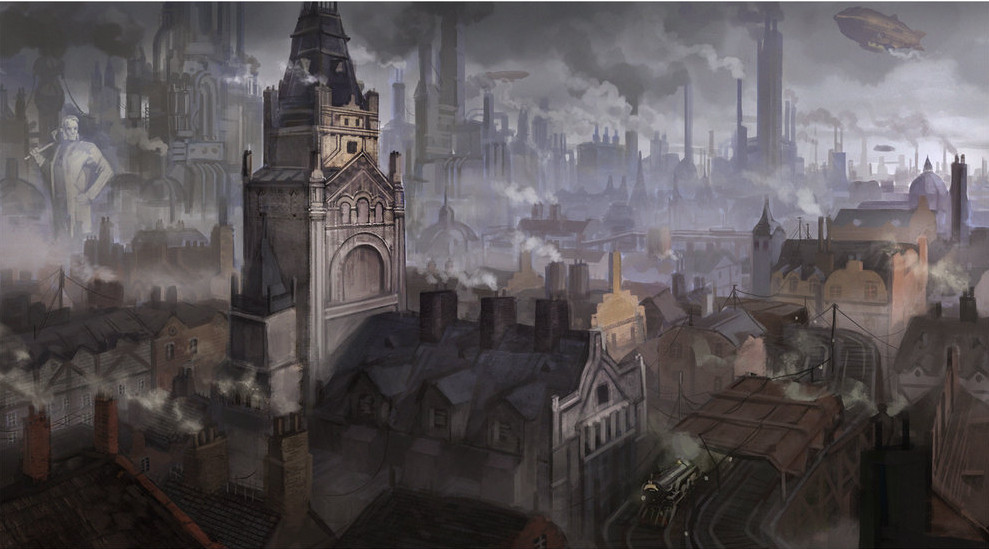 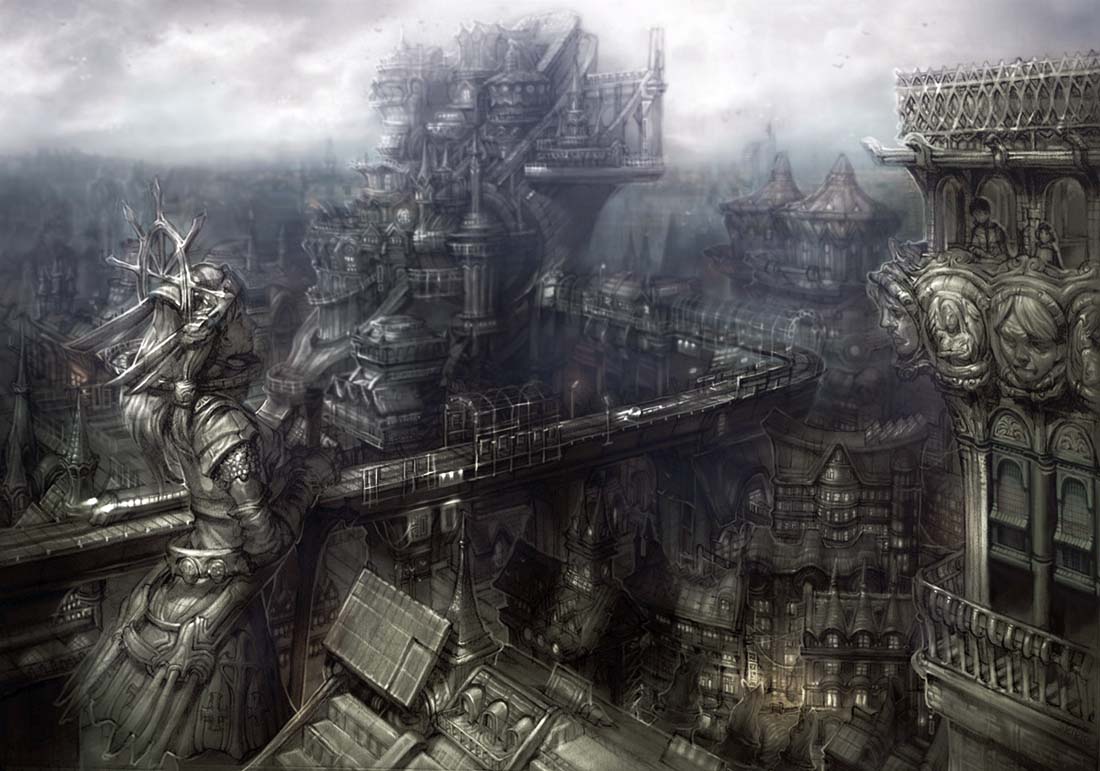 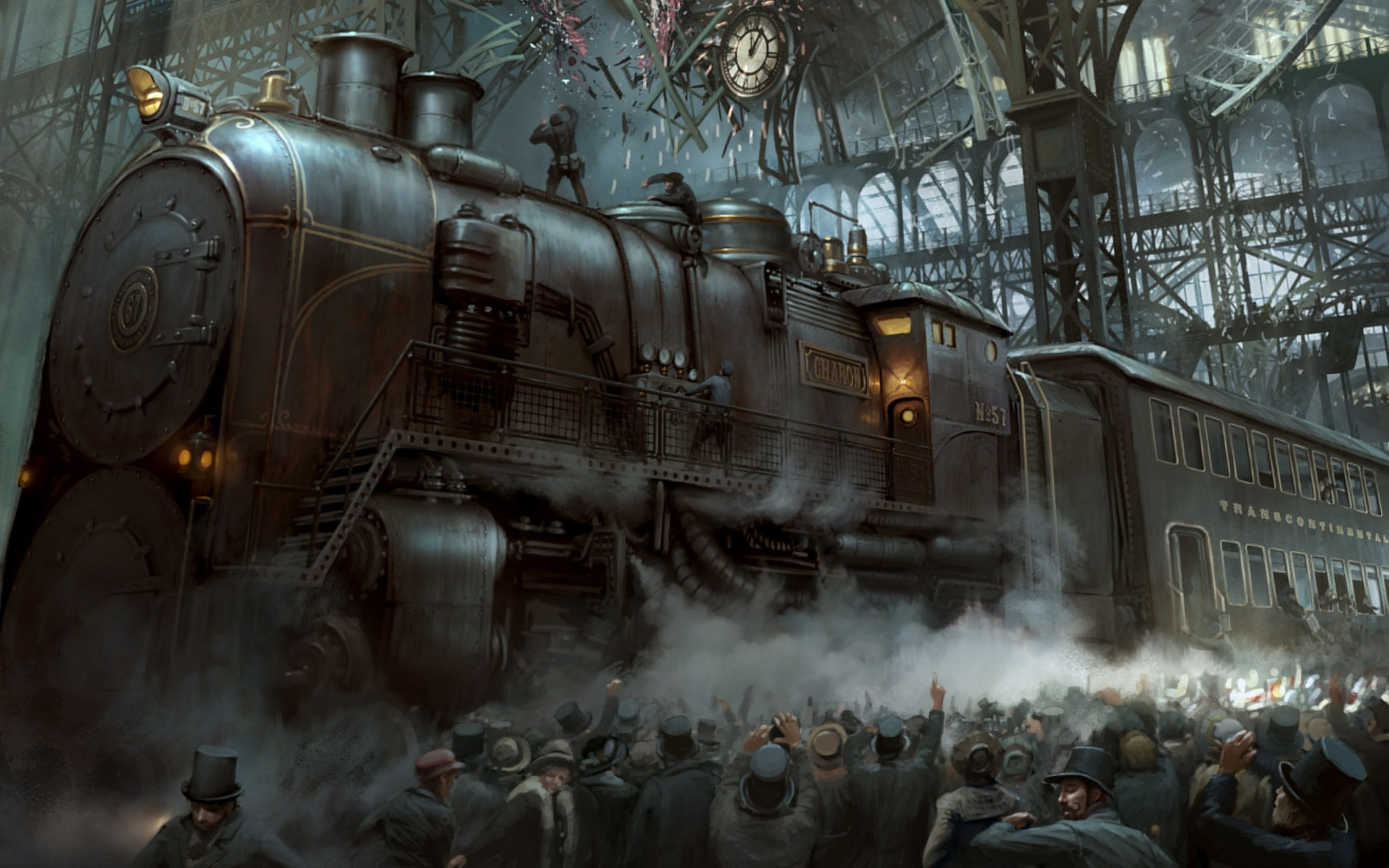 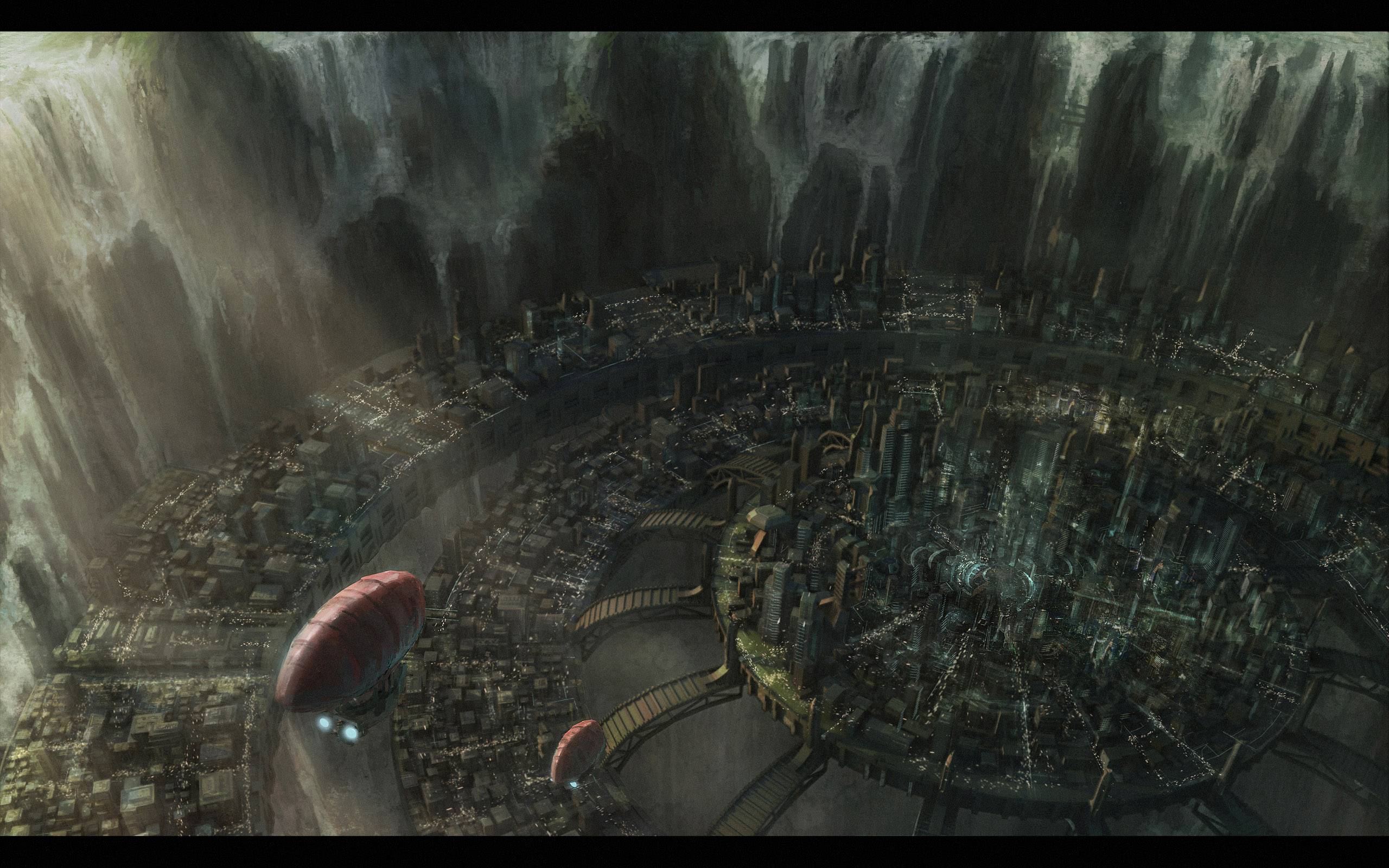 These paintings don't show any ordinary Victorian fantasy. This is steampunk, and one of its most popular features are larger, grander buildings and boatloads of airships. In steampunk, the sky really is the limit, but its scope can't be realistic if the coal swamps of deep time lasted only 60 million years.

So what geological point of departure would I need to give Planet Earth enough coal to feed an Industrial Revolution of the length and scope proposed above?

It's not that you need more coal. Hundreds of years after the start of the industrial revolution, and the world still isn't particularly close to running out of coal, even after long term increases in consumption. What you need instead is a lack of availability of other fuels-- no oil, no gas, no hydro, solar, etc as realistic options. Because oil and gas are produced mostly in the oceans, you could have a world with minimal tectonic plate action to move land to where the oceans used to be. Hydro power and wind will be developed as soon as the coal-fired generator/electricity itself, but these technologies, as in our world, could easily be too rare/expensive to develop on a large scale. Nuclear power of course can only be developed once atomic physics is well understood. All of this leaving a world dominated by coal.

There's only one problem. China and India are huge coal users in our world, but they don't have steam powered trains. They use coal for electricity generation. How are you going to prevent this from happening? Perhaps the coal in your world is very clean-burning, so there is no incentive to switch to electricity from the steam- powered model.

I'm thinking Money might be more important than Coal.

We make the changes we do primarily because it's either more successful monetarily, or more efficient in terms of labor. the later flows right into the former.

So if we got to some handwaving point where an external combustion, coal burning steam engine remained the cheapest and most efficient way to do things rather than processed petroleum, you would get a longer lasting steam age.

Maybe you could kill off a few key scientists like Otto, and drive Lenoir insane. While you are at it, make Edison not a jerk, and give Tesla more business sense. Have Wilbur Wright run over his brother in a tragic bicycle accident.

Make Helium more plentiful and available for airships. Or at least changing the doping method for a hydrogen gas bag. Zeppelins were expensive, but they would remain viable as long as fixed wing flight is delayed.

In all of the above things, you would be retarding the growth of those technologies that displaced a lot of the stuff that we think of as Steampunk, while at the same time keeping the older tech economically viable

Bonus points if you identify some prominent Art Deco architects, have them start their own influential schools, and make them even more successful. Them and the guy who designed all the wonderful radio cabinets from the 20's and 30's.

Not the answer you're looking for? Browse other questions tagged reality-check alternate-history geology prehistoric-times or ask your own question.