A binary planet system consisting of two terrestrial planets (hereafter Alpha/α and Beta/β). The system barycentre (C) is between the two planets; for the sake of this question the exact position is variable as long as it remains in the space between the two, but closer to Alpha than to Beta. They are tidally locked to each other.

Alpha is a continental planet comparable in all aspects to Earth (i.e. within 20% of size, mass, surface gravity, etc), with tectonic activity at least as active as on Earth (e.g. global average tectonic plate speed is no less than ~7 cm/year).

Ideally Beta is similar, but consider its dimensions and features as variable (so long as it remains a terrestrial planet) as needed.

Which – if any – of these scenarios is the most plausible?

A dense ocean plate becomes fixed below the barycentre in its area of influence. The plate may drift or rotate within this area.

A thick and mountainous continental plate becomes fixed below the barycentre in its area of influence. The plate and its mountains may drift or rotate within this area.

A hot spot or upwelling from the mantle becomes a fixed feature below the barycentre in its area of influence. Plates drift freely, causing a chain of volcanoes. The oldest volcano attributed to this hot spot is no less than 100 million years old.

Before you say none of the above...

(And I'm completely open to that answer.) Would positioning the barycentre directly on the surface of Alpha make a difference?

I have problems to find a good formulas, however:

Theoretically continent plate and continental plate remain in hydrostatic equilibrium, so none of them would be specially preferred over the other. Earth, because of rotation has got geoid shape. Here, because of slow rotation (tidal lock) of this gravitational interaction, instead of "squeezed" sphere, you'd get a "stretched sphere", something similar to Earth with tide, but tide would not only affect hydrosphere but in the long run the whole crust. 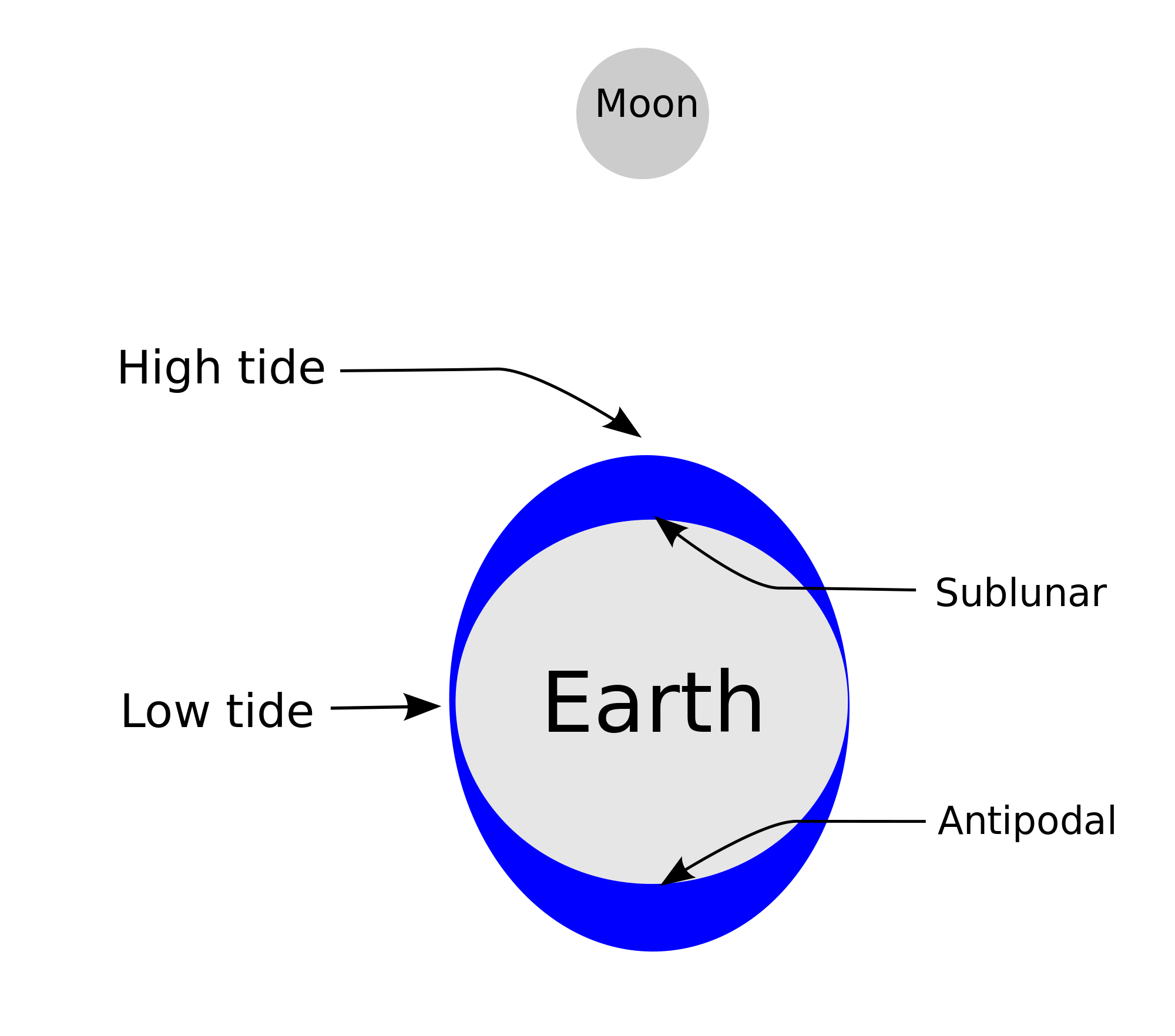 In the same way as such not perfectly spherical shape has not influenced location of land masses on Earth, same would apply to your planets.

2) For geologically dead planet (like Mars or the Moon). A bit more tricky, as it would no longer be able to return to equilibrium shape. If a tiny planet first become geologically dead, then lose significant part of hydrosphere and atmosphere (possible, no protection from magnetic field, plus it had lower gravity at start), then the most stable position would be showing some big continental crust both towards the other planet and in the exactly opposite direction.

I agree that it’s none of the above. There is no mysterious “barycentric influence”. The planet will take the shape based on gravitational potential so it will be out of round. But given that shape, features can be present anywhere with the same effect: it is “sea level” everywhere and objects are not attracted or repelled because the sea and crust already form the right shape.

Now if the world were not in hydrostatic equilibrium but was cold and solid and fairly small, and it was slightly off balance due to its history, then it would prefer o face the heavy side away from the partner. But that's not the case you described.

If you want to find something special about the point below the partner, try looking at the Coriolis force. Since the planet is rotating about a point outside of itself, it will behave rather strangely from our point of view. Besides weather and ocean currents, this may affect mantle convection, biasing the plate tectonics in ways we don’t see on Earth.

This answer is to add some basic background data. Since this is science-based, I wanted to provide this to keep answers from getting too out of hand.

Earth:Moon has a ~100:1 mass ratio. The moon is tidally locked to earth, but not earth to the moon. The Earth will eventually become tidally locked too...it will just happen after the sun eats the earth so its a moot point.

Pluto-Charon has a ~10:1 mass ratio. Pluto and Charon are both tidally locked to each other; they are both in synchronous orbit around each other. This is the situation for planets A and B.

The Earth-Moon barycenter is 4671km from the earth's center, or about 2/3 of the way out from the core.

The Pluto:Charon barycenter is 2110km from Pluto's center, which is about 1000km above the planet's surface.

40
Habitable moon of a gas giant: working out the sizes and distances
3
Is it possible to alter plate tectonics?
12
Smallest planet that can maintain plate tectonics?
73
How could a natural road form across a sea?
2
Designing a super-comfortable Earth analog
8
How much surface water do I need for plate-tectonics on a planet?
3
Possible for a large enough structure to survive plate tectonics?
2
Are my plate tectonics/land masses realistic?
2
How would geothermal heating affect ocean currents on a rogue planet?