In my world the human race exists on an infinite plane; 250,000 years of history conspire; things happen; and BOOM: a modern empire that controls what it though to be the "world" embarks on a new age of colonization.

After 50 years it faces a problem: A huge-as-Hades ocean lies between its farthest flung colonies and whatever that lies to the south. No one has ever been across it; some say it goes on forever while others say it is uncrossable. Due to the government of the aforementioned empire not wanting to be bottled in – there is a very large polar region to the north and extremely dense desert and jungle continents to the east and west – it pools the vast wealth, resources and modern technology of its great nation to construct a fleet of colony ships.

The Ships must cross 250,000 miles of ocean and must transport a total of 10,000 people to establish the colony (since it is so far away).

My Question is: what facilities, capacities, or amenities would such a fleet require to go the distance?

Edit: i am assuming modern as in "available today" technology.

How long does the cruise take?

A modern cargo ship (according to Wikipedia) goes 21-25 knots. That's roughly 21-28 miles per hour, let's go with 25, because i am lazy. Since i used to sail the oceans myself when i was younger, i do know that currents can reduce that speed to 0 or less (relative to sea ground) when strong currents are involved. Let's assume your ocean has strong currents that, over the course of the journey, cancel each other out. But keep it in mind if you want to make the journey interesting (or prolong or shorten it).

How much food and supplies are being consumed during that time?

How much can a modern cargo ship handle?

How many passengers can a ship carry?

So how many ships does our fleet need?

You need 4. A cargoship for food and supplies, a ship carrying the fuel (i suppose the cargoship will also carry 150.000 tons of colony supplies, clothing and all that stuff), and 2 cruise liners, providing a year worth of entertainment for our colonists.

You might want to build 4 identical ships, each carrying a part of crew, cargo, supplies and enough fuel, so you don't risk killing everyone by losing a single ship.

So how difficult is this?

Not at all. More like a nice, chill cruise :) And it's not even expensive...

Before sending out your armada blindly into the deep wide ocean, it might be an idea to know where you're going and roughly how long it'll take to get there.

So, you might want to send out drone ships to quarter the oceans. Drones won't need to be manned, so won't need the added weight of crew or provisions, so should have a longer range.

You also need to refuel them, so sending drone refuelling tankers out in waves should increase the scout drones ranges a lot.

You can use something like the refuelling plan from Operation Black Buck which sent Vulcan bombers from the UK to the Falkland Islands, allowing them a flight of 6,800 miles to perform a bombing run. 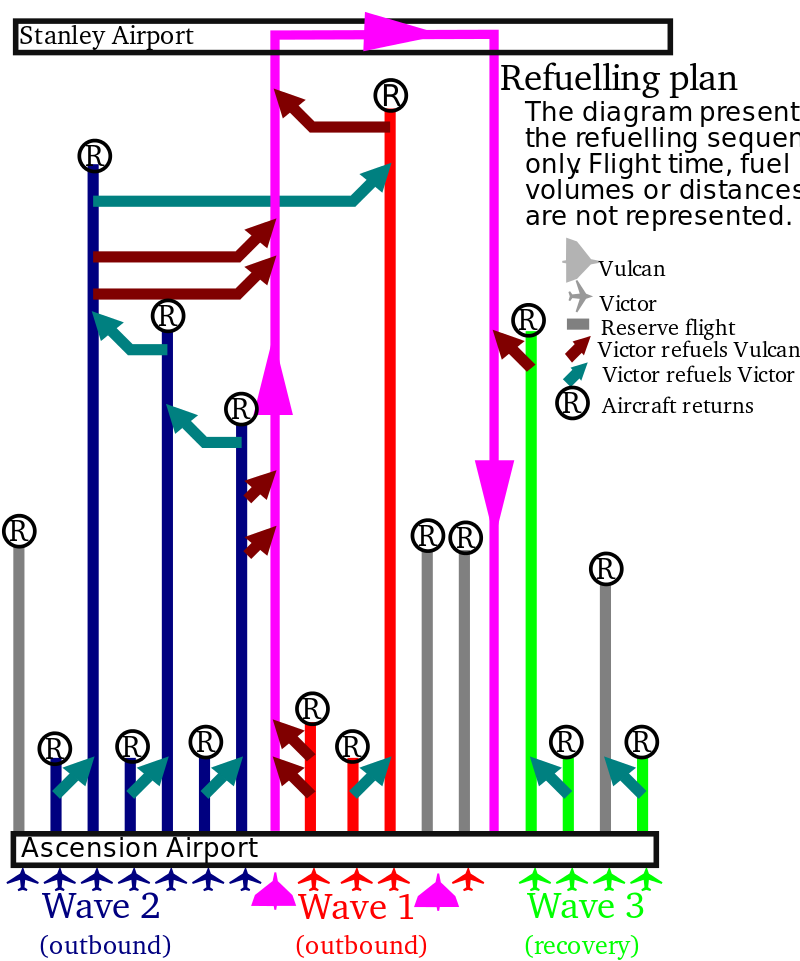 While the drones are out, you'll be starting to build your fleet. As soon as you know where land is, you'll have a plan as per Andreas' excellent answer.

The Vulcans, of course, knew where they were headed. Your drone ships will require an expanding spider-web of refuelling in a rolling conveyor belt.

Your refuelling drone ships can be considered expendable, which negates the need to recover them.

When you know where land is, you can send out a small manned scouting party (the party being small, not the men). Study the area, see if it's fit for habitation, check out the local population (if one exists) and report back. If it's not suitable, send more drones to map and investigate the coast line for more suitable landing spots.

Send your armada out to the chosen location, land, colonize, be happy. Andreas has all the details in his answer.

This doesn't seem like a problem at all. We can get to the moon and back in a few days and most of the fuel it takes is due to escaping the gravity well of earth. Traveling that distance without dealing with the gravity wouldn't be an issue imo.

There is no reason that they wouldn't build a set of built floating cities that harvest the ocean beneath them and farmed for bio-fuel.

So about a kilometer or 2 platform, a desalinizer, corn, and top soil. Set out thousands of kilometers apart as refueling stations for any food, water, whatever tht is needed. Also building this infrastructure out would allow for much easier and faster colonization in the long run, especially if there is something crazy on the other side.