Disclaimer: This question is the third of a new series of questions of mine about introducing hexapeds to the fauna of my conworld. There are/will be other questions addressing i.a.: characteristics, ecosystems, taxonomy 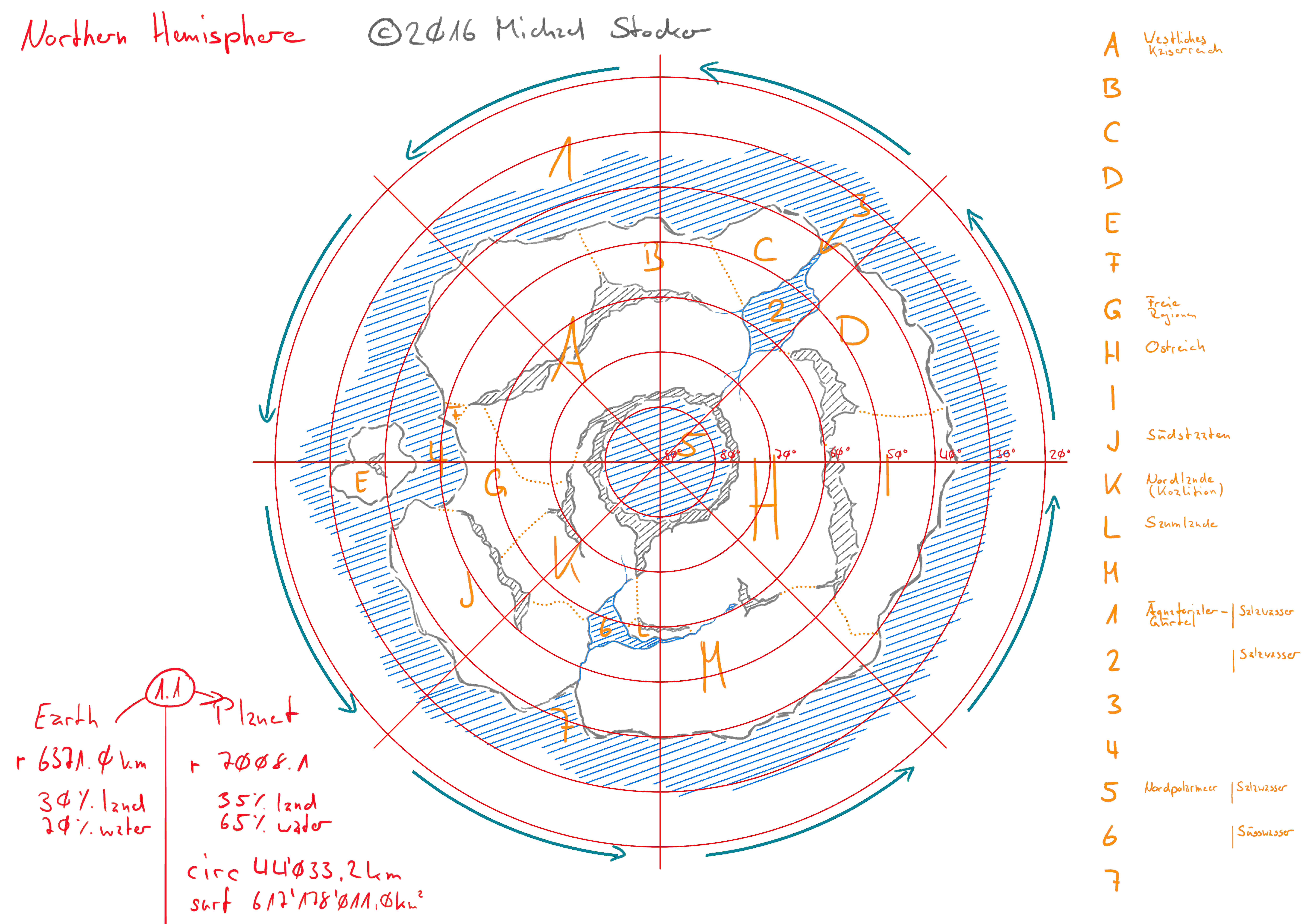 Evolution: The Beast-of-Burden (further BOB) has six legs and lives predominantly in the northern part of the continent. Its half-dozen legs have given it an advantage in areas where there's lots of uneven and loose ground, as well as more sole-area which helps it stay aloft in marshland.

It is generally agreed upon that features & traits such as mammary glands and live birth can be attributed to convergent evolution. The same goes for its rather long gestation and its multiple young with each birth.

The BOBs live in comparatively small groups of three dozen individuals at most. There doesn't seem to be a predominant alpha male or female and it has been observed that the whole group cares for young.

Question: What (prehistoric) sea-dwelling creature has the BOB likely evolved from? And how could its evolution have looked like?

Can I suggest something along the lines of the Queensland Lungfish

Fossil records of this group date back 380 million years, around the time when the higher vertebrate classes were beginning to evolve. Fossils of lungfish almost identical to this species have been uncovered in northern New South Wales, indicating that Neoceratodus has remained virtually unchanged for well over 100 million years, making it a living fossil and one of the oldest living vertebrate genera on the planet.

It is one of six extant representatives of the ancient air-breathing Dipnoi (lungfishes) that flourished during the Devonian period (about 413–365 million years ago) and is the most primitive surviving member of this lineage. The five other freshwater lungfish species, four in Africa and one in South America, are very different morphologically from N. forsteri. The Queensland lungfish can live for several days out of the water, if it is kept moist, but will not survive total water depletion, unlike its African counterparts.

Given that a plan form of six legs is so fundamental to an organism's body shape, this is a very very old feature. Assuming that the evolutionary tree of this world matches the progression in Earth's evolutionary tree, the body plan preference for six limbs over four limbs would need to happen at or before the divergence of Dipnoi (lungfish) from Amphibia (frogs) around 370 million years ago. Let's say that there is a further divergence within Amphibia where some developed four legs and some developed six legs.

Given the age of this divergence, the degree of speciation in four-leggers and six-leggers will be immense. Also, given the age of this feature, there won't be one single species that developed this feature. If there is, they will be long long dead by the time of this story (though it might have gotten lucky and survived unchanged for 350 million years. The nautilus has done something similar). At these ages, four leg species will be globally distributed as will the six leg varieties. 300 million years is just too much time for one phylum to stay completely geologically separated from another. But, just because they are found geographically mixed doesn't mean that in a given location the six leggers won't dominate the four leggers and vice versa.

It is not unreasonable to say that for the six leggers just do better up north and the four leggers do better down south. If there is some geographic isolation (that isn't clear in the provided map) then that should give the six leggers time to fill out more ecological niches at the expense of the four leggers. An example of this kind of domination is on the New Zealand islands. Till humans showed up, birds were dominant.

With the geographic isolation and time scales involved, the evolution of a domesticatable herbivore is highly likely. Progression from small six legged amphibians to lizards then into mammals might proceed nearly the same as here on Earth.

Having six legs also means that this world might see tool wielding griffons with two arms, two legs and two wings. Or birds with arms.

You're positing a split a very long way back. Things like the quadrupedal form and the pentadactyl limb developed so far back you'd almost have to posit another Class entirely to make it reasonable.

Convergent evolution is all very well as an explanation, and happens reasonably frequently in nature, but what you're saying there is that these creatures are known not to be mammals. What are they, then? Saying 'what might this thing have evolved from' is far too broad without more of a description than 'they have six legs and live in small groups'. I'm assuming from the name that they're about cow size and morphology, but is that correct? Are they six legged horses, dog-size cockroaches, snakes with a compensation problem or elephants with a limb surplus?

Assuming these creatures are vertebrates, and therefore chordates, you have an interesting problem regarding the attachment of the third set of limbs. Do you have a second set of scapulae? Something approximating a second pelvis? A swung-cage like structure suspended from reinforced vertebrae developed from the last two or three ribs of something otherwise roughly mammalian?

If they're not chordates as we know them, you have further options. Insects already have six legs, have done so for a very long time, and their main reason for being small is a lack of lungs - the oxygen in our atmosphere isn't sufficiently concentrated to allow them to function. Positing that a large species of insect developed internal lungs of some kind, perhaps by merging bundles of their tracheal tubes and enlarging a couple of their spiracules (giving you an insect with proto-lungs and 'nostrils' on its 'shoulders') would mean that as the oxygen levels dropped, they were able to stay large and perhaps even grow, eating vegetation which the other species of insect were no longer able to consume as effectively. Group size would drop due to availability of food and costliness of raising young, the transition from oviparous to ovoviviparous (and perhaps to viviparous given time) has happened a few times in several different families, and various creatures give milk - the Pacific Beetle Cockroach, for one.

If you don't fancy insects but the extra scapula thing bothers you, how about a parallel evolution of the endoskeleton? Something that doesn't have a spine, pelvis, ribs and scapulae, but instead depends on a mesh of hollow long bones pivoting on rounded cubes (think a body composed entirely of carpals and phalanges); their organs protected inside a cage of bone while their nerves are distributed rather than having a CNS to speak of. They might be able to carry quite a bit of weight, as they would have to be tied together internally with tendons and would therefore be motile Hoberman Spheres. The legs would therefore just be the same construction with a set of much-enlarged cubic pivots within the body, two greatly-lengthened internal bones and a 'club foot' consisting of a very large pivot bone with padding and keratinised skin. That could have evolved from... well, almost literally anything you like, because the vertebral column developed so long ago.

My point isn't really to seriously suggest the foregoing, but to point out we could really do with some more information.

On a more serious note, this might not be as good an idea as you think. Hexapedal creatures are cool, but six legs is actually not as efficient in large animals as four legs. Legs are heavy and require lots of nutrients to maintain, while providing only small stability and motility benefits. They're also slightly harder to coordinate.

See this for how hexapedal creatures have to be constructed to move efficiently.

Not the answer you're looking for? Browse other questions tagged creature-design evolution fauna xenobiology .

19
How to make my Beast-Of-Burden work?
9
How would flora behave on a two continent planet?
11
Vertebrate-like creatures with more than four limbs
10
Where would my hexaped Beast-of-Burden fit into Linnaean taxonomy?
5
Plausibility of Hexapodal Aerial Megafauna

18
How did the Armatae Bestia evolve studded plates?
19
How to make my Beast-Of-Burden work?
10
Where would my hexaped Beast-of-Burden fit into Linnaean taxonomy?
11
How did the Booze-Rat evolve its defensive mechanism?
10
What would terrestrial animals derived from cnidarian ancestors look like?
44
Why did dragons evolve to be smart?
4
How could mammals evolve to resist damage from fire?
3
On what conditions would a four-eyed creature evolve to have six eyes?
1
How could an amoebic sea evolve?