I have read about protagonists who get smashed through buildings, going through earth's atmosphere from space onto earth's surface unharmed , get launched across the sky and smashed into concrete. Generally coming out relatively injury free with only some scratches.

It seems feasible enough that we could have some kind of super high density bones and really really hard skin, right?

I would guess that looking at the limits of what other animals and materials are capable of would be a good start. It may well be biologically possible for example to have bones based around iron or perhaps even titanium instead of calcium, which may well give much greater strength.

Muscular power to support such a skeleton shouldn't be too big an issue either, humans are really quite weak for our size and to have a much greater muscle mass would be entirely possible - although at the cost of a very high metabolic rate to keep everything supplied with energy.

But I think that typical depictions of superhumans just go too far - there's no way that a human (even with steel bones) is going to smash through a double breeze-block cavity wall. Even if the bones are extremely strong, the muscle and connective tissue has its limits.

I think you might be looking for Graham, the crash-proof man 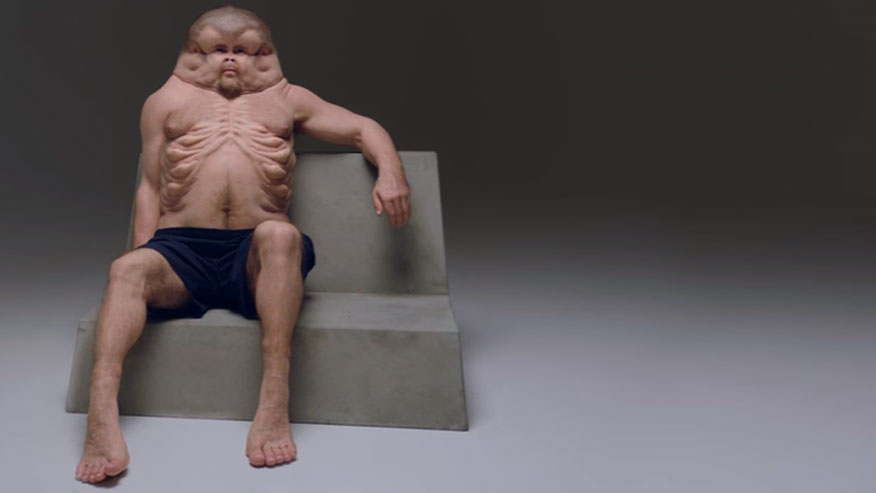 This was a mock-up dummy made to highlight how human bodies are vulnerable to road accidents. However, he might well form the basis for your super-human.

Just for fun, some really hard to kill things

The only hard problem here really, is that better defenses come at a cost. For example, harder bones are usually more brittle. And they are biologically expensive which can be taxing on the diet. (We would have to eat lumps of raw iron if we evolved to use iron instead of calcium for our bones)

And likely we would evolve to just have specific areas, like head hands and feet, to be sturdier to make it easier biologically to maintain. But the most cost effective forms of durability are either evolving an exoskeleton, or evolving to be very squish-able (Have you ever tried to break a stress ball? You have to take an ax to those things X3).

Its all about how things are attached to each other.

Honestly are biggest weakness isn't bones or things like that, its that our organs are not well connected to the rest of the body and several just hang in cavities. If a human was more or less solid connected tissue all the way through we would be very hard to injure from impact. An impact sufficient to rupture skin or connective tissue is quite massive. The impact that kills you in a hypothetical car crash is not your chest hitting the wall at 60mph, (your body can handle that surprisingly well). Its your internal organs hitting your ribcage as 60mph the causes massive internal bleeding. Your brain is particularly bad, it is only connected to the body at two points; a tiny spot right between the eyes and at the base of the spine. Even just a few more attachment points in the skull would drastically reduce brain injury.

Of course there are downsides to this, like the fact the heart needs to hang free to beat efficiently. This doesn't mean you won't be injured either but you would be fatally injured.

Not the answer you're looking for? Browse other questions tagged science-based biology super-powers or ask your own question.

12
Generating a Magnetic Field Biologically
3
How do I explain the formation of my world scientifically?
2
My ship is traveling at 0.05c, is the energy from debris impacts trackable?
7
Feasability of plasma based garbage recycling into pure constituent elements
33
Why isn't my superhuman always hungry?
6
Effects and feasability of a modern-day Olympus and Hephestus
68
What (modern) weapons could be used to destroy skeletal enemies as completely as possible?
5
Superhuman muscles that can stop bullets; would they look vastly different?