From 5.96 to 5.33 million years ago, disaster struck the Mediterranean Sea. A tectonic snag turned this... 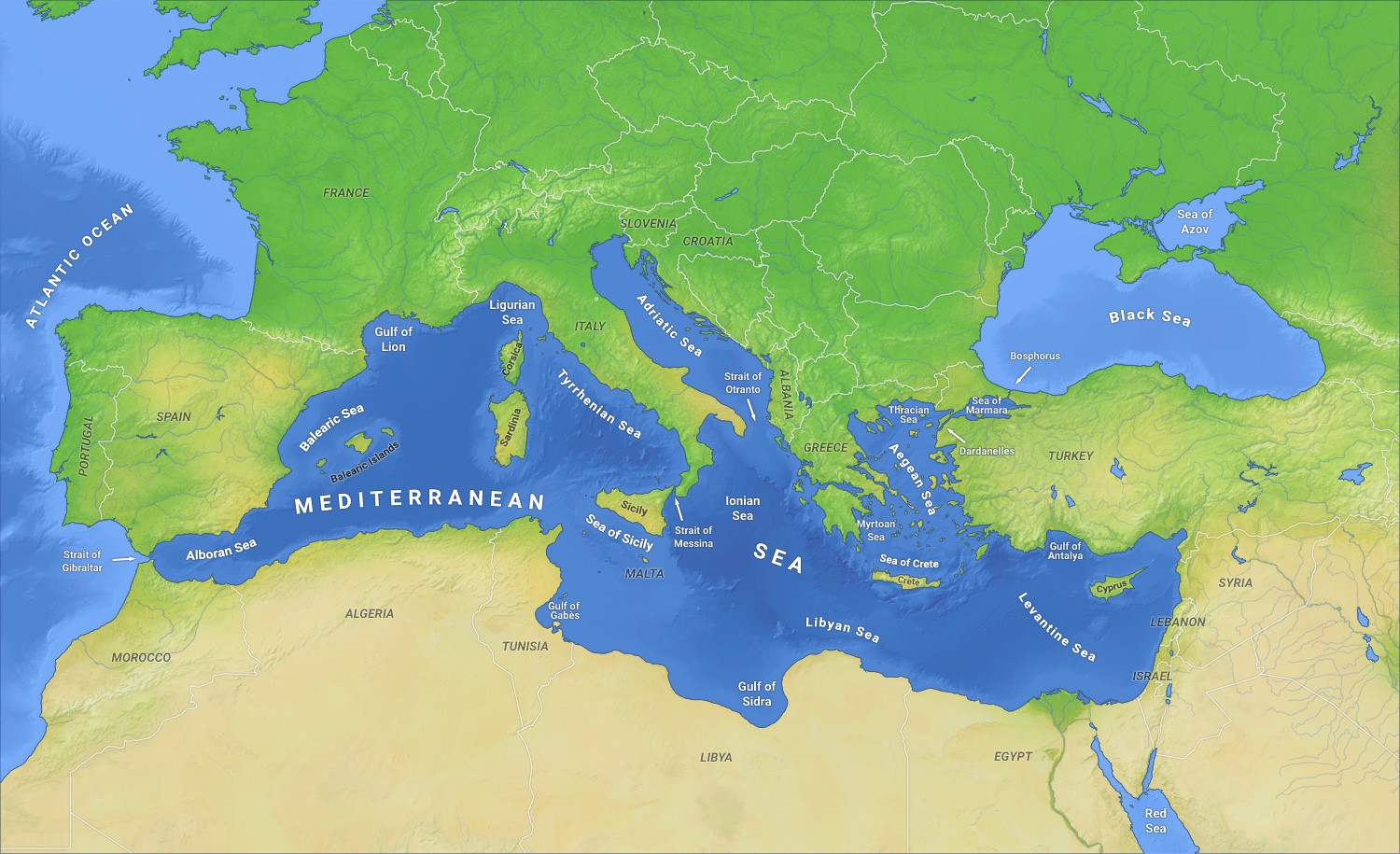 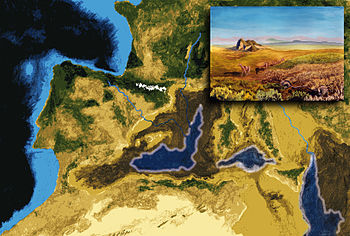 In this alternate scenario, the sea separating modern Europe from modern Africa isn't the Mediterranean, but one of our old friends, the Tethys. 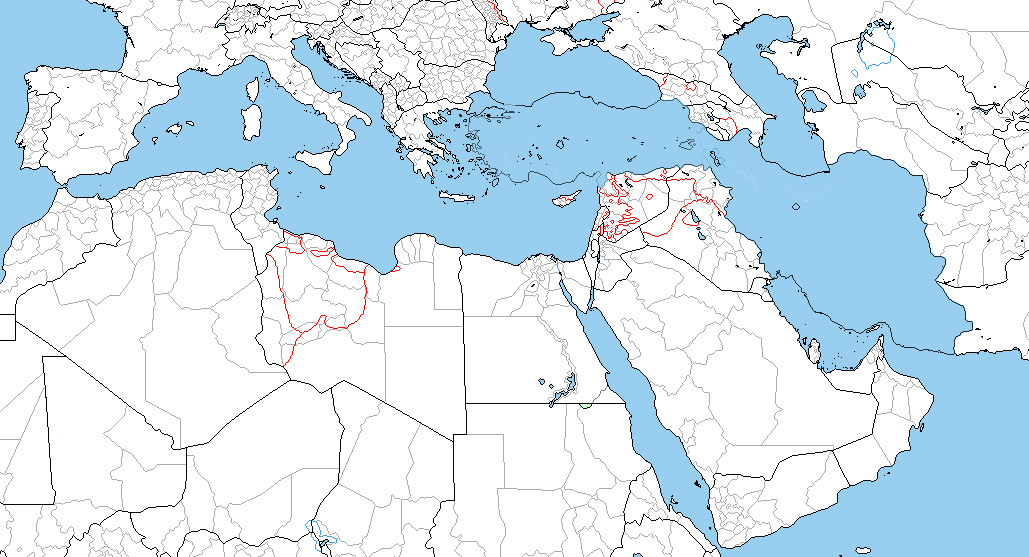 As you can see, unlike the more shut-door Mediterranean, the Tethys has two openings--the Atlantic on one side and the Indian on another. Assume that the Tethys had its own salinity crisis in its geological history. With connections to both the Atlantic and the Indian, would the extent of evaporation and dehydration be as bad as back home? Better? Or worse?

Unlikely without an Ice Age

Assuming the same evaporation deficit that exists today existed then, you still won't have a serious drop in water levels unless all connections to the seas are sealed off.

An ice age would dramatically reduce sea levels, causing proto-Gilbraltar to block at the west, and perhaps expose the shallowest areas of the eastern connection. Glaciation might also help stop the basin from recharging from the east, for part of the year.

If evaporation caused the same severe heat as was posited for the recent (6 million years ago) crisis, the Tethyian Crisis might be self-mitigating, boosting temperatures and sea levels, thus accelerating its own recovery.

Not the answer you're looking for? Browse other questions tagged science-based geography sea prehistoric-times or ask your own question.

4
Turning the Mediterranean into a sort of NeoTethys
4
A Completely Different Africa
1
The Tethys Renewed: Where Cold Meets Warm?
14
How was the Helium Density Crisis of 2017 resolved?
8
What sort of habitats could exist Pre-Zanclean Flood which formed the Mediterranean Sea?
6
Maximum realistic salinity level with thriving aquatic environment?
5
Northern Great Lakes in an Alternate Island Africa--Would the Sahara DESERT Still be Around?