How do I cheaply move things into space?

Building things in space is a massive benefit as the weightlessness and lack of stress means the only restraint is the amount of resources available for construction. But therein lies the problem, how do we move things economically into space?

Assuming 22nd century technology or less, what is the cheapest way of moving large amounts of resources into space (think in the region of dozens of tons)?

The problem to solve is to both raise objects to orbital height and to impart enough momentum to achieve orbital velocity. Getting to space altitude isn't all that difficult, the V2 rocket could almost achieve the 100km altitude for reaching space with 1940's technology, and small craft like the X-15 or SpaceShipOne have been able to achieve this threshold as well. 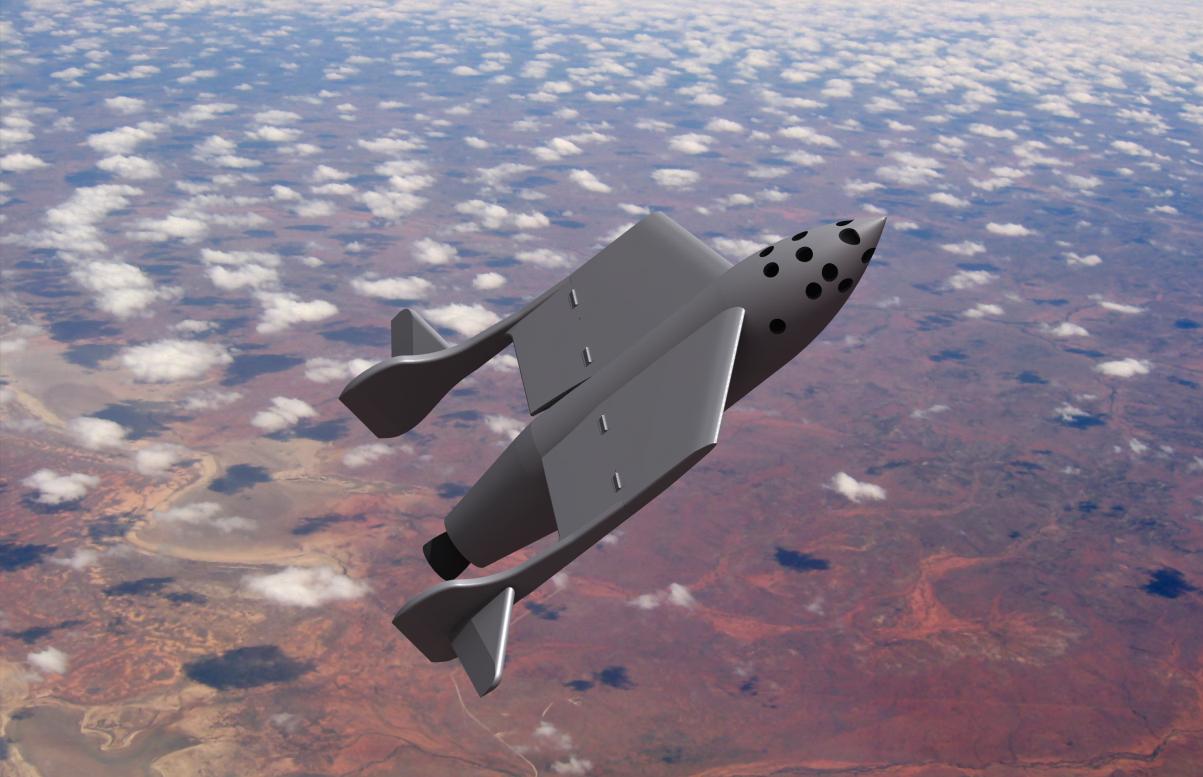 Getting into orbit requires considerably more energy, since you need to be accelerated to a speed of @ 7 km/sec. The Russian R-7 was the first rocket to launch a satellite into orbit, and this monster weighed about 260 metric tons at launch, as opposed to the 12 metric tons of a V-2 at launch. 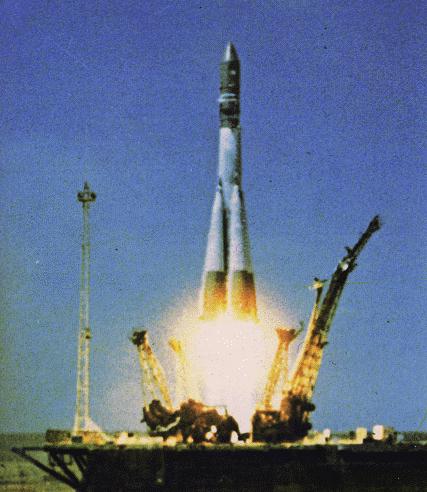 Physical structures like the space elevator, Lofstrom loop, Space Fountains, Startram and so on need to be incredibly massive in order to achieve the same goals as a rocket. This might be thought of as comparing a cross channel ferry with the "Chunnel" in terms of the amount of time, energy and resources needed. This also gives you an idea of what these ideas are up against; the Chunnel is thousands of times more expensive than a ferry, but can throughput a much greater volume of traffic, which means that the costs can be amortized over a large number of paying customers. At the current rate of space launches, there is no possibility of recovering the cost of a launch megastructure like Startram (which could possibly be built using near term technology), much less advanced concepts which still need extensive R&D like a space elevator or the Lofstrom Loop.

Without a high demand, the price of space launch will not come down, but the sorts of megastructures that can bring prices down won't be built until there is sufficient demand.... 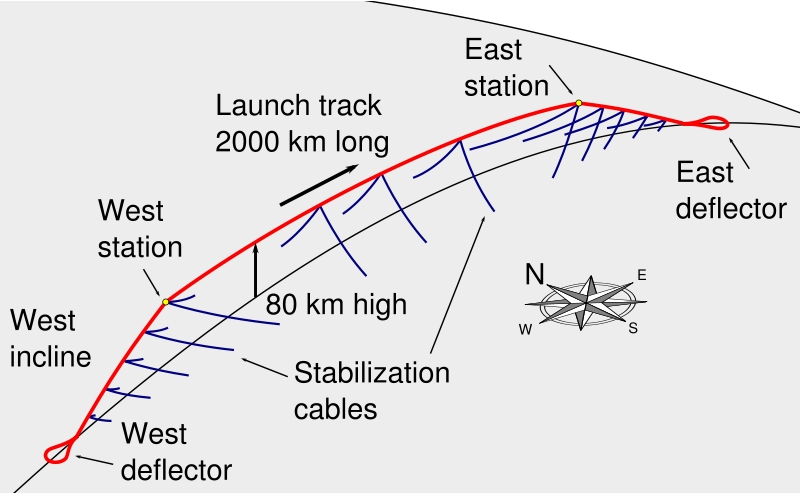 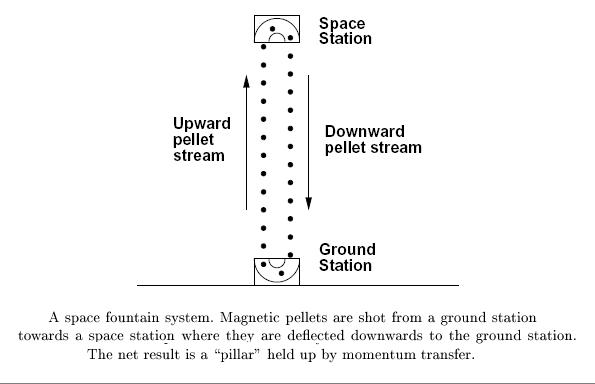 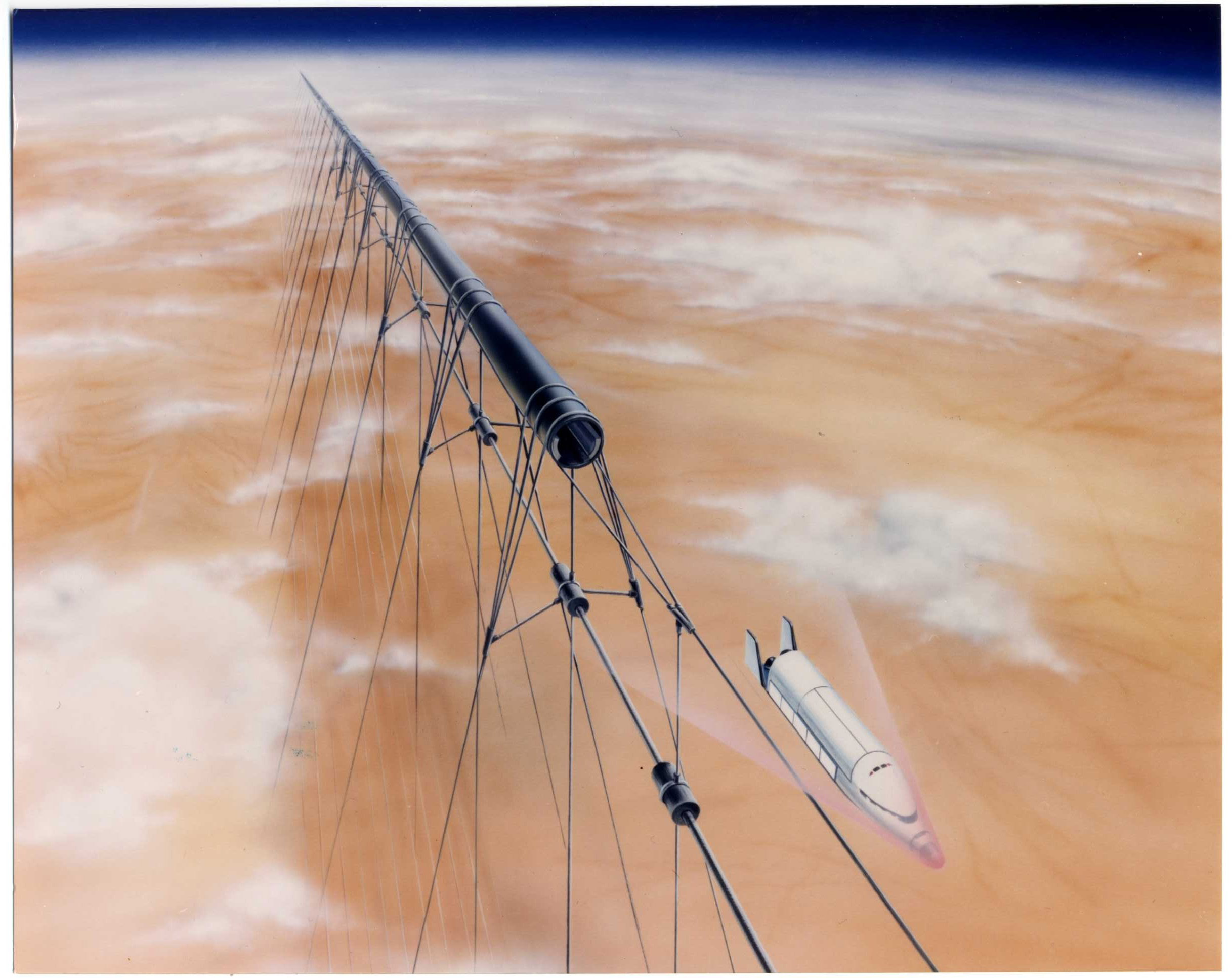 Space elevator is the technology you are looking for.

They are permanent structures lifting cargo up to space. It uses a climber car to ascend and quite efficient. Its construction is possible and even there are discussions we should start building one. You will simply need a material that is strong enough to resist tidal forces. Carbon nano-tubes can easily handle that load. For more technical details refer to this wiki article.

Get the raw materials from space. Build it in orbit. Drop the finished product on the surface.

Mine stuff from the Moon, or from asteroids. There's a lot of them, and there's (very likely to be) no life on them so there's no environmental concerns.

Anything you have to ship can be done via two ways: Space Elevator, and a Space Cannon company called Quicklaunch.

The key, in my mind, no matter what the specific solution, is that it's reusable and capable of a high launch rate.

There is no inherent reason for, say, a space elevator to be cheap and for rockets to be expensive. There are essentially four types of costs to any launch system: Development costs, manufacturing costs, per-launch costs and 'standing army' costs. For a reusable system you can add maintenance. Development costs must be amortized by by doing a number of launches, manufacturing costs must be amortized by launching the same vehicle a number of times (or using the same structure, in the case of a space elevator or fountain, etc.). Standing army costs represent the people and equipment you need just to keep up the ability to launch. It might cost hundreds of millions or more per year just to keep up your launch capability, independent of whether you actually launch anything. This, again, means you need a bunch of launches or each one will be very costly.

If you launch often enough and reuse your vehicle enough, then hopefully everything but the per-launch costs (including fuel, mission control, etc., all relatively cheap) will be minimized.

If you have a space elevator that cost $20 billion to develop and build and costs a billion each year to maintain, and can only launch, say, five payloads per year, it'll be expensive for much of the same reasons our current rockets are expensive. Conversely, if it costs the same but lifts a payload every day it'll be cheap.

So to answer you question, I think you'd be justified to pick any system that has matured and sustains a high launch rate. Take reusable rockets, a space fountain, whatever you like. One or more of them will have become mundane and commonplace in your setting, getting you the cheap launch you need.

In terms of realism, resources, and money, I think that using reusable shuttles is still the most cost effective way of getting stuff into space.

I assume by this stage that some kind of renewable energy would provide the propulsive lift.

Huge structures like the fountain and space elevator would end up be massively expensive and would require world-wide funding.

Not the answer you're looking for? Browse other questions tagged science-based reality-check technology economy transportation or ask your own question.

6
Could a 19th century space gun be of any use today in space exploration?
9
Could a 19th century setting support purely mechanical orbital satellite and manned orbital launches?
6
How plausible is this as a corporate motivation?
3
Feasibility of Space Nets
10
What tech is needed to make underground building cost effective?
2
Is it worth having artificial gravity by propulsion, in orbit or in “free space”?
8
How would a 21st century army supply an invasion of a floating continent?
10
Using brine as construction material for an ocean floating town
20
Delivery of minerals to Earth from the asteroids by artificial meteorite or solid metal glider